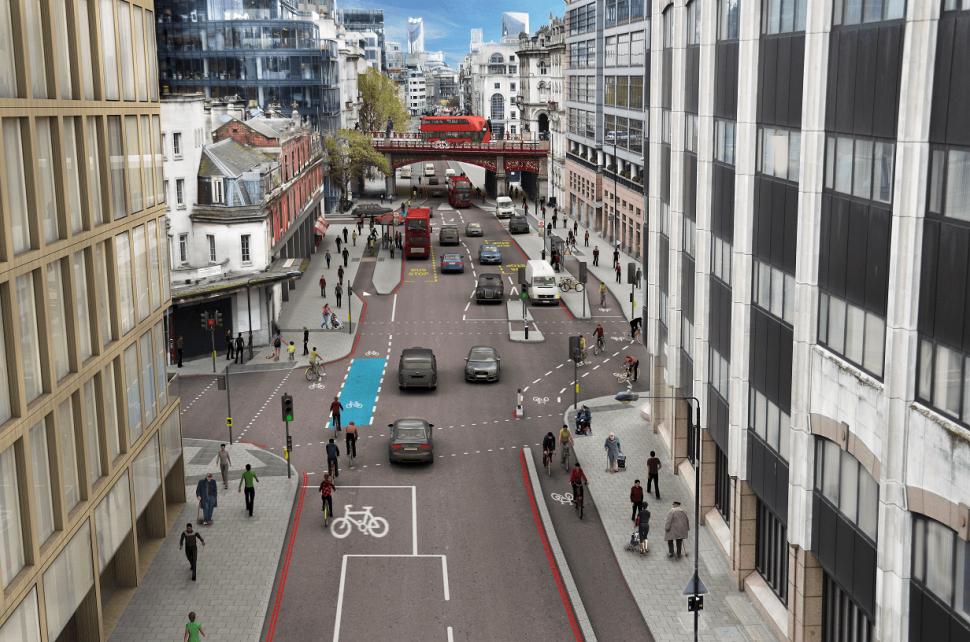 Cycle Superhighway decision will be "marker" for London Mayor

How the London Mayor, Sadiq Khan, deals with concerns about new Cycle Superhighway designs will be a test of whether his actions match his words on cycling, says the London Cycling Campaign.

Of more than 1,300 responses to a consultation on a Northern extension of the North-South Cycle Superhighway, released last week, 70% supported the scheme either partially or fully. However, respondents raised a number of safety concerns about the proposals, from the design of junctions, to a lack of directness, to the fact the cycle lane disappears at some bus stops.

The Mayor and Transport for London (TfL) will now review the consultation responses and work with boroughs, community groups and other stakeholders before publishing its response, along with how the scheme will proceed, in the Autumn.

The London Cycling Campaign’s Simon Munk says how the mayor, and his Deputy Mayor for Transport, Val Shawcross, proceed will be a marker of how future cycling schemes are tackled, and a test of how well Khan and his team understand the need for safe cycling infrastructure.

Munk told Road.cc: “The new mayor has said he wants to make sure TfL looks at the responses closely, to look at the concerns raised. We think this is going to be a marker of whether the mayor, with Val Shawcross, really understands the need to produce high quality infrastructure.

“If the Mayor and TfL are serious about enabling all ages and abilities to cycle we need to see if they are going to back up his words with actions. We are going to have to see the problems with the North-South [Cycle Superhighway] extension solved.”

The top issue raised in consultation responses was that junctions, crossings and link roads should be improved, the second was the need to make the route longer, more direct or of higher quality. The third most popular concern was that the road changes would increase congestion or pollution.

Designs released for consultation last year show the Cycle Superhighway diverted off the main road onto side streets, which Munk, and consultation respondents, raised concerns about, including the volume of through traffic on some of those streets.

“There really needs to be very serious thought about the fact that people want more segregated cycle tracks and that the quiet sections aren’t quiet enough,” said Munk.

“There are also a bunch of concerns which say you shouldn’t spend any money on cycling, or that the consultation is too heavily weighted towards cycling; there’s a lot of taxi drivers putting their responses along those lines, but there are also clearly constructive important safety concerns about this scheme being raised.”

The Mayor of London, Sadiq Khan, said last week: “The extension of North-South Cycle Superhighway to King’s Cross will make a big difference joining up existing and planned safe cycle routes in this part of London.  It will provide thousands more Londoners with an easier and safer cycling route in central London.”

“Of course, there are lessons to be learned from how previous routes were delivered, including reducing the impact of construction on all road users. I have therefore asked TfL to look very carefully at issues raised by the public to make sure they are properly considered during the process.”

Since the North-South Cycle Superhighway was completed last Autumn, numbers of people cycling across Blackfriars Bridge increased by 55 per cent, and now 70 per cent of all vehicles on the bridge are cycles at the busiest times.