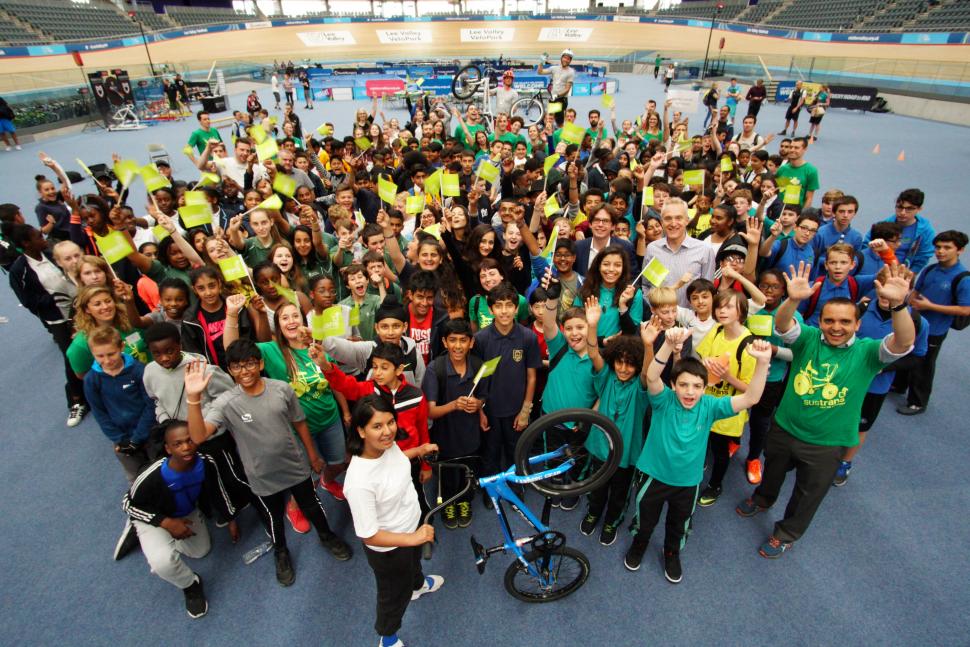 Xavier Brice, who took over the role from Malcolm Shepherd in January, said there needs to be linked routes from existing cycle networks to primary and secondary school gates and homes so more children can cycle or walk to school.

Recent research from Sustrans shows children spend almost half the amount of time playing that their parents did, and Brice says the rest of the country needs to follow London’s lead in creating a safe cycling network.

Brice, who joined Sustrans from Transport from London (TfL), said: “London has made fantastic progress in building Cycle Superhighways and development of the Quietways network is helping more people to feel confident to get on their bikes and cycle to school or work. The more these routes link up to schools and communities, the more likely children and their parents will choose to leave their cars at home and walk or cycle.

“Parents today are the first generation of computer gamers, yet our research shows that children play outside almost half as much as their parents did and more time playing on computer games or mobile devices. We know that inactive children are much more likely to be inactive as adults and this puts them much more at risk of developing chronic health problems such as obesity, diabetes and heart disease in later life.”

Brice made the comments at the Sustrans festival for school children at the Lee Valley Velopark on Friday, where more than 240 kids (pictured) tried out the cycling facilities, as well as watching stunts and displays from professional riders.

The festival was also to celebrate Sustrans’ Bike It Plus Project, funded by Transport for London. In 2014-15 the number of pupils who regularly cycled to school doubled in schools who took part. Participating schools work with Bike It Officers to encourage pupils, parents, and the wider community, to cycle.

Brice joined Sustrans from Transport for London, where he designed a cycling strategy, which led to the introduction of the Cycle Superhighways and Cycle Hire Scheme.