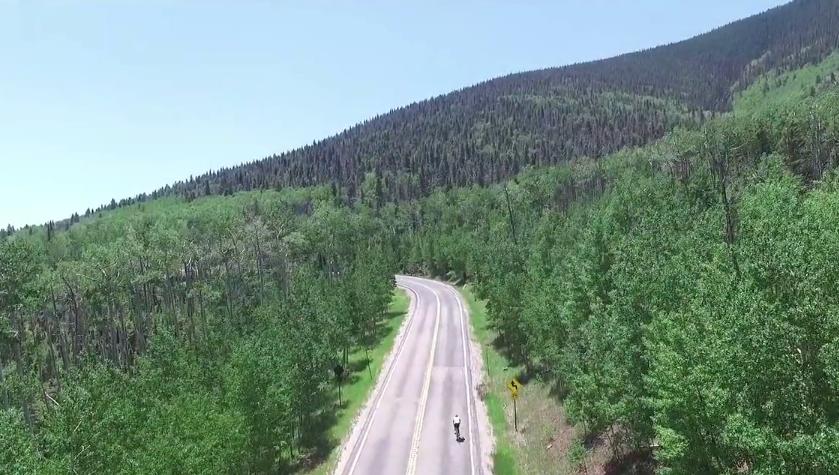 Video: Race Across America from Above

The Race Across America (RAAM) is over for another year, with the winners of the various individual and team categories now decided – and here’s a video that gives a flavour of the diversity of terrain the riders have to tackle on the coast-to-coast race.

RAAM FROM ABOVE from NothinButShorts International on Vimeo.

It was shot by Vimeo user NothinButShorts International, who has posted a number of films shot at what was the 35th edition of the race from Oceanside, California to Annapolis, Maryland to the video-sharing channel.

The men’s solo event was won by Germany’s Pierre Bischoff, who completed the 3,069-mile route in 9 days 17 hours and 9 minutes, with an average speed of 13.17mph.

Three solo women started the race, including Juliana Buhring, who has the Guinness World Record for the fastest circumnavigation of the world by a female cyclist, but who withdrew with a little under 900 miles ridden through illness.

> Buhring out of RAAM after suspected pulmonary oedema

Switzerland’s Nicole Reist was the first of the other two solo women home, arriving in Annapolis yesterday after riding for 11 days 14 hours and 25 minutes, averaging 11.02mph.

The top British performance came in the 4-person male under-50 category, where RAAMIN4CHARITY were second after completing the relay ride from coast to coast in just 6 days 6 hours and 12 minutes.