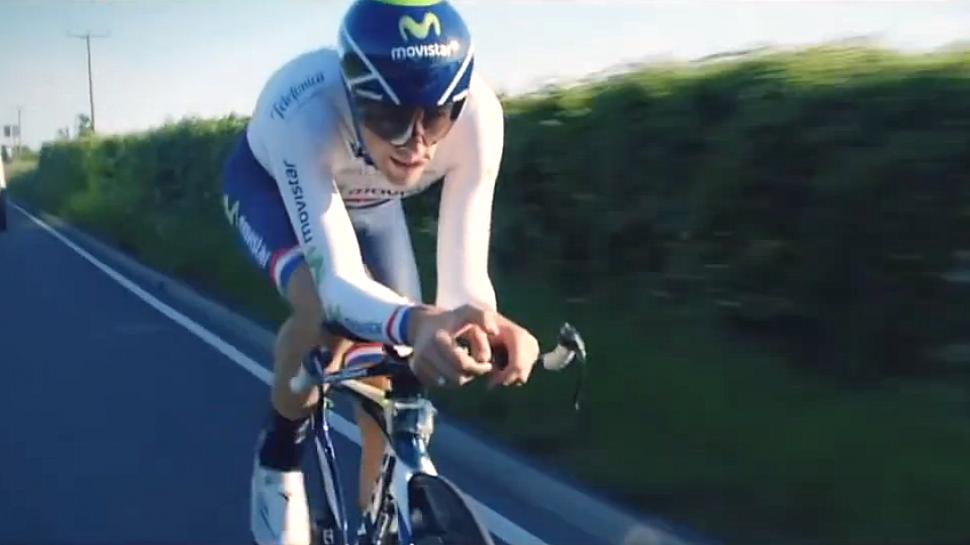 Alex Dowsett has today smashed the British record for a 25-mile time trial, becoming the first ever rider to go below 45 minutes for the distance.

The Movistar rider, who comes from Essex, set a time of 44 minutes 29 seconds, more than a minute faster than the previous record of 45 minutes 43 seconds set by Matt Bottrill in September 2014.

The 27-year-old’s record breaking ride this morning came on the E2/25 course from Newmarket along the A14 and A11 to Four Went Ways, south east of Cambridge, at an average speed of just below 34 miles an hour.

Chas McCulloch, one of the country’s top time traillists, tweeted a picture of Dowsett on his way to clinching the record, which included the same stretch of road where in June 2014 Dowsett set a British record of 17 minutes 20 seconds for a 10-mile time trial.

With 1,000 members, the Army Cycling Union is one of the UK’s largest cycling organisations and the partnership with Dowsett is aimed at reinforcing its position within both the service and the wider cycling community.

As part of that, Dowsett’s newly launched company Cyclism will be helping develop and support the sport within the Army.

“I’m incredibly proud and very honoured to be supporting the Army Cycling Union,” said Dowsett, who is currently preparing for the Tour de France.

“It’s great to see the support and encouragement that’s given to Army staff to race bikes and to progress to as high a level as possible. Myself and the Cyclism staff look forward to working with Army Cycling and helping them to achieve all they can.”