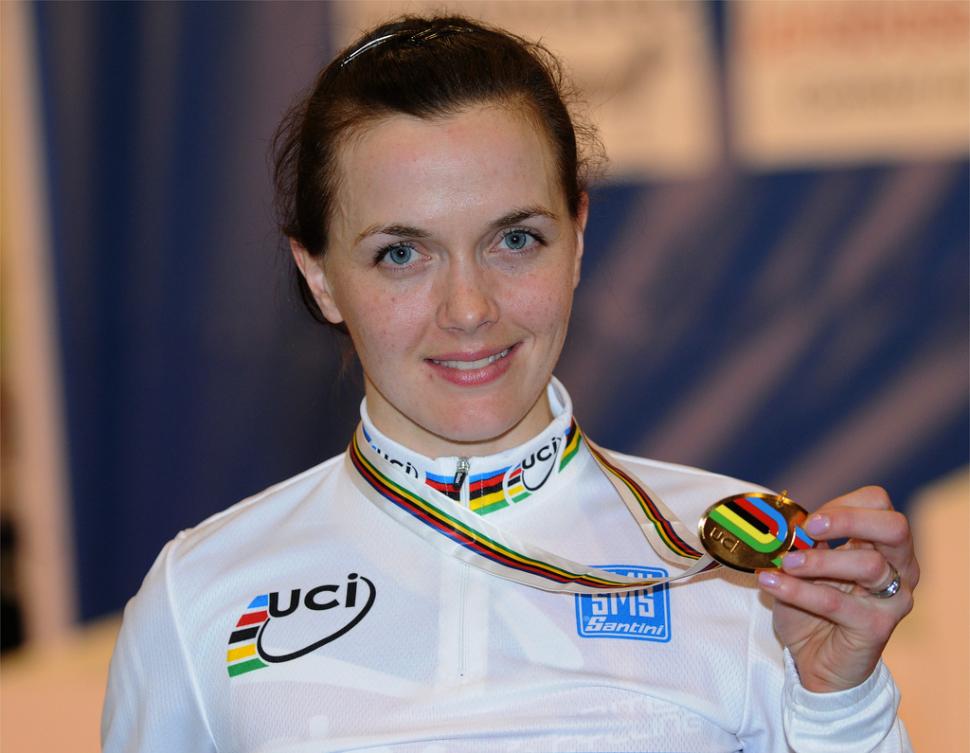 Olympic keirin champion Victoria Pendleton has confirmed she plans to give evidence to the review of British Cycling being conducted on behalf of UK Sport, and says that had there been a different culture at the national team, she might still be competing at the Rio Olympics this summer.

Great Britain’s most successful female Olympian with two gold and one silver medals, the 35-year-old will still be heading to Brazil in August, but as a pundit for the BBC, which unveiled its plans for coverage of the event last night.

Speaking to the press at the broadcaster’s launch of its Rio 2016 coverage she said that the atmosphere at British Cycling was “a big part” in deciding to retire from the sport after London four years ago.

“I couldn’t stay working with those people,” explained Pendleton. “If, four years ago, they’d made the changes that they’ve made now, I would’ve been a lot happier and probably would’ve performed better.”

The major recent change was the departure following allegation of discrimination and bullying that will be investigated by the independent review, of technical director Shane Sutton, who had replaced Sir Dave Brailsford at the helm of the national team in early 2014.

The review, with a panel chaired by British Rowing chief Annamarie Phelps and whose members also include the former England rugby coach Stuart Lancaster, is due to report in September, but Pendleton believes it would be better if it published its findings prior to Rio.

She said: “Things could be done sooner, especially in an Olympic cycle. It’s not something you really want to leave continuing the way it is. Changes should be made and people should be able to just move on, in my opinion.”

She went on: “It was never going to happen at an earlier stage, unfortunately. And, when you’re in the team, you keep your head down and you do what you’re told because you want to be part of it. It doesn’t mean it’s right. It was going to happen sometime. It would be naïve to think that it wasn’t ever going to come out.”

The catalyst for the series of allegations from a number of sources that led to Sutton’s departure and have shaken the governing body was Pendleton’s former team sprint partner Jess Varnish being dropped from the Olympic programme.

Varnish last month claimed that her exclusion was unwarranted and that she had been subject to sexist comments by Sutton.

But it was Darren Kenny’s allegation that Sutton had referred to para-cyclists as “gimps” and “wobblies” that led to the Australian coach being suspended, then resigning.

Sutton had expressed surprise at Pendleton’s public backing of Varnish and highlighted the support he had given her in her track career.

However Pendleton, who has been pursuing a second career as an amateur jockey, finishing fifth in the Foxhunters’ Chase over the Gold Cup course at the Cheltenham Festival in March, was having none of it.

“Nothing surprises me about him. Nothing. It never will. It never could do,” she maintained.

She said she had already been in touch with the panel carrying out the independent review.

British Cycling has confirmed that Varnish will not be on the plane to Rio, where Great Britain’s women sprinters have failed to qualify for the team sprint, although there are slots in the individual sprint and keirin – the event Pendleton won gold in at London.

Backing Varnish, she said: “She’s got way more talent than I ever had. She’s much more physically gifted and mentally resilient.”

As for whether the current controversy would harm Team GB’s medal chances in Brazil, she said: “No, not at all. I think there’s small minority of individuals caught in a little bit of a pickle, shall we say.

“Taking one person out of the mix is not going to necessarily affect the performance as a whole,” she added, pointing out that “most of them [the riders] have experienced previous Olympics.

“I don’t think it’ll be an issue at all. They’re not the kind of people who would be easily shaken.”