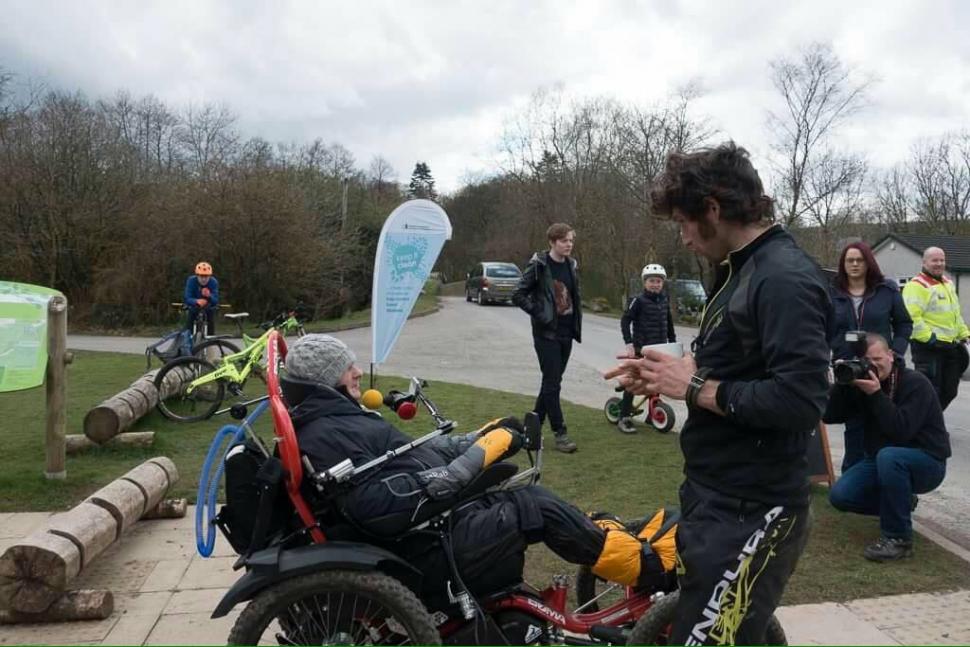 Guy Martin and endurance mountain biker Jason Miles have cycled coast to coast across Scotland before hopping on a ferry to Northern Ireland and doing the same there. The pair are looking to raise £19,500 for the Ride For Michael Trust through their efforts.

Michael Bonney has long been a major figure in the UK bike industry with Orange Mountain Bikes, but in March 2013, while taking part in his local Eden Valley sportive, he fell and suffered injury to his spinal cord at the C3 vertebrae, resulting in paralysis from the neck down.

The current aim of the Ride For Michael Trust is to get Bonney pedalling again via a functional electric stimulation exercise bike.

Starting on April 14 and finishing on April 17, Martin and Miles rode around 140 miles a day, taking on the various red routes of trail centres in Scotland and Northern Ireland. They were joined by a number of people along the way, including road.cc contributor, Dave Smith, our coaching expert.

Writing on his blog, Miles tells a tale of countless tea stops and riders so tired they were falling asleep while riding, but finishes by saying: “thanks most of all to Michael Bonney for giving us all the inspiration and determination to finish the job.”

Over £6,000 has been raised so far. For more information see the GoFundMe page.

For Martin, the ride also served as training for the Tour Divide, a two-week unsupported bike race along the Rocky Mountains which he will be attempting in June.