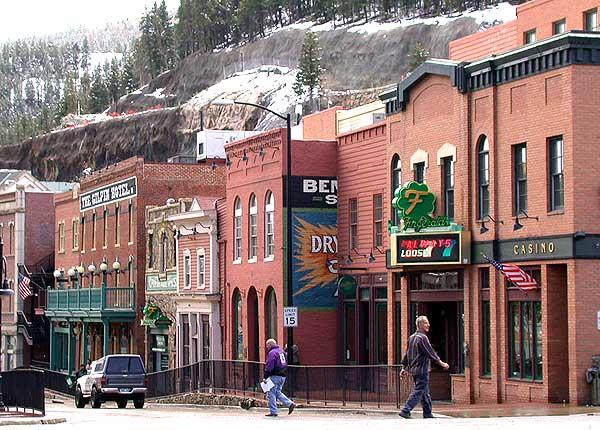 Bicycle ban in Colorado town is fought by campaigners

One-horse town, but no bikes if politicians get their way
by Simon_MacMichael

A small town in Colorado is facing a mounting campaign from bicycle advocacy groups in the state after banning cyclists from most of its streets in a move apparently designed to improve road safety.

The law, which took effect in January this year, includes the only paved street in the historic mining town of Black Hawk – population 118, according to the 2000 U.S.census – which connects the Peak to Peak Highway, popular with local cyclists, with Central City Parkway.

Local cycling campaign group Bicycle Colorado reports that police are now issuing fines to anyone found riding through the town, which in recent years has been revived through the introduction of relaxed gambling laws in the state.

At a council meeting earlier this week, the cyclists’ organisation made a formal request that the ban be lifted, but said that the “council made it clear that they had no intention of changing their ordinance. Now we need the help of the Colorado bicycling community to get their attention,” and it is now looking to enlist the help of cycling groups throughout the state in an effort to get the law overturned.

Bicycle Colorado says that according to City Manager Mike Copp, no cyclists or cycling organisations were consulted prior to the ban, and added that the local police chief, there had been no fatalities of cyclists ahead of it being implemented.
It added that neither the police chief nor the city manager could remember and collisions between cars and bicycles, despite the latter claiming that the law had been enacted “to promote safety.”

The campaign group adds that it had no idea why the town had singled out cyclists to be banned on streets where it says “there is a wide mix of many modes of traffic,” nor why other measures such as traffic calming weren’t considered ahead of a total ban.

It also says that one of the things that concerns it most is that if the ban is not fought successfully and removed, it may create a precedent for other communities in the state to introduce similar legislation.

The organisation is now looking to raise funds to enable it to fight the ban through the courts, and is also providing updates regarding the situation through its Facebook page.

According to the website Cycleicio.us, the politician behind the move, the town’s mayor, David Spellman, has what might charitably be termed a colourful past. In 2006, he received a conviction for felony assault after pistol-whipping his wife while drunk, and in 2008, the Colorado Bureau of Investigations ruled that he had personally benefited from more than $1 million in state funds designated to preserve the town’s historical character after the town used those funds to buy land from him.

In an episode that appropriately enough seems to come straight out of a Western movie, last year, after being criticised in a local newspaper, he promptly bought the publication and sacked the editor. Perhaps unsurprisingly, he regularly features at the top of lists of Colorado’s most corrupt public officials.