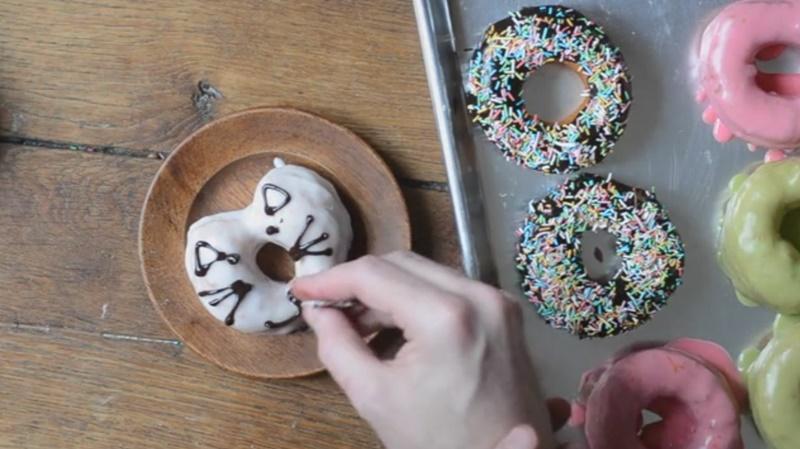 Doughnuts by bike in Paris

Alex Roberts has recently moved to Paris from Brooklyn. He wants to start Doughmade, a pop-up doughnut shop which he’ll pedal round the city. He’s looking to raise €6,000 euros via Kickstarter and at the time of writing had passed €5,000 with five days to go.

Roberts says he’d been struggling to find good work in Paris when he hit upon the idea of selling American doughnuts from a pop-up stall.

His plan is to use a €2,000 cargo trike as the Doughmade vehicle. “Don't worry, I'm going for a manual bike instead of an electric one – this way I can justify my strict diet of doughnuts only. Hello muscles!”

The trike will also pull a portable café stand behind it from which he will sell his wares. The doughnuts will have prepared in a rented commercial kitchen.

Roberts points out that once he has the trike, early running costs will be relatively low and he will also have the luxury of being able to try out different locations. If he’s successful, his ultimate aim is to open his own bakery.

“The goal is always growth, and while a bakery serving more than just doughnuts is the final goal (and hopefully will happen in the next 2 years!), a small bike cart selling dozens is a good and safe place to start!”

Roberts is offering his backers anything from free doughnuts to a say in future flavours, depending on how much is pledged.

In 2013, we reported on a smartphone app called Appero that allowed Parisians to get aperitifs and snacks delivered to them by bike, no matter where they were in the French capital. Sadly, despite €10 getting you a half bottle of pastis, a bottle of water, ice cubes, a crusty baguette, tapenade and a bag of artisan crisps, Appero doesn’t seem to have stood the test of time.