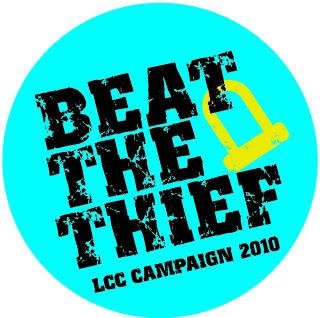 The London Cycling Campaign (LCC), which recently launched its Beat The Thief initiative to combat bicycle theft in the capital, has invited the websites eBay and Gumtree to help in its efforts to stop online sales of stolen bikes.

LCC chief executive Koy Thompson, after speaking police contacts, has written to both websites to invite them to join discussions aimed at putting an end to thieves selling bikes that they have stolen via their sites.

LCC says that according to a recent survey it conducted, one in six cyclists in London had seen a stolen bike for sale on the internet, and it hopes that enlisting the help of eBay and Gumtree can help put an end to the practice.

Telltale signs that a bike is ‘hot’ include poor description, sometimes betraying a lack of familiarity with bicycles in general let alone the one on sale, vendors providing only a mobile phone number for contact and demanding payment in cash, and even pictures of bikes missing their front wheel.

LCC is proposing that the websites adopt a series of measures to help ensure that bicycles advertised for sale there are genuine, including:

Mr Thompson said: "We've proposed quick and low-cost measures that websites can put in place to discourage dishonest vendors. We want buyers and police to able to clearly see who's open and upfront about who they are and what they're selling, which should help weed out the rogue sellers."

Meanwhile, LCC points out that anyone suspicious of the provenance of bikes for sale on either of the two websites can report the listing to the companies concerned, using the “report this ad” link above the picture on Gumtree, and the “report item” link to the right of the listing on eBay.

We've asked both eBay and Gumtree how they intend to help LCC in its efforts to prevent the sale of stolen bikes through their respective sites, and will let you know their responses once we have them.