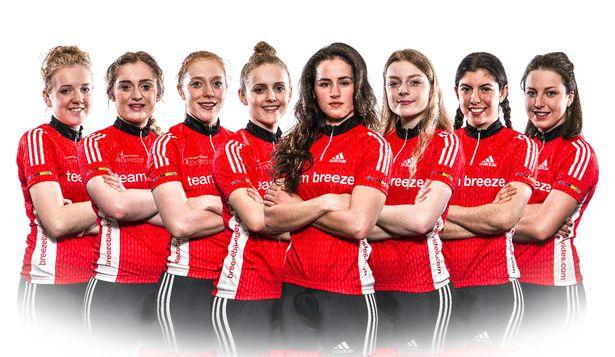 A new women’s cycling team was launched today with the aim of developing British Cycling’s  (BC) Academy riders.

Team Breeze, which will race on the road and track, will make their debut at tomorrow’s Revolution Series at the National Cycling Centre in Manchester.

Providing racing opportunities for more of BC’s young women riders, Team Breeze forms part of the organisation’s #WeRide strategy, with the aim of inspiring a million more women to cycle at all levels of the sport by 2020.

Minister for Sport, Tracey Crouch, said: "British Cycling has made great progress in encouraging thousands more women to get on their bikes and the launch of Team Breeze is another exciting development for women's cycling.

“Not only will this help bring talented British women riders through but it can also help inspire the next generation of women cyclists. I wish Team Breeze the best of luck with their track debut in Manchester this weekend."

BC’s Academy is a developmental programme for talented young riders, with Team Breeze riders drawn from the Academy’s endurance programme.

Team Breeze rider, Emily Nelson, who won two medals last weekend at the UCI Track Cycling world cup in Hong Kong last weekend, said: “I’m really excited to have the opportunity to race for Team Breeze on both the road and the track this season. Inspiring more women to take up cycling is something which is important to me and all the girls on the squad, and we are looking forward to doing the jersey proud.”

Great Britain Cycling Team, performance pathway manager, Ian Yates said: “The creation of Team Breeze is an ideal vehicle to give young women more opportunities to race and aid their development. This mirrors the approach we have followed in other disciplines so we know the benefits it will bring. The fact that Team Breeze also aims to inspire young women to get on their bikes is an added bonus for us as we’re always on the lookout for talented young riders to join the Great Britain Cycling Team.”

British Cycling says it is on track to meet its million women target: two years after launching in 2013 it says it has influenced more than 250,000 women to cycle. Breeze, a network of social rides for women, is a part of its strategy.

Information about the weekend’s Revolution event in Manchester, the final of this series’ six rounds, can be found here.