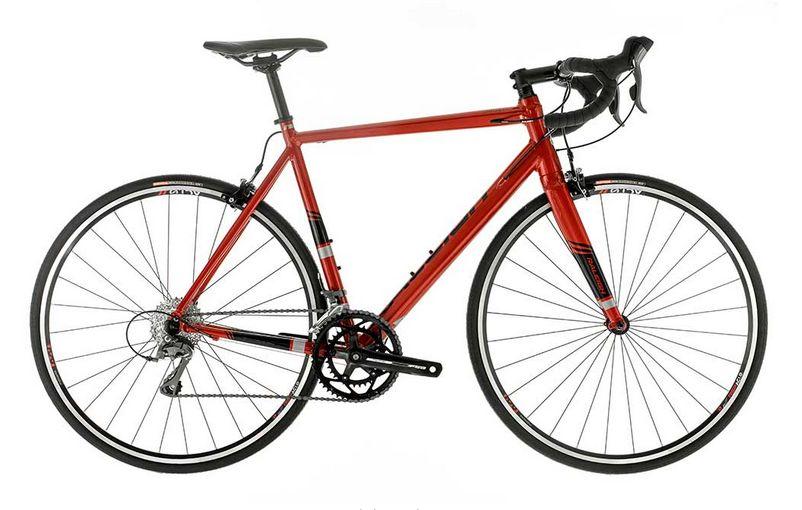 Jeremy Corbyn reveals his dream bike – but is it too expensive for a socialist?

Leader of the opposition covets a red Raleigh Criterium
by Simon_MacMichael

Leader of the Opposition Jeremy Corbyn says his dream bike is a red Raleigh Criterium – and has found himself the subject of a sly dig in the right wing press over its £475 price tag.

The Labour leader and Islington North MP told Stylist magazine that the bike was his ultimate object of desire, prompting a rather snarky piece on Telegraph.co.uk by Helen Horton published under the headline “Socialist Jeremy Corbyn reveals he covets a £475 bicycle.”

A sub-heading beneath added: “This revelation comes after fellow left-winger Nicola Sturgeon was spotted in expensive outerwear” – we’ll come back to that.

Horton wrote: “What does everyone's favourite bearded MP travel on to pick up his croissants in the morning? Apparently, it's a Raleigh bicycle, retailing at £475.”

In his piece for Stylist, Corbyn wrote: “I use my bike less frequently now that I’m leader of the Labour Party, but I still prefer to cycle whenever I can.

"Not only is it free, environmentally friendly and often the fastest way to travel, but it also gives the snappers outside my house a bit of variety.

"This aluminium-framed Raleigh Criterium, like my own trusty red Raleigh, is light and therefore fast, but comfortable for longer rides too – I recently rode mine with Olympic gold medallist Sir Bradley Wiggins (shameless namedrop) and it ensured I kept up with him.

"This unisex model is a great all-rounder whether you’re a beginner or looking for a new ride, although as I’m a big believer in repairing rather than replacing, I suspect I will have my own long after my leadership.”

The Telegraph journalist was quick to spot that both the bike Corbyn wants and the one he has are made by Raleigh, and both are red.

She said: “It's unclear whether his own bicycle cost £475 - but the socialist MP did reveal that his bike is 'like' the one he recommended, and is also a red Raleigh, so it is likely it cost a similar amount.”

Well, not quite. Of the 26 road bikes listed on the Raleigh website, the Criterium sits at the very bottom of the price scale. As we reported on Monday the Raleigh range now tops out with the £6,000 limited edition Militis Team SRAM Red eTap model, and guess what? It’s red.

The politician’s choice of a bicycle as his favoured means of transport has attracted reactions ranging from bemusement to outright hostility from some elements of the press – remember the furore over his Christmas card last year?

As for Scotland’s First Minister Sturgeon, Horton notes that she “was spotted in £130 Hunter Wellington boots which cost rather more than David Cameron's carefully selected £12.99 pair.”

Those boots were indeed “carefully selected” for the Prime Minister by an aide as revealed in Sir Anthony Seldon’s book, Cameron at 10: The Inside Story 2010-2015.

He told of how Cameron, who has a home in the Cotswolds, was prevented from sporting his own Hunter wellies when he visited flood victims in Somerset in 2014, because it was felt they would make him look too much of a toff.

Instead, an aide popped down to Asda and picked up a budget pair costing £12.99, though the ruse backfired due to their very obvious shiny newness.

Whether it’s the Labour Party leader desiring a bike that costs a little over a third of  the price of an annual zone 1 and 2 Travelcard, or the Prime Minister’s staff splashing out on a pair of bargain basement Wellington boots when he already owns a perfectly serviceable pair, image in politics, it seems, is everything.