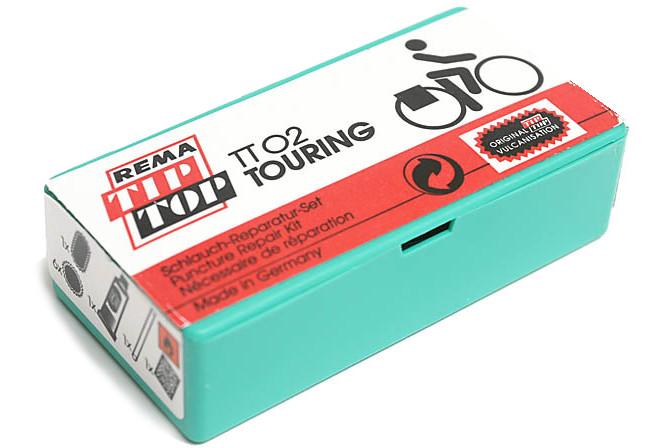 So that's why there's never any glue left in our kit...
by nick_rearden

A teenager was refused a repair kit for a punctured bicycle tyre because staff feared he might sniff the glue inside.

Daniel Cottrell, who is two months short of his 18th birthday, was shopping with his dad in a 99p Store when staff refused to sell the kit, which includes a 5ml tube of vulcanizing solution.

The Telegraph reported yesterday that the cashier refused to sell the kit because the tube contained solvents and Daniel was younger than 18 years old.

His father, Simon, offered to pay but the cashier still refused to sell it.

Daniel, from Havant, Hants, said: "My bike is my main mode of transport, so I was really annoyed when I got my puncture.

"I do about 20 miles a week, cycling to college and to meet my friends.

"I was really hopeful of getting back on the road when dad took me to the 99p Store but was disappointed when the lady refused to serve me.

"I could have bought a lot of glue from the shop for 99 pence if I planned to get high. I can't imagine the 5ml that came in the pack would do very much.

"I only wanted to repair my bike and had no intention of sniffing anything."

Trading Standards say solvent-based glues, aerosols, dry cleaning fluid, correction fluid and marker pens should not be sold to anyone under the age of 18.

However, this is only if the staff member believed they "may inhale for the purpose of causing intoxication".

"I was standing behind him when he went to pay and was shocked when the cashier said she was unable to sell him the repair kit because he didn't have ID.

"I understand the need to enforce strict age controls on cigarettes, alcohol and knives but this was over the top. I was stunned and find it laughable.

David Willetts, MP for Havant and new Minister of State for Universities and Science, said it was "absurd" to try and stop Daniel from repairing his puncture.

He said: "Any parent would be delighted that their 17-year-old son wanted to repair a puncture on his bike – it would be absurd to try and stop it.

"If there really is a regulation banning him from buying this kit, it will be an early candidate for the bonfire which we are planning."

Victoria Hazael, from the Cyclists' Touring Club (CTC), said the shop's refusal to sell the repair kit was "extremely disappointing".

She said: "One of the most basic skills every cyclist needs to know is how to fix a puncture, so CTC is very surprised that a 17 year old was told he could not buy a simple puncture repair kit.

"Technically, puncture repair kits do include solvent-based glue, but a regular kit only contains a very, very small amount.

"We should all be helping and encouraging children to cycle more, as it's great for their health and the environment.

"It is extremely disappointing that a shop assistant would make it difficult for Daniel to fix his bike.

"CTC will send Daniel an extra puncture repair kit, just in case he gets another puncture before his 18th Birthday."

1
Suspended sentence for cyclist filmed knocking over five year old in Belgium
2
Near Miss of the Day 550: Unmarked police car driver weaves through cyclists
3
"Too ridiculous": Cyclist reports motorist for driving on the pavement... and is threatened with fine for 'cycling on the footpath'
4
Mathieu van der Poel's broken Canyon Aeroad bar could have been caused by collision with car, claims his father
5
Cyclist fined after submitting dangerous driving video to police
6
Bath golf club set to be transformed into bike park
7
'Incredibly talented' police officer killed after being hit by motorist while cycling
8
Cycle campaign group urge people not to cycle over safety fears