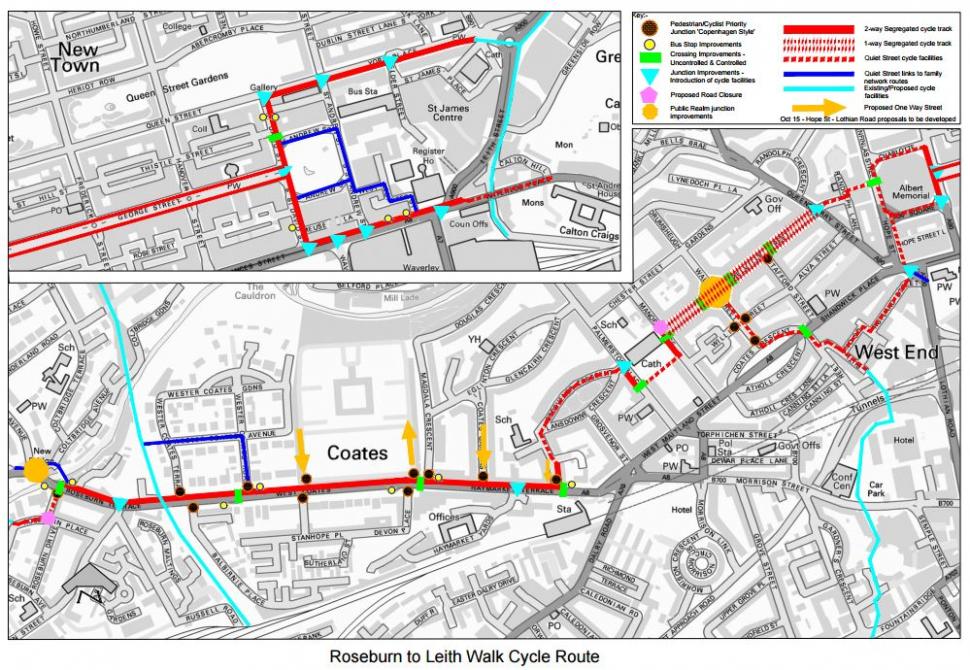 Petitions for and against Edinburgh protected cycle route

The petition in favour of the plans links to a review of 12 studies from around the world looking into the impact of replacing on-street parking with a bike lane. Its conclusion is that in almost all cases such a move has little to no impact on local business – and in some cases might even increase business.

“I believe that the best route is down the main Roseburn/West Coates route as it is both the most direct/encouraging for cycling and will improve the environment of Roseburn & West Coates,” writes the person who creation the petition in favour.

The petition against proposes the use of National Cycle Route 1 as an alternative. The section in question runs along off-road paths and low-traffic streets.“I acknowledge that it makes a 3-minute journey into a 4-minute journey, but I think it is a far more pleasant one,” writes Peter Gregson.

Kim Harding, one of the co-founders of Pedal on Parliament, is another who believes that direct routes are key.

Referring to a different section of the scheme, around George Street, Harding had said:

The petition in favour of using the main road currently has 123 signatures while the one against has 37. The consultation runs until February 1.