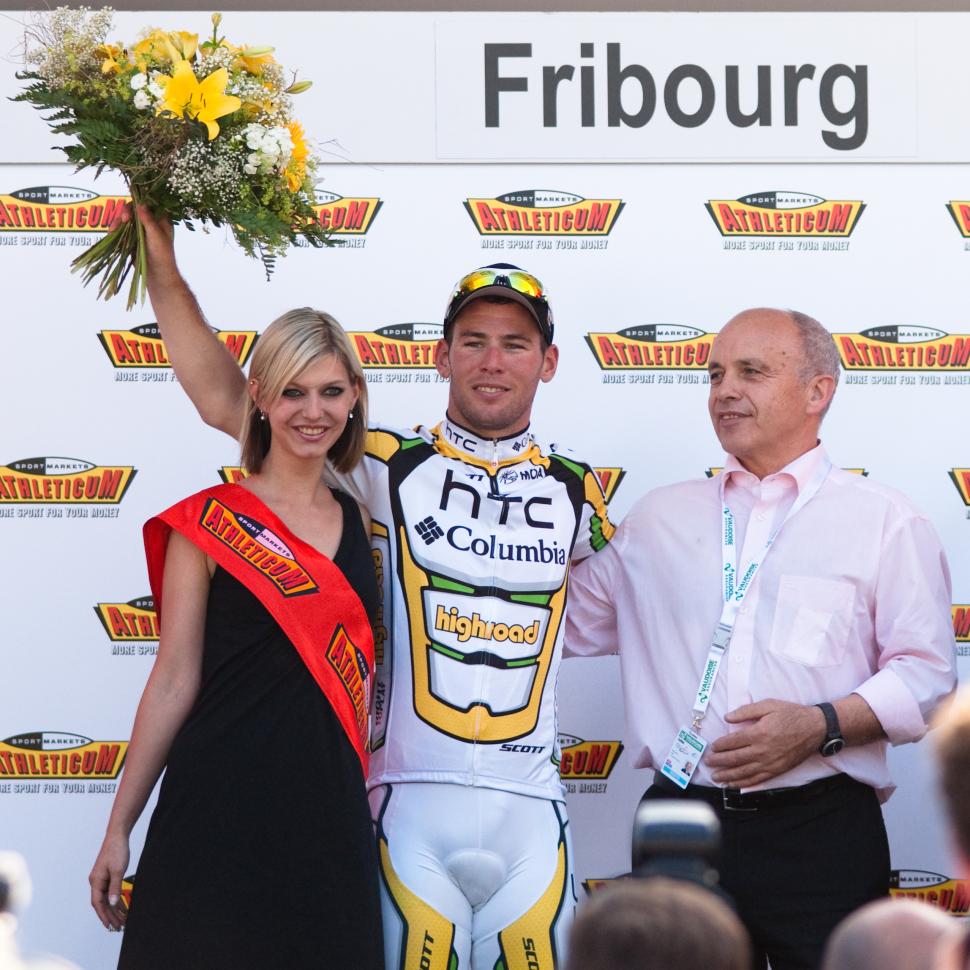 HTC-Columbia withdrew Mark Cavendish from the Tour de Romandie on Friday evening, citing the cyclist’s “inappropriate actions” following his victory in Stage 2 of the race on Thursday, which he won.

Cavendish gave the V-sign as he crossed the line to clinch only his second win of the season, and later said that he had made the gesture in response to critics who “know jack shit about cycling” and who he believes had written off him and the HTC-Columbia team following a disappointing start to the season, partly caused by an infection following dental treatment.

According to a report on the Guardian website, HTC-Columbia issued a statement following Friday’s time trial, in which Cavendish finished in 139th position, saying that the Manx rider had been "taken out of the Tour de Romandie at the conclusion of today's stage, as a result of his inappropriate actions after winning stage two of the race on Thursday."

Cavendish himself also claimed that he regretted his actions, saying “I want to publicly apologise for the gesture I made on the finish line of the Tour de Romandie yesterday. I did want to make a statement to my critics but I realise that making rude gestures on the finish line is not the best way to do that.”

He continued: “I apologise to everybody watching the race and especially the kids. I am not proud of releasing the feelings in that way. I hope I can redeem myself and show my feelings and passion for cycling with some exciting results in the next couple of months, rather than with a gesture such as the one yesterday."

The UCI fined Cavendish for his behaviour, in a move endorsed by his team, which said: “High Road Sports [the team’s licence holder] agrees with the individual fine issued by the UCI commissaires today and in addition will direct payment of Cavendish's prize money from his stage win to the international charity Right To Play."

Since finishing the 2009 season early when he withdrew from September’s Tour of Missouri with a lung infection that also kept him out of the World Road Race Championships in Mendrisio, Cavendish has not only had to deal with the aftermath of his dental surgery, but also the distraction of problems involving two of those closest to him.

Those are the near-fatal scooter accident in September to close friend and fellow Manxman Jonny Bellis on his way back from an evening at Cavendish’s home, and the jailing for six years of his brother Andrew a fortnight ago, who was found guilty of importing cocaine and cannabis to the Isle of Man with intent to supply.

Meanwhile, Cavendish has also had a public falling-out with team-mate and fellow sprinter André Greipel, who this week has been reported in the German press to have announced his intention to leave HTC-Columbia at the end of the season.