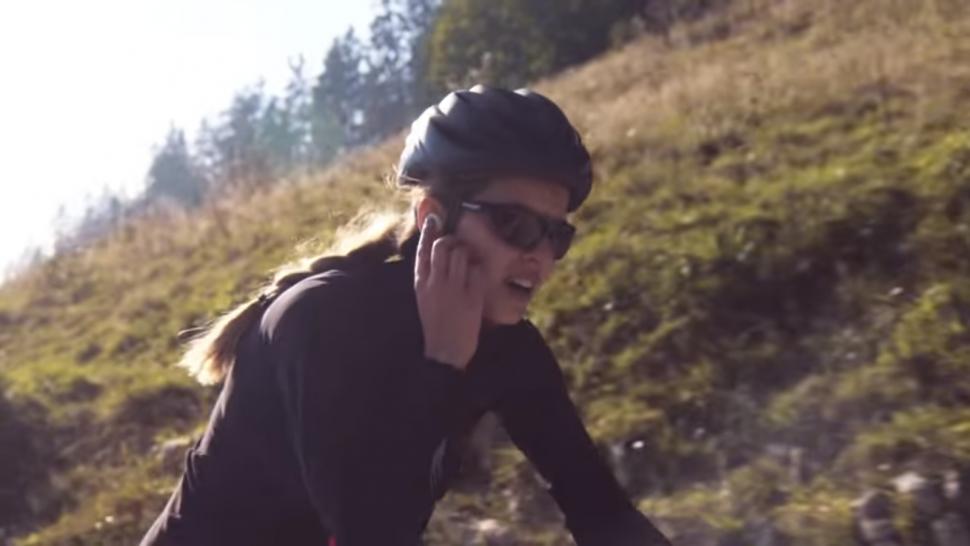 Would you wear the world's first wireless smart earphone?

Designers claim an impressive list of functions for the Dash, including heart rate monitors, but would you wear it?
by Laura Laker

The issue of headphones is a contentious one, with scientific studies finding listening to music adversely affects pedestrian safety. While polls suggest nine out of ten people back a headphone ban on bikes, some argue it is no worse a cyclist listening to music in motion than a motor vehicle driver doing so.

Whichever side of the fence you sit on, what could be the world's first wireless smart earphone is being developed, and it is also, apparently, a heart rate sensor, accelerometer, bluetooth device and music player.

The Dash, by tech company, Bragi, fits into the ear and is controlled by using a series of taps and holds on the outside of the device, via a high resolution optical touch sensor.

Its makers also claim that it can measure and record steps taken and distance travelled, heart rate and oxygen saturation levels, while providing "real time acoustic feedback of your progress".  There's also a microphone in there.

The dash doubles as a bluetooth device, and can pick up voice sound information via bone conduction technology, which exists in other headphones already.

The earphones weigh 14g, are water resistant up to 1m, and come in four sizes. Bragi claims they will stay in place while running. It will be possible to store 4GB of music on them, as well as streaming music from a phone.

The heart rate monitor works via tiny infrared sensors, which can detect blood oxygen saturation by shining LED red and infra red lights into the ear's skin capillaries and measuring differences in the lights' reflection.

The product is still in development but, once released, will come with an app suitable for iOS, Android and Windows. We're curious to know how they would stand up against some other wireless earphones we've tried.