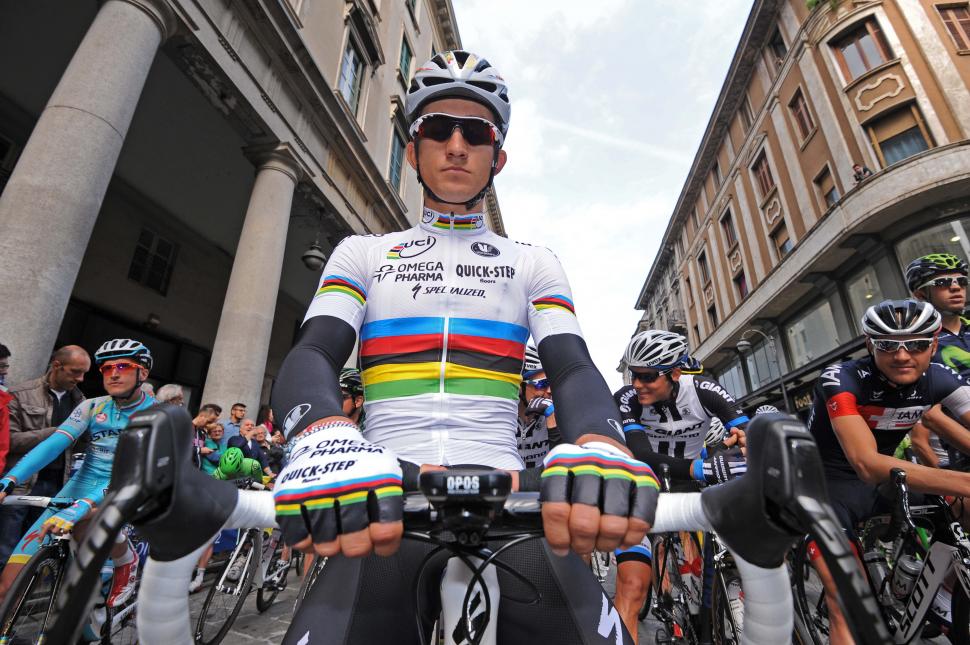 Dave Brailsford: Kwiatkowski a great talent that will keep getting better
by Laura Laker

Kwiatkowski's 13 palmares in his professional career to date include victories in Paris-Nice, the Tour de Romandie, Amstel Gold Race and Tour of Britain, as well as winning the iconic world champion's rainbow jersey at the 2014 World Road Race Championships.

In his third Tour de France this year the 25-year-old Polish rider also topped the young rider classification for 12 days.

On signing for Team Sky, Michał Kwiatkowski said: "Team Sky aim for the highest goals in cycling so I'm very happy that this move has become a reality.

"Sir Dave Brailsford believes in my ability, which gives me great confidence for next season, and I know that this team can help me raise my performance levels and win big races.

"The team's marginal gains philosophy really fits my approach to cycling and I have great respect for what this team has achieved in such a short time. I am excited and motivated to race for Team Sky next year."

"We have been following his career for a long time. We have attempted to sign him on two occasions previously and weren't going to miss out this time around.

"Team Sky can help him progress and develop both his one-day racing and stage racing. Michał is still young, a great talent for the future, and will keep getting better."