New Agree aero road bike with or without disc brakes, and there's a new Attain GTC Disc on the way too
by David Arthur @davearthur

With 2016 road bikes starting to roll off the production line, German company Cube has released details of its forthcoming Agree C:62 SL. It's been given a complete redesign, it’s now an aero road bike and it will be available with or without disc brakes. 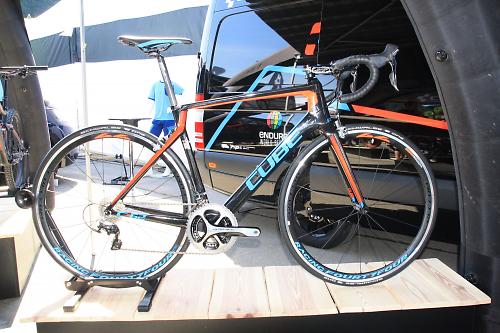 The frame has obvious aerodynamic features. The tube profiles have a kamm tail profile, with a rounded leading edge and chopped tail. The seatstays follow the current trend for meeting the seat tube well below the top tube, creating a compact rear triangle. Naturally, the seatstays are super skinny and there’s a 27.2mm seatpost, in an effort to provide some ride comfort. 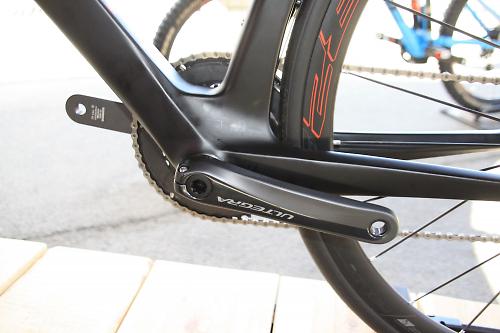 There's a trend for wider tyres in road cycling at the moment, and the Agree accommodates up to 28mm tyres. Production bikes will ship with 25mm tyres. We assume the new bike will retain the endurance geometry of the previous model. 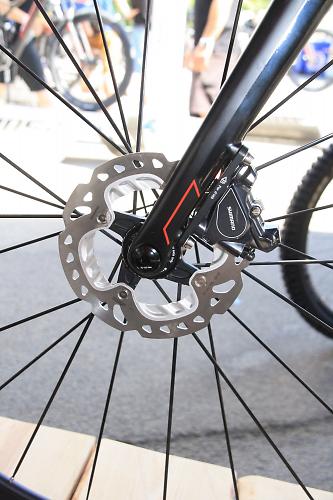 The seat clamp is integrated into the seat tube to minimise airflow disruption. Stiffness hasn’t been ignored in the pursuit for aerodynamics, the frame gets a tapered head tube and PressFit bottom bracket. All cables are internally routed and it’s Di2 compatible. 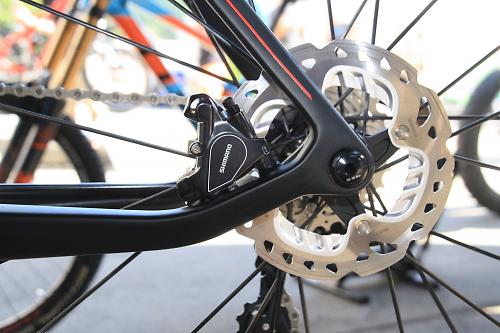 The non-disc version uses Shimano Direct Mount brakes. More exciting than that is that fact that Cube has also developed a disc, keeping everyone happy. Cube is using the latest Flat Mount standard to fix the brake calipers to the chainstays and fork. 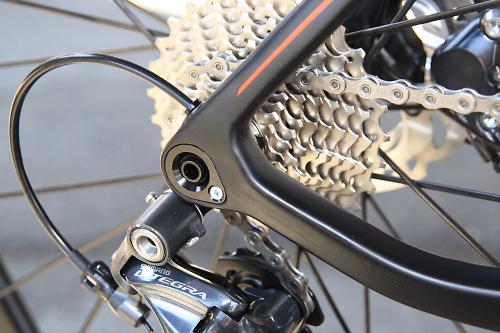 Some changes have been required to accept disc brakes with this new frame compared to the regular version. The fork is different too, and Cube has adopted Syntace’s X-12 System quick release axles front and rear. A key feature of X-12 are the guides in the dropouts that help easily position the wheel when reinserting it.  Syntace also makes claims for it being lighter and quicker to use than a conventional thru-axle system.

We’ll get the full details on the new Agree at Eurobike next week. 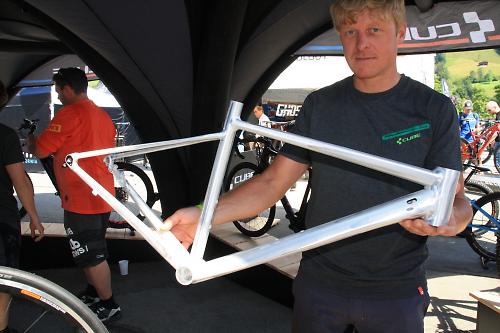 Another new bike we’re expecting to see launched at the show is the Attain GTC Disc. We had a sneak peek at an unfinished prototype a few months ago, but Cube was being tight-lipped with the details. 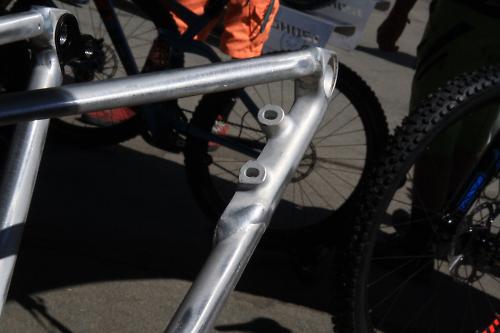 It’s an aluminium frame (obviously), compatible with disc brakes and looks to use the same X-12 thru-axles as the Agree. There are some really interesting aluminium bikes doing the rounds at the moment. There's the completely revamped Cannondale CAAD12 of course, available with or without disc brakes. There's the new Mason Definition, the Bowman Cycles Pilgrims, and the Specialized Allez Sprint (which we've just found out won't be coming to the UK). So, if you want aluminium, you're not short of choice. 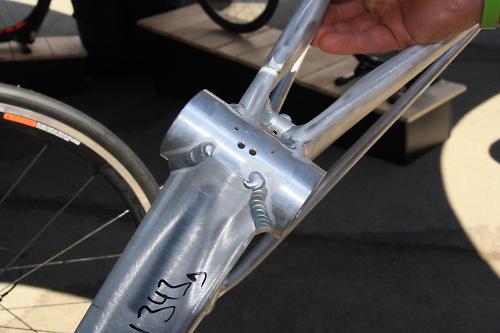 Cable routing is internal as well. More on these three new bikes when we get to see the final production models at Eurobike next week.