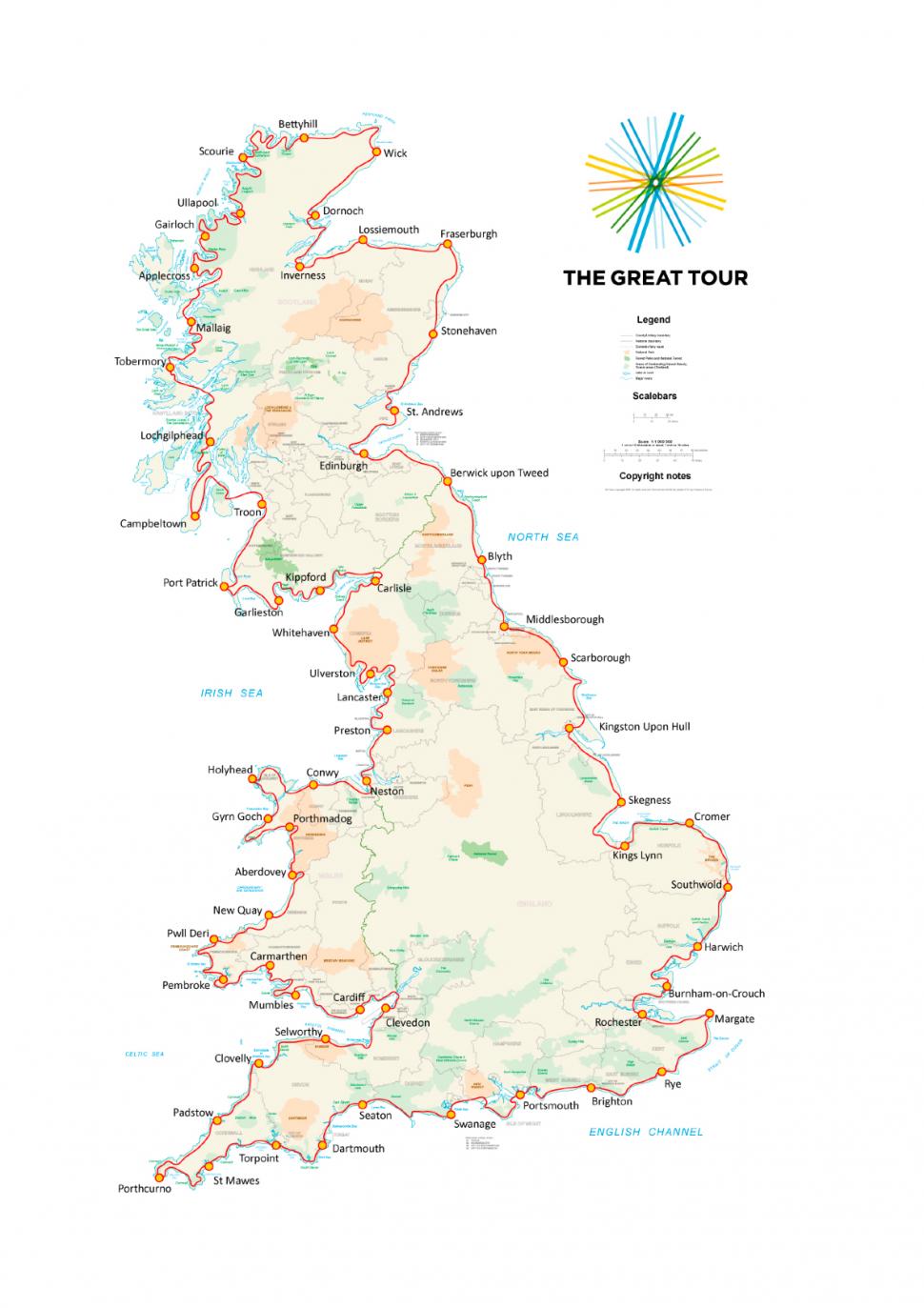 It’s been the subject of a hugely successful BBC documentary series, and now Britain’s coastline is set to be celebrated by the cycling world following news of a new 6,600-kilometre charity ride taking place later this year, organised by the same people behind the Tour of Britain.

Called ‘The Great Tour,’ the ride, billed as “one of the UK’s last great challenges” will start in Seaton, Devon on 3 July and end there, 64 stages averaging 103 kilometres each later, on 4 September.

Anyone over the age of 18 can apply, with fully funded places available for those lucky enough to be selected to take part. Applications can be made at the official website, www.thegreattour.org where you can find details for the selection criteria.
road.cc’s VecchioJo is planning to ride part of the route, we’ll be bringing you an on-the-spot report from the ride itself when the time comes.

The organisers want to encourage people from all walks of life to take part, whether that be riding the entire route, entering a time, or simply riding a stage on a day when the riders pass through your area. Organisers promise a wide variety of invited and ‘uninvited’ guests will join the riders on the way, and say that the ride “will endeavour to spotlight the appeal of our seaside towns and coastline from a variety of perspectives, scenic and historical, architectural and natural phenomena, geographical and oceanographical, nature and wildlife, as well as promoting the fairly obvious health and environmental benefits.”

According to the organisers, the route “will take in every seaside port, village, town, cove and bay along every kilometre of coastline accessible by bicycle and bring our glorious seascape to life.” Along the way, riders will be staying overnight in each of the seaside towns hosting stage starts and finishes, while a dedicated team of chefs will accompany them, cooking “locally sourced produce to ensure all riders will be fully fuelled and fit for the challenge each day.” They also say that this is the first time such a circumnavigation of Britain's coastline has been attempted by this dedicated route.

The Great Tour, which will benefit Tour of Britain partner The Prostate Cancer Charity and Caravan, the National Grocers Benevolent Fund, was officially launched in London today.

Far from being a one-off event, however, organisers hope that it will capture the public imagination – in much the same way Land’s End to John O’Groats has, for example, and “create a long legacy which is designed to be of huge benefit for charities – for awareness and fundraising, as well as having a significant impact and boost to cycle tourism both in the domestic and international markets,” as well as encouraging people to get on their bikes in the first place.

As part of that, The Great Tour is aimed at becoming “a place where people can sign up and record their achievements for many years to come. The organisation will be the custodians of the route as it develops and as technology evolves to help those who wish to ride the route.”