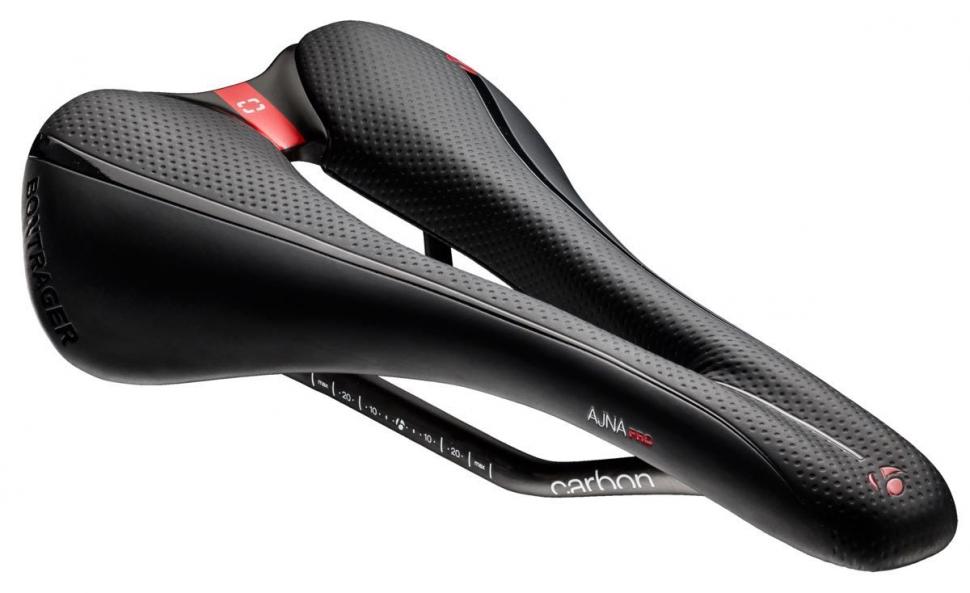 New additions include race-fit clothing, a lightweight saddle, a remote control for your lights and winter cycling shoes
by Mat Brett

We visited Trek recently to check out the 2016 bikes and also to see the range of components, accessories and apparel from its in-house Bontrager brand. Here are some of the highlights. 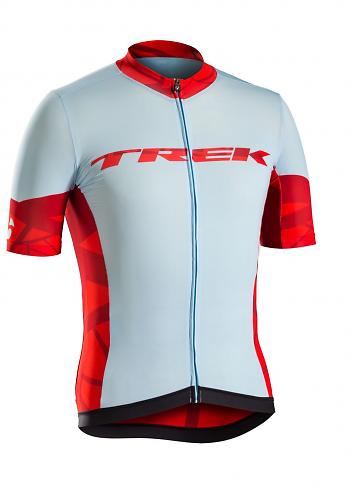 The Ballista Jersey, like the Ballista helmet (below), is a performance-orientated design. It uses Bontrager’s Profila Dry fabric that’s intended to wick moisture away from you quickly and dry fast, with Coldblack technology to help keep you cool. 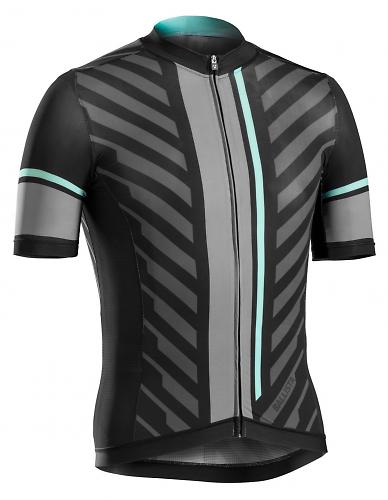 The Ballista bib shorts that accompany the jersey (above) use Bontrager’s top-end Nimbus chamois. It’s a triple-density pad made using what Bontrager calls an ‘OverEasy construction’. This means that the contours – the changes in pad depth – are positioned on the saddle-side rather than against your skin, the idea being to improve the comfort and fit.

The shorts come with an internal radio pocket. If you don't have a radio, you can put your phone in there instead. 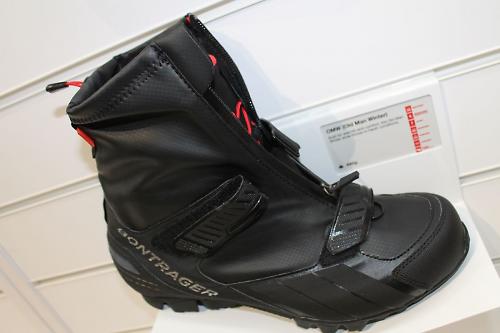 Yes, it's August but if past experience is anything to go by winter will arrive sooner or later, and when it does you might be glad of Bontrager's OMW (Old Man Winter) shoes.

The OMW is from Bontrager’s mountain bike shoes range – it takes a two-bolt SPD-style cleat – but perhaps you’ll be interested if you venture out on the road on the coldest days of the year.

You get a fleece-lined removable inner bootie with 200g 3M Thinsulate insulation, a four-way stretch upper with an Outdry membrane that’s said to be waterproof and breathable, and an anti-draught elastic ankle cuff with a drawcord closure. That zip down the front is waterproof.

We’ve no idea how this shoe performs, but it certainly looks like it’ll stand up to harsh conditions.

The women’s Meraj shoe is a new addition to the Bontrager range, coming with a carbon/fibreglass composite sole and a synthetic upper. A Boa dial takes care of closure, so fine-tuning the fit while you’re on the fly shouldn’t be a problem. 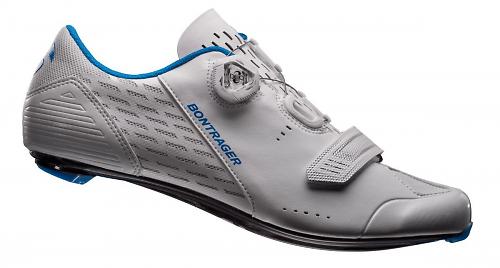 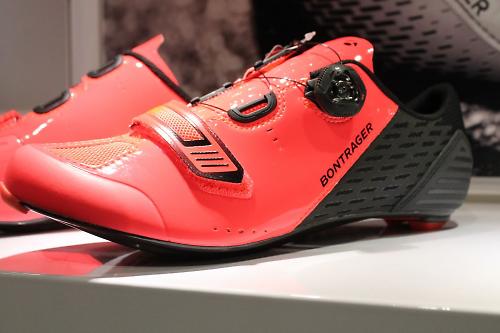 The men’s version of this shoe is the Velocis (above). 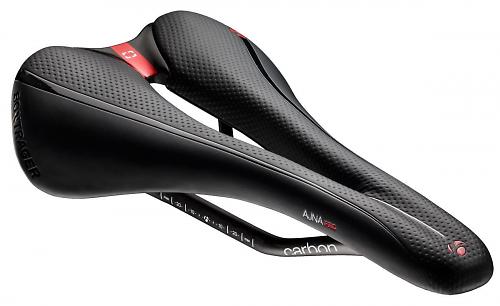 This new saddle for women is built with a carbon-fibre-reinforced shell and oversized carbon-fibre rails (so you need to use it on an oversize rail-compatible seatpost). Those rails are suspended, the idea being to add extra comfort, the nose is fairly wide, and the cutaway section down the centre is designed to protect soft tissue.

The saddle comes in three different widths with weights from 160g, according to Bontrager.

Bontrager announced its Transmitr system a few months ago but we've only just got to see it for ourselves.

First things first: what the hell is it?

“Transmitr is an ANT+ wireless system that lets you conveniently control your head and rear lights’ on/off functions, cycle through light modes, and even see real-time battery life status,” says Bontrager. “And the best part: it does all this through a convenient, handlebar-mounted remote.” 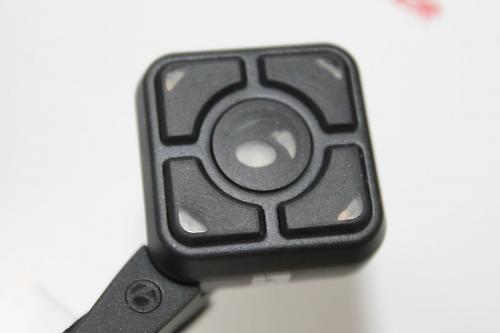 So, for example, if your commute takes you from lit urban roads to unlit rural roads, you can increase the intensity of your lights to suit the changing conditions via the Transmitr Remote.

It can control up to seven Transmitr-ready devices. 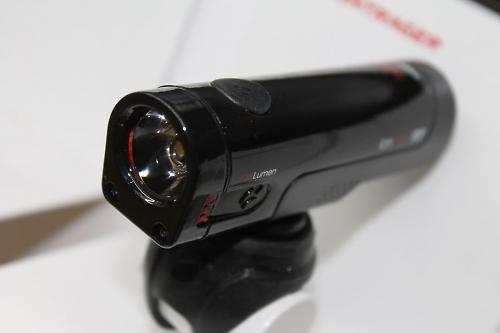 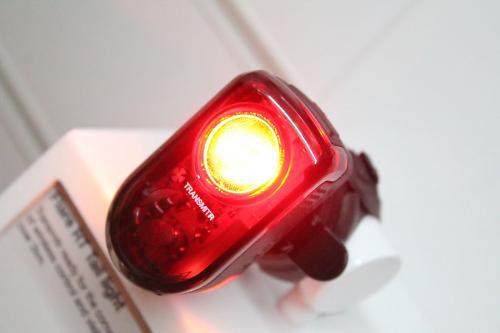 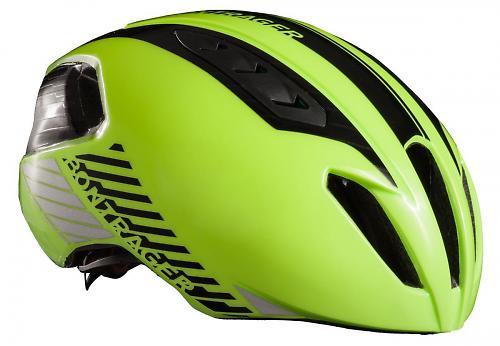 The Ballista is Bontrager’s new aero road helmet (as opposed to a time trial lid; there’s the Aeolus for that). Bontrager reckons the Ballista has less drag than any other helmet of this kind. We've already published a review. It’s available in black, white and this hi-vis yellow option.

For more details go to www.bontrager.com.