It sometimes feels as though a day doesn’t pass without the launch of another new aero road helmet, and the latest is the Met Manta, introduced at the Tour de France on the heads of Team MTN Qhubeka.

The new Manta has been designed for sprinters, and was actually requested by MTN Qhubeka who challenged the Italian company to design an “extremely lightweight helmet for sprinting.” We recently did a roundup of new aero road helmets at the Tour de France, including Met’s Rivale, which the helmet brand described as the “the lightest open aero road helmet in its class.” It seems the new Met Manta, is the marketing spiel is to be believed, is even better. Met says the new Manta is “inspired by the heritage of fast and sleek Italian racing cars,” though I’m failing to see any hint of the Ferrari 250 GTO in it myself. It also adds the even bolder claim that the Manta is the “lightest, fastest and most aerodynamic closed helmet at the Tour de France.”

Confused? Basically the Rivale is a vented (open) aero road helmet and the Manta is a full-on aero helmet (closed) with fewer vents. The Manta is faster but comes at a cost, it's not going to be as cool as the Rivale. 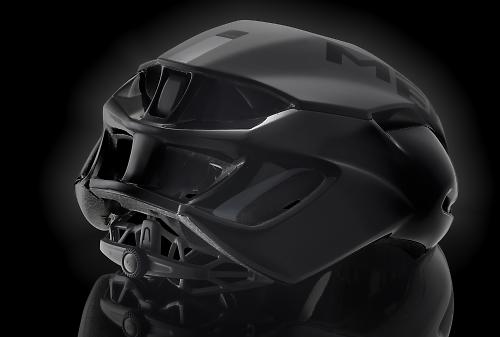 How fast is it? Met claims the shape of the Manta helmet saves 10 watts at 50km/h compared to the Rivale.  It’s lighter as well. The Rivale weighs a claimed 230g, the new Manta bests that weight with a claimed 200g for a medium. It has fewer vents than the Rivale but Met is confident that ventilation is still adequate to keep the rider’s head cool, with the strategically placed Airflow Converge and NACA vents on the front and sides. Internal channels direct the airflow inside the helmet. 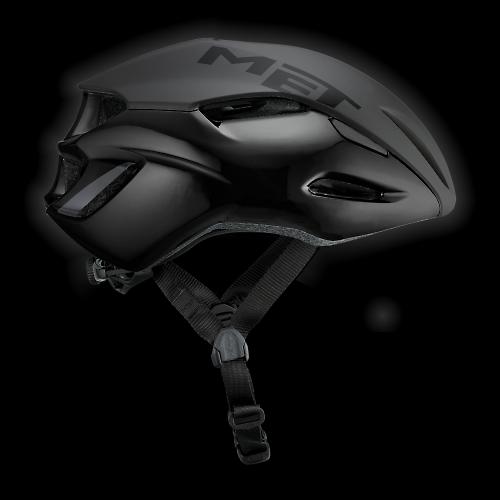 Like the Rivale, the new Manta is constructed using the company’s Homothetic Embedded Skeleton (HES) technology. The idea behind this is to ensure an impact is spread across a wider area and not localised in one region. There is also the same Safe T Advanced retention system with vertical adjustment.

The Manta will cost £170. More info at www.met-helmets.com