Rear-facing radar will warn you of approaching cars, and warn cars by changing the light intensity
by Simon Stansfield

Garmin launches are like buses, et cetera and so on. Hot on the heels of the Edge 520 is the news that they will now offering a light system that incorporates a rear-facing radar. A radar! We know!

"Helping create a safer cycling environment, Varia rearview bike radar warns cyclists of vehicles approaching from behind up to 140 meters (150 yards) and also warns approaching vehicles of a cyclist ahead, and Varia smart bike lights automatically adjust to changing conditions as well as the speed of the cyclist. Both the radar and lights work independently, or seamlessly integrate with each other and with compatible Edge® cycling computers, allowing cyclists to customize to their needs", says the press release. in short, this is either a standalone radar system with its own head unit, or you can integrate it with your Garmin Edge which will work as your head unit and give you some extra features.

Garmin have produced this slightly scaremongery video to give you a quick oversight of the system:

So the rectangular rear unit houses a rear-facing radar sensor and also an array of lights. Garmin claim it'll detect up to eight individual vehicles, up to 140m away. At 60mph, and assuming you're doing 15-20mph, that's something like seven seconds away, which could be useful window: it's before you're likely to hear a car for a start, if you hear them at all. 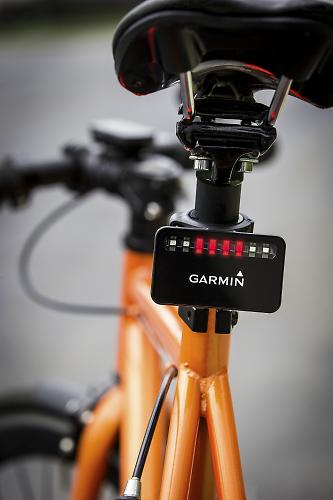 The rear sensor uses the information it's receiving to alter the intensity of the rear light. So if someone's approaching fast it'll flash more brightly, and more quickly. It also functions as a sort of brake light, increasing in intensity when you slow down. 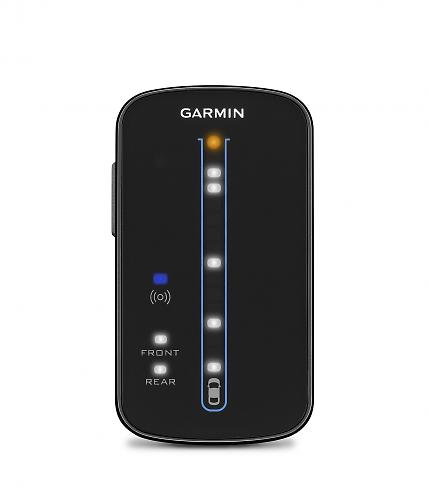 Up front, the dedicated display shows you a basic map of the road behind, and if it deems a particular vehicle a risk it'll change its colour on the screen. Edge users will get the choice of a dedicated display or an overlay on a data screen to let them know what's going on behind. 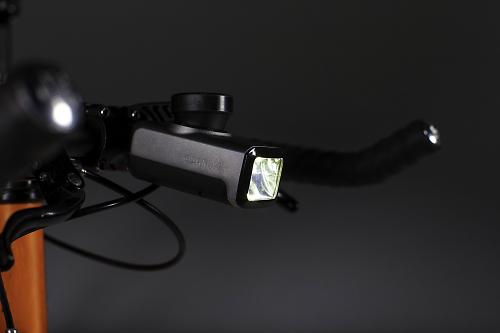 There's also a new front light putting out 100 lux at 10m. It has a high beam cut off to avoid blinding other road users, and it's controllable from your Edge computer or from a mount that incorporates a remote control. That control can also be used to send indicator signals to the rear lights; you'll need two of them though. You can indicate from your Edge, too. 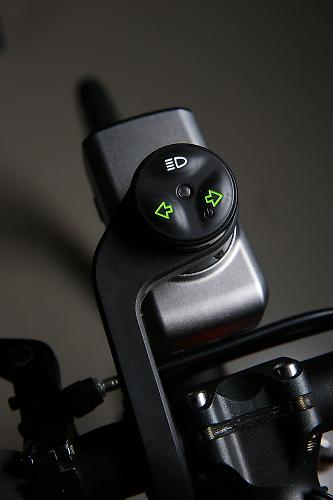 The Varia radar tail light will retail for £159.99, or £239.99 bundled with the radar display unit. The Varia smart bike lights are available as a bundle including the Varia remote for £239.99, or separately for £159.99 (headlight) and £59.99 (tail light). Expect to see them on the shelves by the time you're thinking about buying lights again.

“As leaders in creating innovative cycling technology, we’re excited to introduce our line of cycling awareness products and take the next step in providing a complete experience for riders,” said Dan Bartel, Garmin vice president of worldwide sales. “Varia rearview bike radar and smart bike lights not only alert cyclists of vehicles, but also alert the vehicles of the cyclist. With Garmin cycling products you can now track all your essential stats with peace of mind on the roads.” So there you have it.

Obviously the first question asked in the office was: Can you use it to tell if you've dropped your mates, or that person you passed on your commute, without looking over your shoulder? We don't know the answer to that yet. We'll keep you posted.