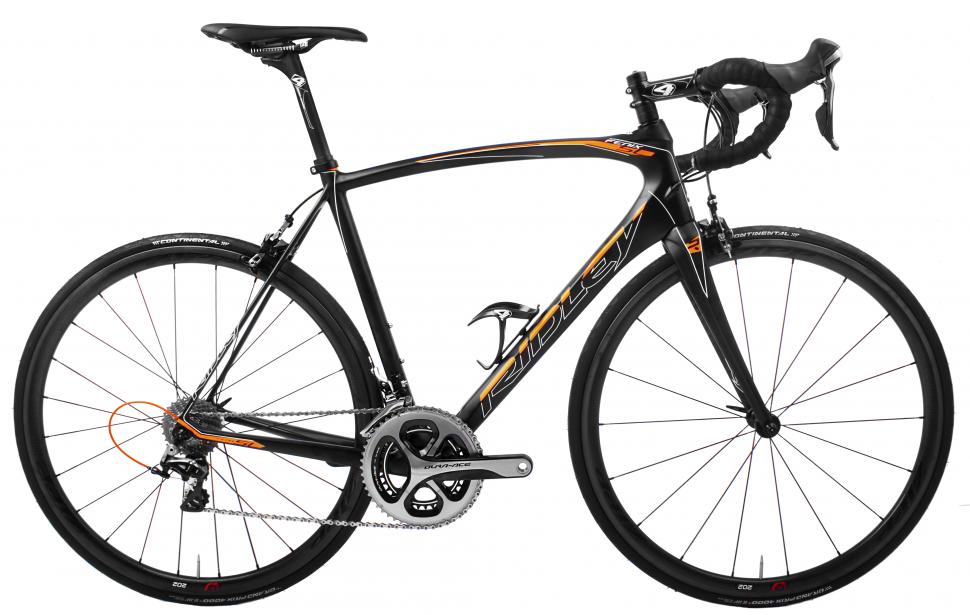 The Ridley sponsored Lotto-Soudal team has been discretely riding a brand new bike since the spring classics and all through the Giro d'Italia, but today we can reveal details of the Belgian company’s brand new Fenix SL, a successor to the current Fenix first introduced in 2013.

The new Fenix SL is a big update for the endurance model, and shares features from the company's other models such as the Helium SL and Noah Fast to provide the promise of a smoother and faster ride. With the rising popularity of endurance bikes it's no surprise that the Fenix has been Ridley's best-selling model in the UK, so there's a lot riding on this update.

The headline news is that it now accepts up to 30mm tyres. The current Fenix, as Dave pointed out in his review, would only take up to 27mm at a push, but not without seriously restricting clearance between the tyre and frame. Unless you’ve had your head in the sand, you’ll know there’s a trend for wider tyres. Racers are riding 28-30mm tyres in the spring classics and plenty of non-racers in the UK are seeking bikes with space for wider tyres for riding all of the time, which makes sense when you look at the poor state of repair the UK roads are in. All Fenix SL models will be sold as standard with 25mm tyres.

As well as bigger tyre clearance, the frame has been made lighter. It now weighs about the same as the Helium, which would make it about 950g. When designing this new bike, Ridley has borrowed designed elements from its lightweight Helium SL and Noah Fast aero road bike. So the chainstays are slender and skinny, as on the Helium, to provide some compliance, while up front the new fork and head tube feature a hint of aerodynamic influence. Elsewhere, the new Fenix SL has retained the diamond profile down tube of the current Fenix.

Ridley has used Shimano’s PressFit86 bottom bracket and all cables are internally routed. Ridley also looks to have moved away from the 31.8mm seatpost diameter on the current model to a 27.2mm post on this new bike, which is similar to most other manufacturers of endurance and sportive bikes like the Fenix SL.

Buyers guide: 2015 sportive and endurance road bikes +13 of the Best

The new Fenix SL should be available later this autumn we're told, and there will be eight models to choose from. Prices are expected to start at about £1,800 with a Shimano 105 groupset and rising to about £5,000 with Dura-Ace parts. The pictured bike isn’t quite the final spec, it should be pictured with Ridley’s own-brand Forza wheels and not the Zipp 202 wheels.

The current Fenix won’t completely disappear, it’ll be offered in a couple of builds with prices starting at £1,450. And of course there’s still the Fenix Disc as well.

That's about as much as we know at the moment, we'll report back soon when we get more details on the complete range.

1
Chris Boardman has sold his car and is working part-time at Halfords
2
Watch Live: Tour de France Virtual Stage 1
3
Near Miss of the Day 434: Cyclist starts using camera after driver forces him off road – and captures three close passes in a week
4
New study finds that cyclists don’t hold up motorists
5
Man arrested following Camden assault on cyclist (+ video)
6
Black teen on charity ride ‘grabbed from bike’ by Met police officer
7
Cyclist films drivers ignoring red lights – but hears nothing back from police
8
Near Miss of the Day 432: Cyclist at Sandbanks nearly taken out (+ video of traffic carnage in Dorset resort last week as day-trippers flocked to seaside)