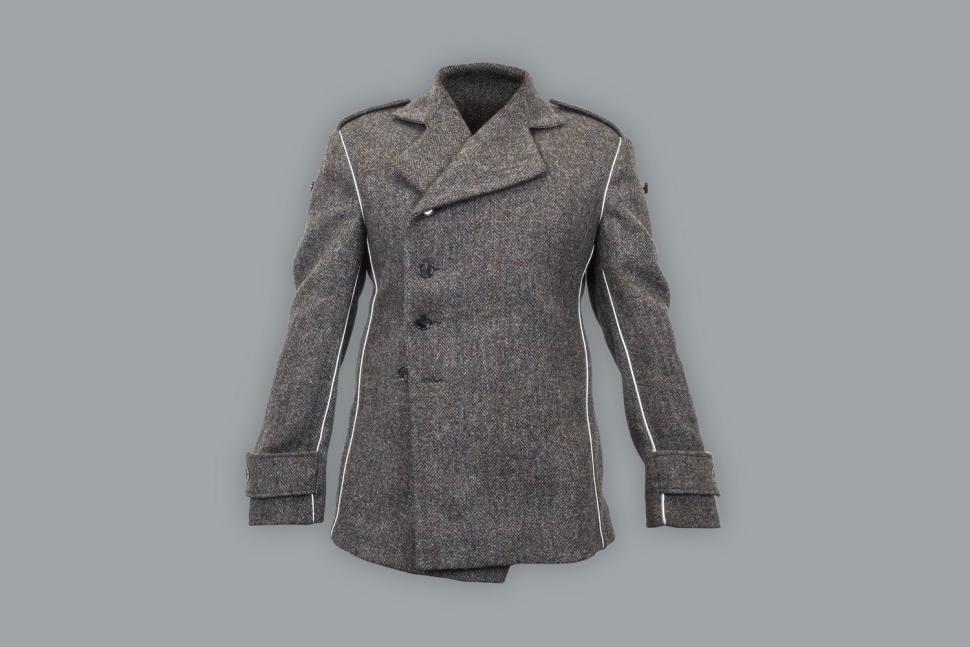 Students at the London College of Fashion have been invited to design new prototype clothing inspired by the new Volvo XC90 - with a futuristic safety jacket winning an award for Design, Media, Branding and Merchandising.

The Volvo Safety Jacket, created in three designs: ‘Commuter’ - a classic, tailored style with wearable technology including reflective panels and fibres; ‘Competitive’ for keen cyclists featuring reflective panels, waterproofing and aerodynamic technology and ‘Weekender’, a casual jacket with a relaxed fit, was the final winner. The three jackets also showcase a number of safety and technology aspects: auto-indication lights left and right turning, auto-light which senses dark and light, anti-collision to predict and alert driver and cyclist to danger and a Volvo group tracker which allows cyclists to communicate and keep track of each other in groups.

This entry, along with other visionary creations from some of the 50 students who participated, is now displayed at the LCFBA15 Show.

The intention is that some of the concepts will be considered for production. 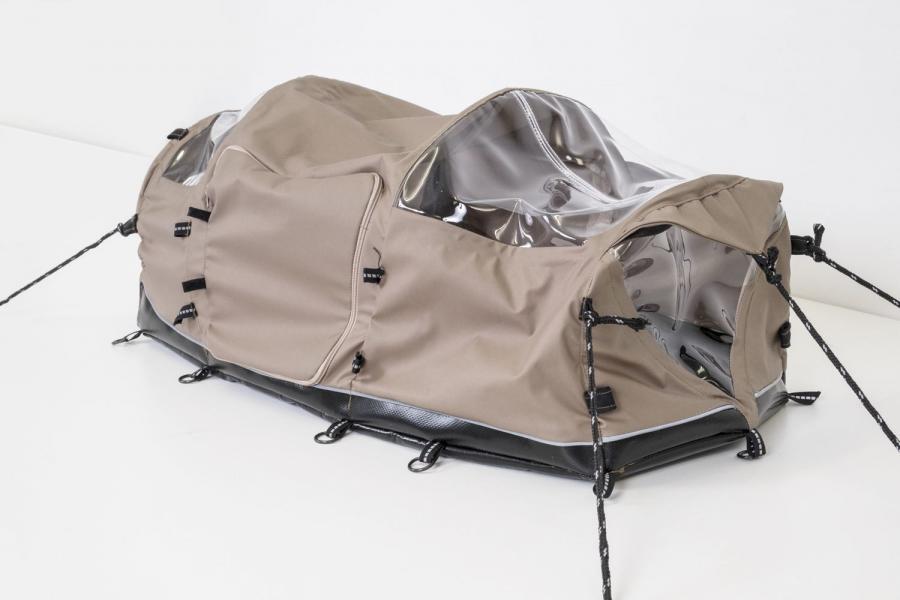 Other entries included the ‘XC90 Back to Nature’, a luxury family tent created from diverse and durable fabrics, such as a Cordura Lite Plus exterior, a Kevlar base and cashmere interior.

The tent attaches to the rear of the Volvo XC90. It’s tough but maintains an  luxurious aesthetic in line with Volvo styling.

Another student came up with the XC90 Sound Scape, a sound system ‘where sound and scenery connect’ which can be used with Apple Car Play found in the new Volvo XC90. The system adapts to play music based on the outdoor surroundings determined by weather, traffic and gradients. It brings the outside in and, for example, plays calming mellow sounds in high density traffic, uplifting mood and emotion.

The XC90 Cabin Luggage was another design; a luxury wheeled case which demonstrates how innovation and Swedish simplicity meet luxury and ergonomic design.

Andrew Hughes, Dean of the School of Management & Science at London College of Fashion, UAL said: ”UAL is extremely excited by this partnership with Volvo.

“Our students have gained valuable insight into the workings of a successful global brand and the opportunity to better understand the relationship between fashion and business.”

Earlier this year we reported how Volvo waded in to the cycling safety debate and familiar waters with Life Paint, the latest piece of reflective spray on paint for cyclists to wear to help those in vehicles see them on the roads.
Spitalfields' bike shop Peloton & Co shifted 500 cans in two days, with hundreds more phone requests from as far away as Australia.

While Volvo asserts its laudable aim to reduce serious injury and deaths caused by its new cars to zero by 2020, concerns have been raised over the efficacy of the product in terms of improving safety, which appears not to be backed by any research. Meanwhile the video it produced to market Life Paint is criticised for overplaying cycling risks.

Mikael Colville-Andersen, CEO of Copenhagenize Design Co., started a petition, calling for Volvos to be sprayed with Life Paint.

He says: "Everything about the life paint campaign is classic smokescreening from the automobile industry.

"Life Paint is simply a way to shift the focus from a failed product that is under fire and place it on the vulnerable traffic users. Pure victim blaming."

He adds: "When you look at things rationally, as I tend to do, you see 35,000 people killed by/in cars in both the EU and the US each year. A 9-11 each month for at least the past 60 years. God forbid if THAT fact starting gaining purchase in society."

Studies have shown increasing visibility improves detection of cyclists - via reflectivity at night or bright colours during the day but there's little evidence of the effect this has on collisions and injuries.

Colville-Andersen, meanwhile, points out evidence from a 20-year Australian study that cars 'lower on the visibility index', like black, blue, grey, green, red and silver, are more likely to be involved in road accidents.

He added: "Where are the Volvos of the world promoting motorist helmets, reflective paint on cars, airbags on the outside of cars that the Dutch have been working on since 2007 and yes, health warnings on cars, etc?"

Jamie Osman, shop manager at Peloton & Co in Spitalfields, East London, said they received 500 samples last Friday, and on Sunday all were gone. Since then, he said, the phone has been ringing constantly with requests, around 400-500 calls at his estimate, as well as emails, Facebook enquiries and requests from Australia and the US asking them to post samples.

He said: "I don't think anyone was prepared for how big it was."

1
Conor McGregor knocked off his bike... and gets a lift home off the driver who hit him
2
167 cyclists – and just four drivers – fined in police crackdown during Tour Down Under
3
The head to toe and full of nuts edition! Five cool things coming soon from Clif, MAAP, Chrome, Magicshine and GCN
4
Canyon reduces UK bike prices, citing better exchange rates, shipping costs and customs charges
5
The Cobble Wobble – a brutal 179-yard cobbled hill climb – is back after eleven-year hiatus
6
Father and son named as cyclists killed in suspected hit-and-run
7
"Our intention was not to hide these changes": Strava apologises for price hike controversy
8
Driver assaulted cyclist for questioning mobile phone use