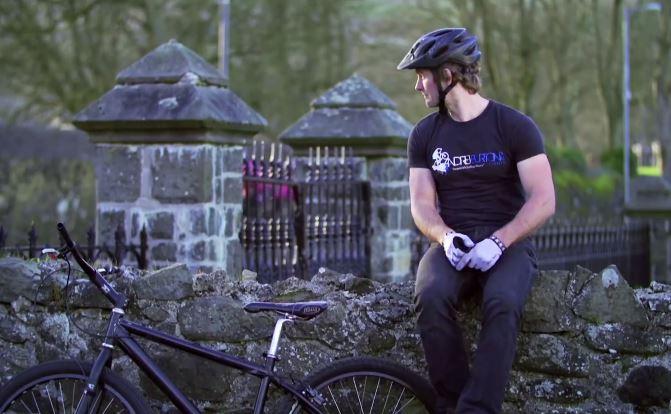 Stunt cyclist run over … in rehearsals for Clarkson, Hammond & May Live show (+ video)

Andrei Burton misses opening dates in Belfast and Sheffield, but will rejoin TV presenters for Johannesburg dates
by Simon_MacMichael

A stunt cyclist rehearsing for the opening date of a world tour by former Top Gear presenters Jeremy Clarkson, Richard Hammond and James May, sustained broken bones after being run over by a car in rehearsal.

Trials rider Andrei Burton was performing a stunt on top of a car shortly before the start in Belfast of the first date of the Clarkson, Hammond & May Live tour, renamed from Top Gear Live after the trio’s departure from the BBC.

According to the London Evening Standard, the 29-year-old broke two metatarsal bones, meaning he missed the opening three dates of the tour in Belfast, and following a CT scan yesterday he will also have to sit out a three-night visit to Sheffield the weekend after next.

However, he should return to the tour for its third stop, Johannesburg, in mid-June, after which it visits Stavanger, Perth, Sydney and Warsaw, before concluding in London in November.

At today’s launch of the Prudential RideLondon FreeCycle, where he was back on his bike doing tricks, the 29-year-old told the Standard: “I’m the only person in the world who rides on cars while they’re actually driving.

“We developed a sequence where I’m riding from car to car. It’s a lot of fun but unfortunately the car drove over me... I missed the first show and I’m going to miss the second as well.”

He added that Clarkson, Hammond and May had been "really nice" about the incident.

Burton, who has been touring with the TV presenters since 2012, had a happier experience in Northern Ireland last year – doing stunts at locations such as Titanic Belfast for a promotional video ahead of the start of the Giro d’Italia.