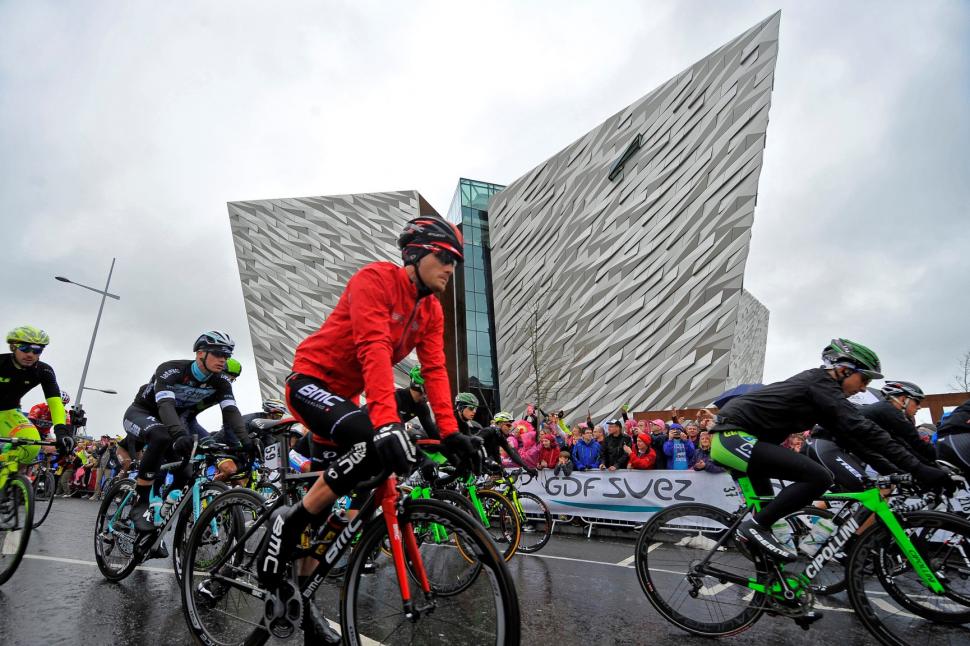 Devolved governments exploring bids to bring cycling's biggest race back to the UK...
by Simon_MacMichael

Politicians in Wales and Northern Ireland say they want to bring the Tour de France to their respective countries, citing the success of last year’s Grand Depart in Yorkshire. Scotland is already reportedly planning a bid for the Grand Depart after Edinburgh missed out to Yorkshire for last year’s race.

But according to a report on Wales Online, the potential benefits of bidding to host the start of the race would need to be examined first, with Mr Skates saying it would “need to be subject of a robust cost benefit analysis before reaching any final decision on a potential bid.”

He also addressed the possibility of the country bidding for the Commonwealth Games, saying: “We are continuing to work on a detailed feasibility study in relation to a potential bid for the 2026 Games. The key issues remain likely costs and benefits to Wales.”

Last July’s opening two days of the Tour de France in Yorkshire brought unprecedented crowds out to watch the Grand Depart, bringing more than £100 million to the region’s economy.

Meanwhile, the 1.5 million people watching the inaugural Tour de Yorkshire from the roadside earlier this month over the three days of the race shows the drawing power of top-flight to people in the UK, even if not all understand the nuances of the sport.

Edinburgh, which had the backing of the government and British Cycling, was beaten in its bid for the 2014 Grand Depart, but is determined to stage it in future.

And across the Irish Sea, Northern Ireland sports minister Caral Ni Chuilin has outlined plans to build on last year’s Giro d’Italia Big Start in Belfast by bringing events including the Tour de France to the country.

Northern Ireland is already due to host golf’s Open Championship and the Women’s Rugby World Cup, and according to the Belfast Telegraph, there are rumours the Giro may return.

She told the newspaper: "We should always aim high in trying to attract big sporting events here,” she said. “Why not aim for the Tour de France? It's been to Yorkshire, so why not here?

"When talks first came up about bringing the Giro d'Italia here there were people saying it could not be done, but I would always say there is no reason why we can't so let's explore it.

"I would say the same for the Tour de France. Let's go for it and see what happens.

"This island is a beautiful island and there is scenery to boast about and a tourism product north, south, east and west.

"We have the infrastructure and now on the back of the Giro we have great experience under our belts and we have shown we can deliver international and world events," she went on.

She said that hosting the Women’s Rugby World Cup in 2017 would boost the economy of Northern Ireland, which for decades was shunned by organisers of international events due to the Troubles.

"The sporting side, and the spectacle of it, will be incredible but from an economic viewpoint it is also very important.

“People will come here from all over the world to watch the tournament, they will take up hotel beds and spend money which means local businesses can benefit from it as well as sports fans."