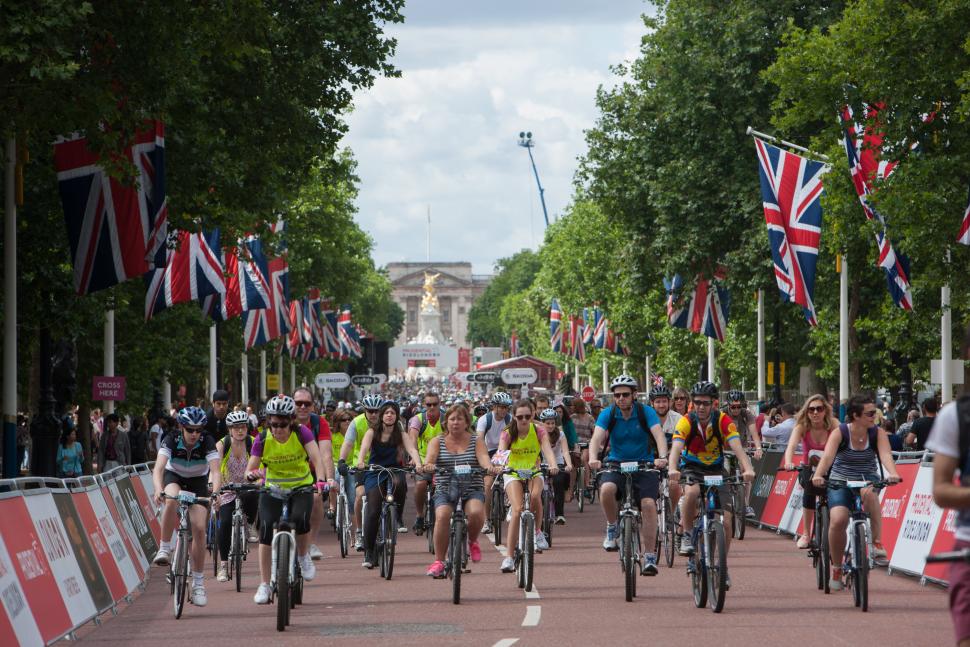 Government agency's demand for routing away from Birdcage Walk could mean no segregation on key section...
by Simon_MacMichael

Cyclists using a key part of Boris Johnson’s flagship £47 million east-west Cycle Superhighway, currently under construction, could be left without physical segregation from motor vehicles due to opposition from The Royal Parks.

The government agency, which manages eight parks in the capital including Green Park, and St James’s Park, wants the planned route changed so it avoids Birdcage Walk and uses the Mall instead, reports the London Evening Standard’s Ross Lydall.

In its response to a consultation held by Transport for London (TfL) between 9 February and 29 March, Royal Parks chief executive, Linda Lennon said that for operational reasons including tree maintenance and access to a works yard, the route must avoid Birdcage Walk.

While Ms Lennon says the agency “supports the overall ambition” of the project, which will provide a segregated route from Tower Hill to the Westway, she insists that “technical, operational, safety and engineering challenges are still to be resolved”.

Citing concerns among Royal Parks staff regarding potential conflict with people on foot and animals, she added: “The Royal Parks reserves the right to re-site, reconfigure or remove these routes and infrastructure in future if the impact of the cycle routes lead to increased conflict, undermines safety or has a detrimental impact to the intrinsic qualities of other areas of the park.”

Alan Bristow, director of road space management at TfL, told the Standard: “We recently consulted on a segregated two-way cycle track on Birdcage Walk, providing cyclists travelling to and from Victoria with a route protected from vehicles.

“We will continue to work closely with the Royal Parks as we finalise detailed plans for the east-west route through St James’s Park.”

A spokesman for The Royal Parks insisted that routing the Cycle Superhighway along Horse Guards Road and The Mall was the better option, however.

In February, when TfL opened its consultation, it emerged that The Royal Parks was also opposing plans to route the Cycle Superhighway in front of Buckingham Palace, potentially creating a 300-metre gap.

At the time, the mayor’s cycling commissioner, Andrew Gilligan, said: “We have been working for months with the Royal Parks to resolve the problem of either a gap in the middle of the flagship route or a serious pedestrian-cyclist conflict at Constitution Hill. We very much hope we can still resolve this problem.”

“This is the Mayor’s flagship East-West cycle superhighway. It's had support from thousands, and hundreds of thousands of others have been looking forward to their promised high quality, segregated route from East to West London.

“To now suggest that this flagship cycle superhighway should have a 300 metre gap in it directly outside the iconic location of Buckingham Palace is frankly embarrassing.

“When you factor in the fact that cyclists will be expected to either share space with thousands of tourists, or share road space with six lanes of motor traffic, it becomes downright dangerous.”

In 2010, Mr Johnson proposed that responsibility for the Royal Parks Agency be devolved from Whitehall to his office; had that happened, the current uncertainty over the route of the Cycle Superhighway would not be an issue.