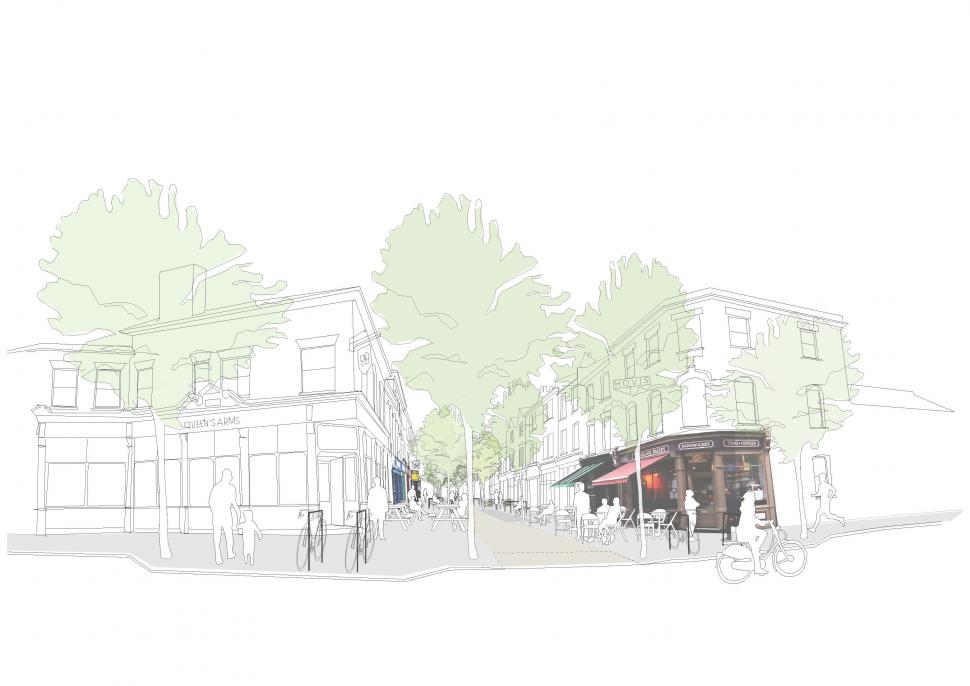 But other schemes under threat
by Laura Laker

Waltham Forest is the first of London's three £30m Mini Holland schemes to break ground, with work running ahead of schedule in its "massively ambitious" scheme that campaigners are calling a triumph of political will.

The news comes as the two other Mini Hollands, Kingston and Enfield, intended to showcase Dutch-inspired schemes to reduce motor traffic in outer London, have yet to get out the spades, with Enfield looking likely to see dramatically watered down designs.

Waltham Forest council divided opinion last year with trial road closures before a successful public engagement programme got local businesses and residents on side by promoting the scheme as benefiting everyone, not just cyclists. Two residential roads have now been closed off to motor traffic since work on the 'village' scheme started in March, while work to close high street Orford Road to all motor traffic except for one bus route, is running ahead of schedule.

Paul Gasson, of Waltham Forest Cyclists, said: "All in all I'm pretty pleased with the way the council has responded. There is a feeling that most people want to see safer, quieter streets and that is what we are going to get in the village - there is going to be less through traffic.

"Already I am seeing a huge reduction in traffic volume and speed and there's only two road closures in place."

He said: "They are making clear the benefits for the whole community, not just for cycling, saying it is going to be much quieter, much more pleasant for everyone."

Gasson praised councillors' political leadership and council officers' commitment to the scheme, as well as a popular microsite providing information on the scheme.

He said: "This has got the money, it's got the vision to deliver something radical and different and [Waltham Forest] are going to deliver what we bid for. I think it is a different political situation from other boroughs, which means the vision has a chance of working." 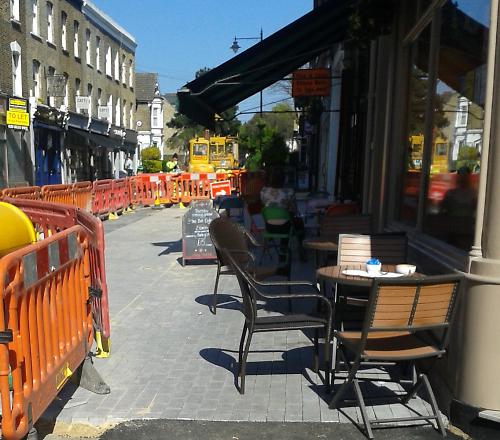 In the Walthamstow village scheme two residential streets, East Avenue and West Avenue, are now closed to through traffic, while work has started on re-paving shopping street Orford Road, which will be closed 10am-10pm to all traffic except one local bus, cycles and pedestrians.

Work has also started on Ruckholt Road, a junction scheme where pavements have been widened to create a large green space and segregated cycle routes will be installed with bus stop bypasses. 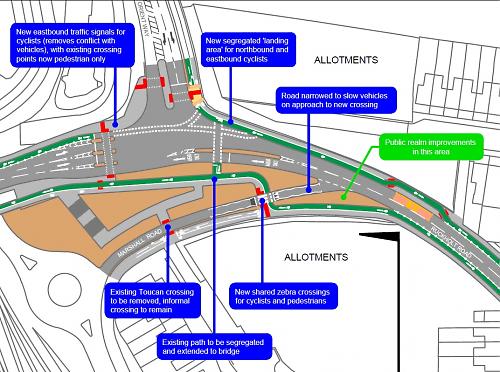 Bike hangars have started appearing, and speed cushions are being replaced with 'sinusoidal' sleeping policemen to prevent the problem of speeding rat runners. Half of the £30m will be spent within a mile of Walthamstow Central, a station at the Northern end of the Victoria line.

A council spokesman said he is unable to comment in detail due to the election but provided details of work carried out and said: "We are very proud to be the first of the three boroughs to break ground on a Mini Holland project."

Thanks to the scheme's success council officers from Waltham Forest are now apparently being head hunted to join TfL's superhighways scheme.

Consultation opens soon on Waltham Forest's own segregated superhighway along Lea Bridge Road, where two cyclists were seriously injured within days of one another last year. Council officers want to trump TfL's superhighways, something Gasson believes they will acheive.

In the other two Mini Holland schemes things look less promising. Enfield council only held its first consultation on the scheme in February, with no work planned for this year and the original scheme looking likely to be watered down amid business concerns a loss of parking will harm trade. In Kingston upon Thames, the Portsmouth Road scheme, which was originally watered down from a segregated two-way route to a painted white line, looks to have been improved dramatically with 60% support of the scheme, to feature kerb and armadillo segregation, but work is not due to start until the end of the year.

Three successful Mini Holland bids were awarded £30m in March 2014 with the most ambitious bids getting the Mayor and cycling commissioner, Andrew Gilligan's attention.