The Belgian team will be racing Cube's 750g Litening C68 frame this season with Dura-Ace, FSA and Fulcrum parts
by David Arthur @davearthur

Wanty Groupe Gobert are a Professional Continental team (one rung below WorldTour status) and this year they’ll be racing aboard Cube’s latest Litening C68. For a company as large as Cube, it’s some surprise they’ve not been involved with a professional race team before, but they are now, and photos of the new team bikes have just been released. 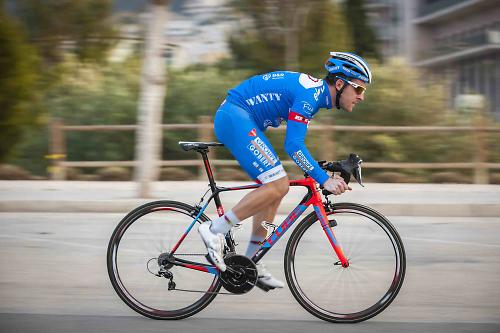 Cube says one of the reasons for sponsoring the team is to get feedback from the riders, which will be used in the development of their road and time trial bikes. That's pretty much the same line we hear from other manufacturers, as well as the obvious marketing benefits of sponsoring a race team.

“The input from professional athletes is of great importance to help our engineers bring the highest quality to our customers. We are therefore looking forward to a long and rewarding partnership,” says the company. 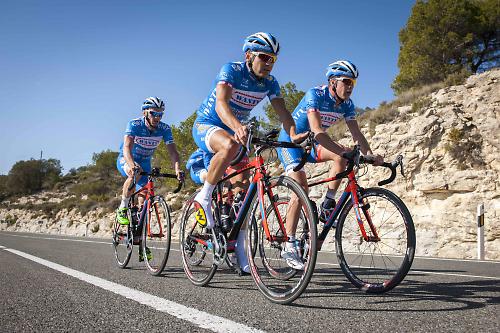 The Belgian team then will be riding Cube’s flagship race bike, the Litening C68. This a new bike that was launched at Eurobike last year, with a new carbon fibre layup giving claim to a 750g frame weight. That puts it in the same ballpark as the likes of Cannondale’s SuperSix Evo and the Trek Emonda, two of the lightest frames in the professional peloton. Most frames typically weigh between 750 and 950g though, there isn’t much to choose between them. 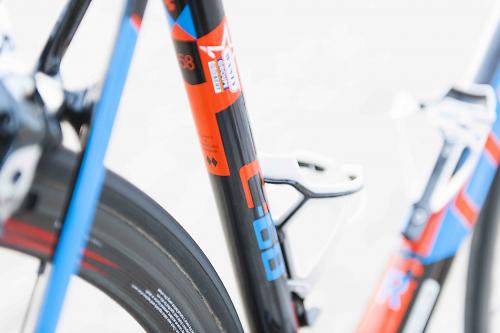 The frame uses something called Spread Tow Technology. What's that then? Spread Tow (tow is an untwisted bundle of continuous filaments) is a process that spreads out this bundle of carbon fibres making them flat and wide, and weaving them with an interlacing pattern. Other companies like Felt have previously used similar technology, Felt using TeXtreme Spread Tow carbon fabric produced by Swedish company Oxeon AB, for their range-topping F1. 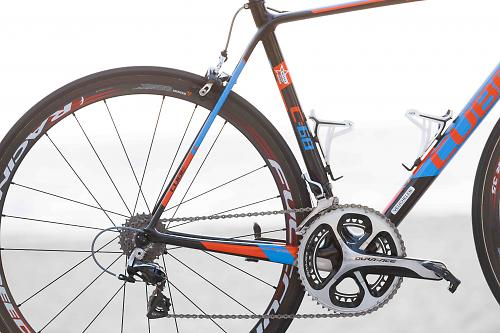 The frames will be shod with full Shimano Dura-Ace mechanical groupsets, rather than the more common Di2 seen in the pro ranks. The gear and brake cables are internally routed inside the frame, dropping in through the top of the down tube with interchangeable plugs, that can be adapted for an electronic groupset. 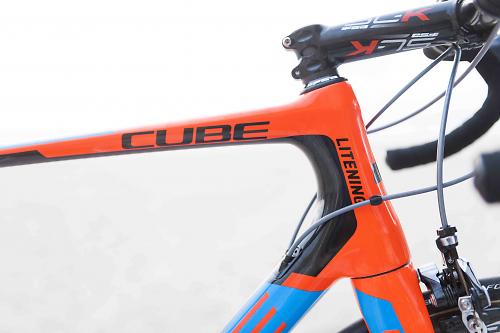 FSA, a familiar sight and almost the go-to company for bars, stem and seatposts in the peloton, supply the team with their Energy Compact carbon handlebars and SL-K stem, with a K-Force carbon seatpost. San Marco will provide the team with saddles, the one pictured is the Zoncolan. 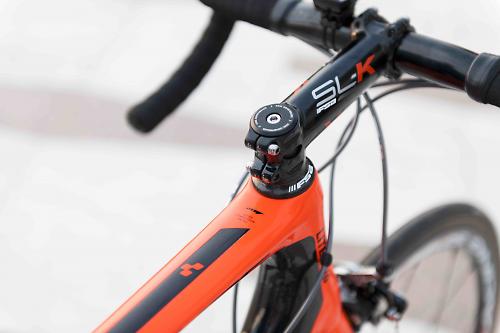 Fulcrum supplies their Speed XLR 35 carbon fibre tubular wheels, with Vredestein tyres glued to the rims. It should produce a light enough build that I reckon the team mechanics will be needing to add some lead weights to - the similarly specced show bike at Eurobike last autumn had a claimed 6.8kg weight, well below the UCI’s weight limit. Riding shots from the team training camp show most using SRM Powermeters, so that’ll bump up the weight a bit. 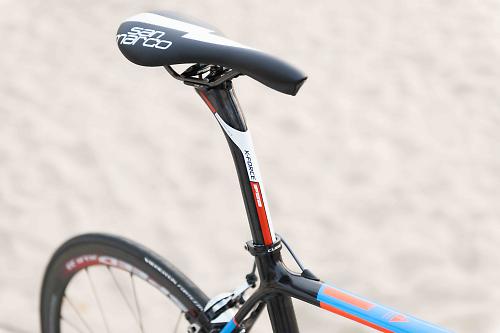 “We finished second in the UCI Europe Tour rankings, won ten UCI-races and finished on the podium 43 times in total. Our international visibility as a team has really grown and that convinced the management of CUBE. It’s a very modern company, a real front-runner when it comes to development and research. With the production of over 400,000 bikes a year, we have a very strong partner on our side in CUBE.” 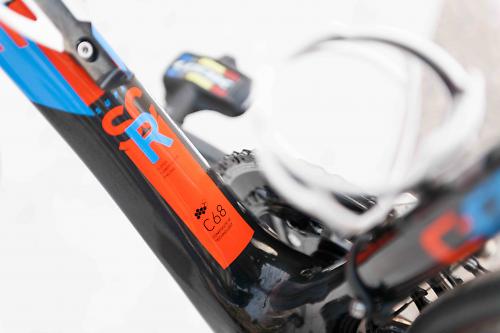 And with this paint job the bikes should be easy to spot in the peloton.