Santa Cruz, a company best known for its award-winning mountain bikes, has today launched the brand new Stigmata carbon fibre cyclocross bike. While it’s an all-new bike, the name isn’t new: the Stigmata was first introduced as a ‘cross bike some ten years ago.

Then it had an Easton aluminium frame, but with this revived frame Santa Cruz has employed it’s carbon fibre expertise to make it out of the black stuff, and given the new frame a PressFit 30 bottom bracket, internal cable and hose routing, thru-axles front and rear and space for up to 41mm tyres. 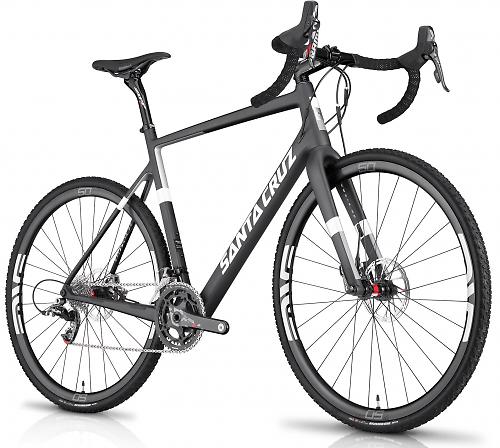 The frame features thru-axles, which is no surprise given most of the company’s mountain bikes sport thru-axles. The new fork, which routes the brake hose through the non-driveside leg, features a 15mm thru-axle and out back is a 142x12mm thru-axle, both standards common in the mountain bike world. The dropouts are carbon fibre. The frame accepts 140 and 160mm rotors. It has a 27.2mm seatpost.

Like the original, the new Stigmata is intended to be an out-and-out race bike, so there’s a complete absence of mudguard and rack mounts that offer the versatility that has made cyclocross bikes popular for commuting and light touring. 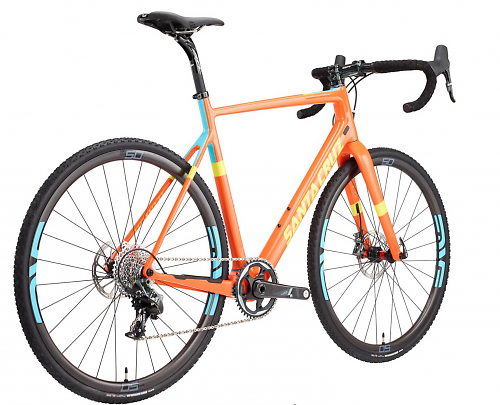 While cyclocross racing is undoubtedly hugely popular at the moment, and certainly is on the rise globally and a good a time as any to launch a cyclocross bike, I wonder if it’s actually been brought back with half an eye on the gravel riding and racing scene, which is huge over in the US. The video Santa Cruz has released for this launch certainly suggests the new bike is more about adventure than an hour of racing around a school playing field on a Sunday morning

Santa Cruz UK will be offering three builds, each using a SRAM groupset with hydraulic disc brakes. Interesting there is no Shimano build option for launch. The company has also specced tubeless-ready rims and 33mm Maxxis Mud Wrestler tyres on each bike, with Stans Sealant presumably pre-installed, so the bikes are tubeless from the box. 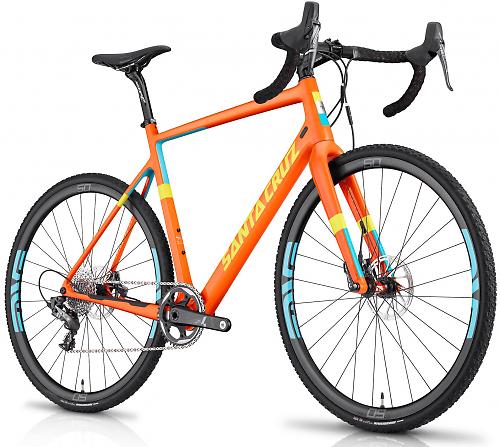 And top of the range is a £5,999 bike specced with SRAM’s RED CX groupset with a 46/36 double ring chainset, DT Swiss 240 wheels, the same WTB Mud Wrestler tyres and Zipp Service Course SL bars, stem and post. Weight is a claimed 7.53kg (16.6lb), which is lighter than than disc-equipped road bikes I’ve tested.

If you’re feeling flush, there’s the option to customise the build, and upgrade the wheels to ENVE M50 carbon fibre rims, with coloured decals, on DT Swiss 240 hubs.

The frameset will also be available, priced at £1,999.