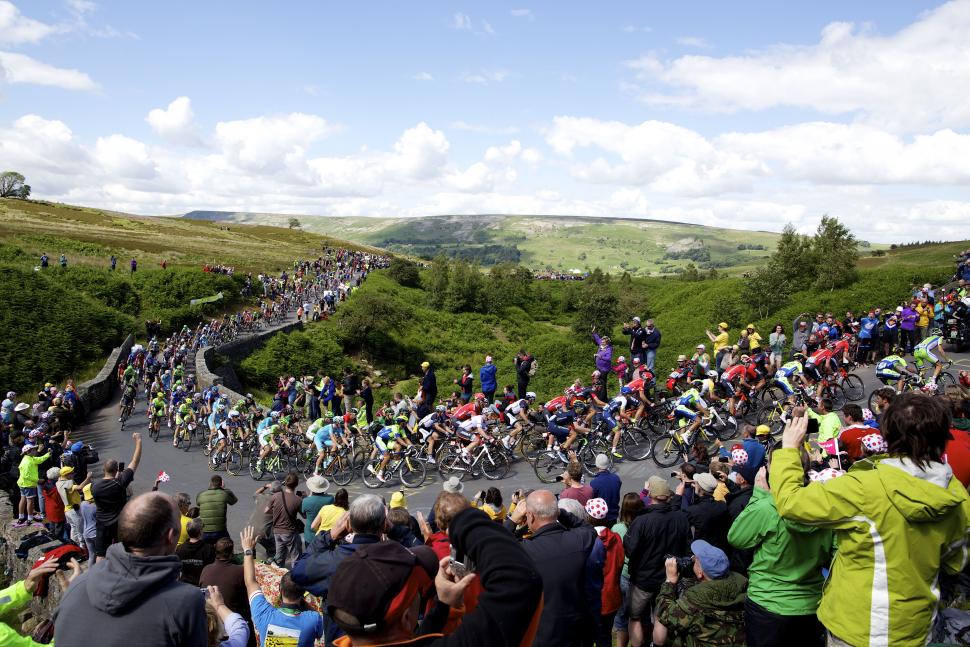 Gateshead Council already backs idea of bringing Tour start to region, but no bid date set yet
by Simon_MacMichael

Newcastle City Council has thrown its weight behind plans to bring the Grand Départ of the Tour de France to the North East of England, reports Chroniclelive.co.uk.

It joins Tyneside neighbour Gateshead Council in wanting to secure the opening days of the race, which this year began in Yorkshire and brought the area an economic benefit estimated at in excess of £100 million.

“Newcastle already has a growing reputation for hosting international sporting events such as Olympic football, the world’s biggest half marathon, the Great North Run and of course the Rugby World Cup later this year.

“I am sure if we put our minds to it, the councils in the region could work together to be a serious contender at least.”

His fellow councillor Rob Higgins, described as a keen cyclist, is calling on other councils in the region to get involved, and is also looking to set up talks with officials from the French consulate in Newcastle to gain their support.

But he said that money from the private sector would be needed if the event were to be brought to the North East.

“Having spent two wonderful days in Yorkshire last summer witnessing the wonderful colourful spectacle of the Tour de France I am determined that we should now make a huge effort to bring this event to the North East,” he commented.

“The event in Yorkshire attracted 4.8m people over the three days. Almost half of those were visitors to the region and generated an immediate direct financial benefit of £102m.”

When Gateshead Council published its draft culture plan last year, the Tour de France featured on a list of events that could be brought to the area over the next two and a half decades.

With London and Kent having hosted the Grand Départ in 2007 and Yorkshire doing so last year, it is likely to be at least several years until the Tour returns to the UK, however.

Any bid to host it in North East England are likely to face rival proposals from Edinburgh, which missed out to Yorkshire but is still keen to stage the Grand Départ, plus other cities keen to replicate last year’s success.

“Were it to become a real possibility then this would need to fit into the itinerary of the Tour and would be some years down the road,” Councillor Higgins commented.