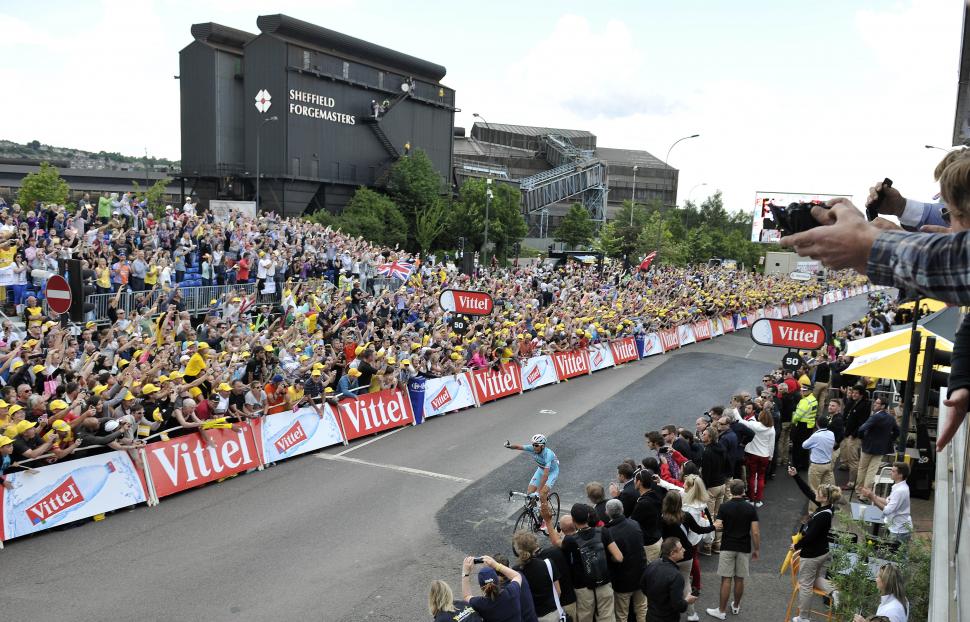 Sheffield City Council has defended its decision not to get involved in next year’s inaugural Tour de Yorkshire, saying it wants to give other places in the region the opportunity to host the race.

In July, Astana’s Vincenzo Nibali won Stage 2 of the Tour de France in Sheffield, the first of four stage victories that would help set him up for the overall victory three weeks later.

But unlike Leeds and York, the hosts of the starts of the opening two stages in that race, the Steel City was missing from the list of places that will figure in stage starts and finishes in the Tour de Yorkshire, which runs from 1-3 May.

The race, which is being run by Welcome to Yorkshire and Tour de France organisers ASO with the support of British Cycling, will also visit Bridlington, Leeds, Scarborough and Selby.

However, according to the Yorkshire Post, the council’s cabinet member for culture, Isobel Bowler, said: “I can confirm that Sheffield did not submit a bid to be included in next year’s Tour de Yorkshire.

“After this year’s hugely successful Grand Départ Stage 2 finish in Sheffield, we believed it only fair to allow other towns in the region that were unable to host the Tour this year should be able to welcome the new event in 2015.”

She added: “We will be building on the cycling legacy created by hosting the world’s greatest annual sporting event and we wish the new race every success next year.”

Full details of the route of the new race will be unveiled on 21 January, 100 days before it starts.