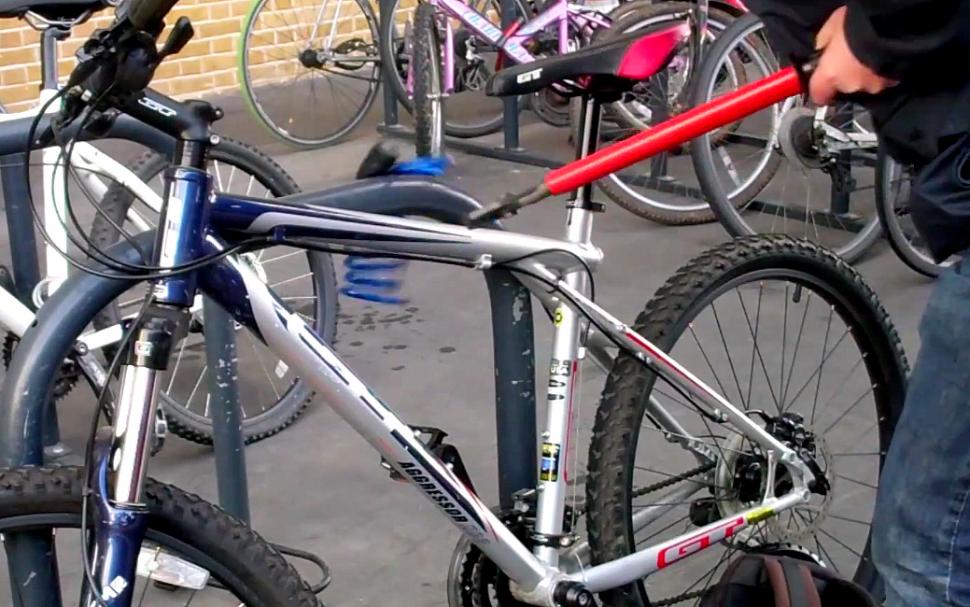 British Transport Police (BTP) has released images of eight men it wants to speak to in connection with bike thefts at stations around the country, and released video of bikes being stolen following the jailing of three thieves for stealing over 500 bikes in London.

The appeal and court case are part of BTP's 'Operation Wiggins' crackdown on bike theft from stations, a problem that saw 5,318 bikes stolen in 2013/14, with an estimated value of over £1.5million.

In perhaps the most successful prosecution yet, Tomasz Brzezinski, 26, Zayn Khan, 19 both from Ealing; and Joshua Scott, 19, from Brent were jailed for a total of five-and-a-half years at Blackfriars Crown Court for stealing over 500 bikes from railway stations and other public places across London and Hertfordshire.

The BTP says in recent years far more people are riding their bikes to stations, creating a rich feeding ground for thieves.

Superintendent Jason Bunyard oversees Operation Wiggins. He said: "This has provided increased opportunities for thieves due to bikes being relatively easy to steal and dispose of. Bikes sadly remain an attractive target for thieves.

“More bikes stolen will lead to in an increase in insurance claims resulting in higher premiums for everyone.”

He and the BTP emphasised what has become the standard advice for combatting thieves: use a good lock and get your bike marked and registered.

Most of those 5,318 bikes stolen weren’t secured correctly, or had sub-standard locks, the BTP said.

Superintendent Bunyard said: “Thieves need to operate quickly to reduce their chances of being caught; having a heavy duty lock makes their job much more difficult and they are more likely to abandon any attempt to steal your bike.

“Its quite surprising that someone would spend over £1,000 on a bike then use a £5 lock to secure it. We would always recommend spending at least 10 per cent of the value of the bike on an appropriate lock."

To show just how easy cheap locks are to break, the BTP made this video:

He also warned that if you're buying a bike that seems to be remarkably cheap or the seller has no proof he owns it, you should be suspicious.

He said: “Don’t be tempted in purchasing a bargain bike online, from someone on the street or down the pub, with no questions asked. You could be prosecuted for handling stolen goods and will be landed with a criminal record. Always insist on a proof of ownership and check the bike frame number on Bikeregister.com.”

Over the course of the day of action BTP tweeted these images of men they want to speak to in connection with bike thefts: 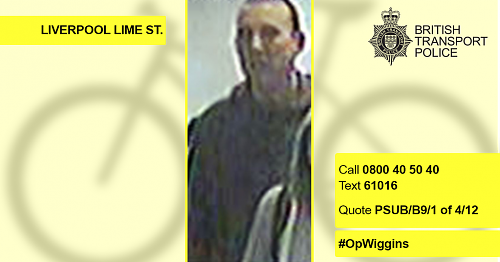 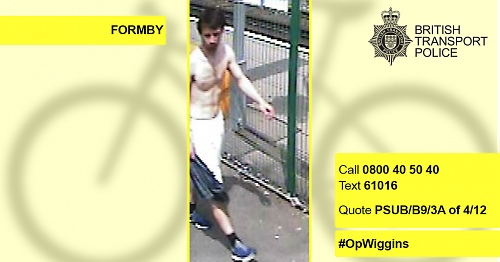 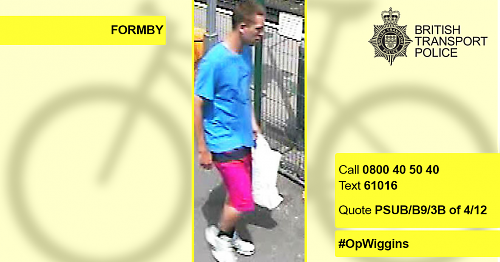 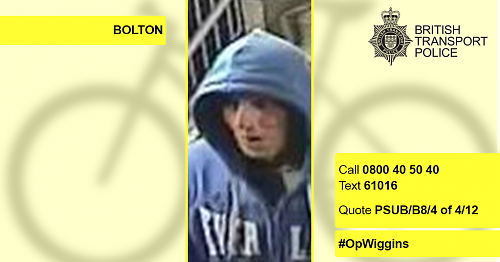 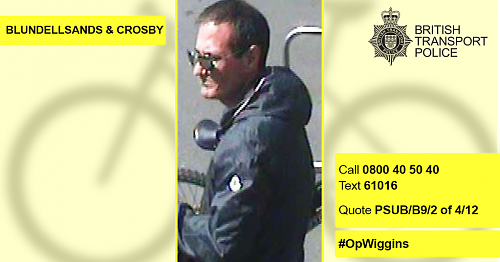 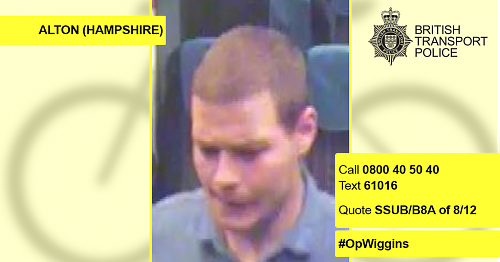 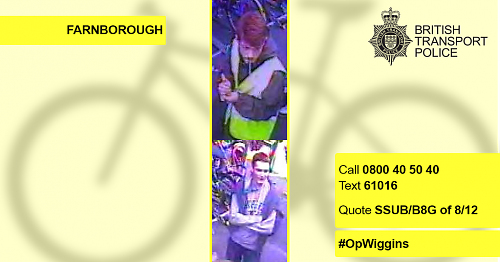 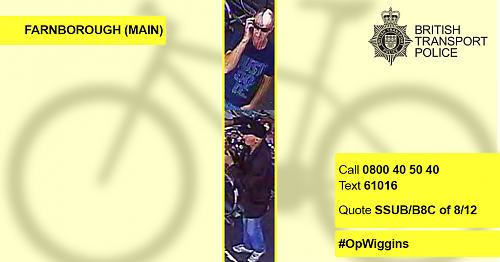 Over the years we’ve compiled a definitive set of anti bike theft tips, with input from the road.cc community. Here they are:

• Lock your bike to a secure, immovable object. Trees and certain pieces of street furniture don’t make particularly good locking locations; trees limbs can be sawed through, and your bike can often be lifted over bollards and signposts.
• Your wheels are the most vulnerable part of your bike. Make sure that your lock goes through both wheels and the frame, or use two locks: one for each wheel. Alternatively you can invest in a locking wheel skewer for your front wheel.
• It doesn’t take long to steal a bike. Make sure that you lock your bike up properly whether you are leaving it for 30 seconds or half an hour.
• Bike lights and other items and accessories that are not secured to your bike are easy pickings for thieves. Take them with you whenever you leave your bike.
• No matter how safe you feel in your home, your bike is still at risk, especially if it’s in your garage or your shed. Lock it up at home like you would if you were on the street.
• Not all bike locks are cheap, but you really do get what you pay for. If you treasure your bike, buying the best locks that you can afford would be a wise investment.
• If you come back to your bike and it's got a mysterious puncture or damage, walk it home. It's probably been marked in the hope that you'll leave it there overnight.
• Consider using a registration service, such as Bike Register, to physically mark your bike with an identifying feature and link it to your identity on the police database. Certain councils and police constabularies offer free solutions, and there are alternatives to Bike Register.
• If it does go missing you must report it. The police will only take bike crime more seriously if they have reason to do so.
• If you're down to one lock, or are particularly worried about the security of your wheel, taking your front wheel with you eliminates half of the risk of theft immediately.
• Use secure bike parking wherever possible. Even for a price, your bike will be far better protected from theft inside a designated secure location rather than on the street, no matter how well you think you’ve locked it up.
• Make sure that you lock your bike up in as public of a place as possible. If you leave it in a secluded location, it will give any would-be thief time to work on your lock undisturbed.
• Make the lock mechanism itself hard to access. For example if you're locking your bike to railings, point the lock mechanism away from the street so it's harder for a thief to attack.
• Don't leave space in your shackle - any extra space gives evil bike stealing tools the room they need to do their dirty work. Don't give them that opportunity.
• If you’ve taken out insurance on your bike don’t buy any old lock. Make sure that the locks that you have purchased are featured on Sold Secure’s approved products list as many insurance companies insist on their use.
• But most importantly, wherever you’re going, please do not forget your lock!