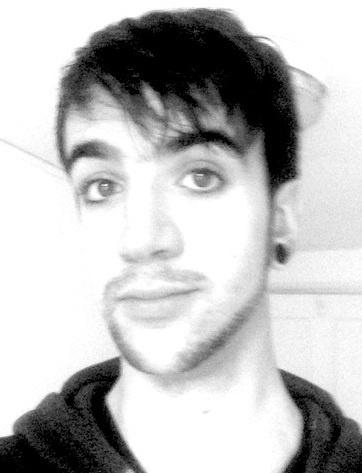 The driver who killed Bath cyclist Jake Gilmore in November 2013 was today sentenced to three years in jail at Bristol Crown Court.

Raymond Isherwood, 53, of Bennett Street, Bath had previously pled guilty to causing death by dangerous driving, failing to stop at the scene of an accident, perverting the course of justice, failure to surrender to police bail, and cultivation of cannabis.

Jake Gilmore was riding home from working at the Lamb and Lion pub in central Bath when Isherwood hit him with Volkswagon Golf on Midland Bridge Road at around 9.30pm on Saturday, November 16.

According to the Bath Chronicle, prosecutor Rupert Lowe told the court: “Mr Gilmore was knocked from his bicycle, landed on his bonnet, windscreen and roof of the car before falling to the road behind and when the accident happened there was nobody in the street either on foot or in a car and the area was not covered by CCTV. 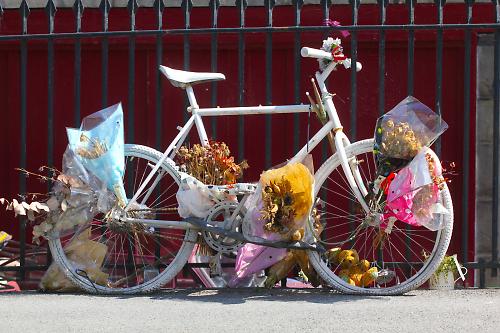 “Mr Isherwood knew he had hit somebody but failed to stop. He told police later he didn’t even break or take his foot from the accelerator.”

Isherwood drove to nearby Royal Victoria Park and covered the car with a plastic sheet to conceal its smashed windscreen and dented body, then walked to his flat.

"He could hear the sirens in the distance which he knew must relate to the accident which he had just caused," Lowe said.

Isherwood's car was found by police at 9.30pm the following day, and linked to the crash by a piece of the car's grill that was found at the scene.

Officers went to Isherwood's flat and had to force entry in order to arrest him. They also discovered 46 cannabis plants.

When interviewed by police, he said he had been sober at the time of the crash and had not smoked any cannabis.

He said he hoped he had hit a dog and had been distracted by trying to move a CD from his laptop to his car CD player.

But the prosecution said this could not be correct as examination of the laptop had failed to uncover any fragments of broken glass from the smashed windscreen.

He said: “The remorse Mr Isherwood feels is complete and genuine.

“Some people do the right thing straight away - don’t we like to think we all would. He wasn’t able to face up to what he did on that November night.”

Row said his client had "panicked" after the collision and had not been able to face up to what he had done.

He read a letter from Isherwood, which said: "I am so desperately sorry for the immense pain and loss that I have caused them and offer the family my sincere regret."

He said that his client had problems sleeping and had considered taking his own life since the incident.

"It was made the worse by your failure to slow down or stop in the immediate aftermath of the collision.

"You left the scene with no thought for the person you had just struck.

"You must have known that he was very likely to have been seriously injured, not least by the damage caused to your car.

"You thought only of yourself and you sought to hide what you had done.

"Jake Gilmore was 19-years-old, he was in the prime of his life.

"He was a much loved son and brother.

"The impact of his loss on his family and friends is profound.

"Their suffering will have been made worse by the callous way you left the scene.

"Common humanity and common decency should have made you stop after this collision but you drove on regardless."

The starting point for a Level 3 offence of causing death by dangerous driving, where the driving involved carried a significant risk of danger, is three years custody. Isherwood's failure to remain at the scene will have been an aggravating factor, bringing the sentence to four years. This was reduced by a third because iof his early guilty plea.

A further four months was added to the sentence for the possession of cannabis plants, to be served consecutively.

In a statement released by the police after the sentence was handed down, Jake's family said: "As we said in our impact statement, there can be no doubt; the loss of our eldest son Jake, so suddenly and pointlessly has been the worst thing that could possible happen to us. His loss has inflicted emotional wounds from which we do not believe we will ever recover. The space he has left can never be filled.

"Jake was less than 2 months short of his 20th birthday. He had left home only 3 months before he was killed. We had tried to teach him what life had to offer, and equipped him to take advantage of it. He was still young enough to perceive life as a great adventure, and we were looking forward to sharing it with him.

"We were advised that the sentence given to the driver is unlikely to reflect the enormous loss we now have to try and live with, but it is a relief that this process has now been brought to a conclusion.

"We would like to thank the family and friends who have supported us, and who continue to do so. We would like to extend this to our family liaison officers, who have guided us through this, and the investigating team who have pursued this case.

"Jake was not the only cyclist to die on Britain’s roads last year, and this year’s total is creeping up at the same rate as all other years. It is ghastly for us to know that there are families all over the country waking up to the same never-ending torture that we have to endure, every day. So, as a family that cycles, we would like to take this moment to urge all road users to take more care, to pay attention, to slow down, to think."

Martin Key, campaigns manager at British Cycling, said: "It is clear that the current justice system delivers results which send the wrong message about the right for people to ride safely on Britain's roads.

“This tragic case demonstrates yet again that the consequences of using electronic equipment or other distractions while driving are not sufficient to deliver real justice for victims and their families.

“The Government is undertaking a review of how the system operates for vulnerable road users and the need for urgent and effective action is crucial.”