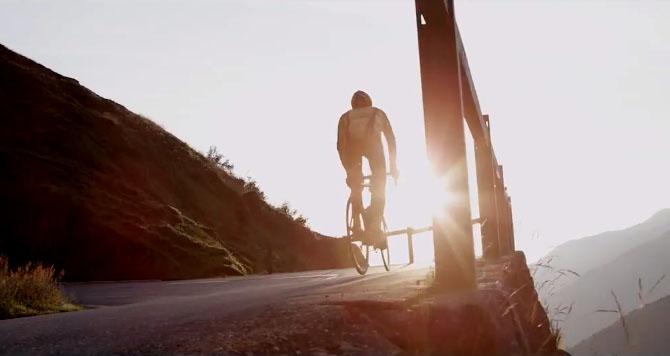 Mavic ambassador Mike goes solo for even longer... live it with him in this 13-minute video
by dave atkinson

We're all time-pressed and 13 minutes is a lot out of your day. But This video of Mike Cotty's 1,012km ride to Chamonix is well worth it, if only to add a whole bunch of climbs to your bucket list and take in the extraordinary views.

Mike's no stranger to epic rides, having completed a 666km monster ride from Evian-les-Bains to Nice last year. That ride took in 17 cols on its way to the sea but this monster route packs in 21, many of them well in excess of 2,000m, and a total of 21,250m of climbing. Or 2.4 Everests, since that's the universally accepted height gain unit of anything like this.

The mighty Stelvio (2,757m) was the highest point en route and Mike didn't have it all his own way this time, having to endure some heavy rain on the first night. That's when having a full Mavic backup car is a good idea...

The total riding time was 50 hours and 29 minutes, with just over three hours of breaks. Two and a bit days, then, at a riding average of just over 20km/h, over some pretty substantial terrain. The cobbles of the Gottard Pass, some 43 hours in, must have been a whole lot of fun. Chapeau Mike.