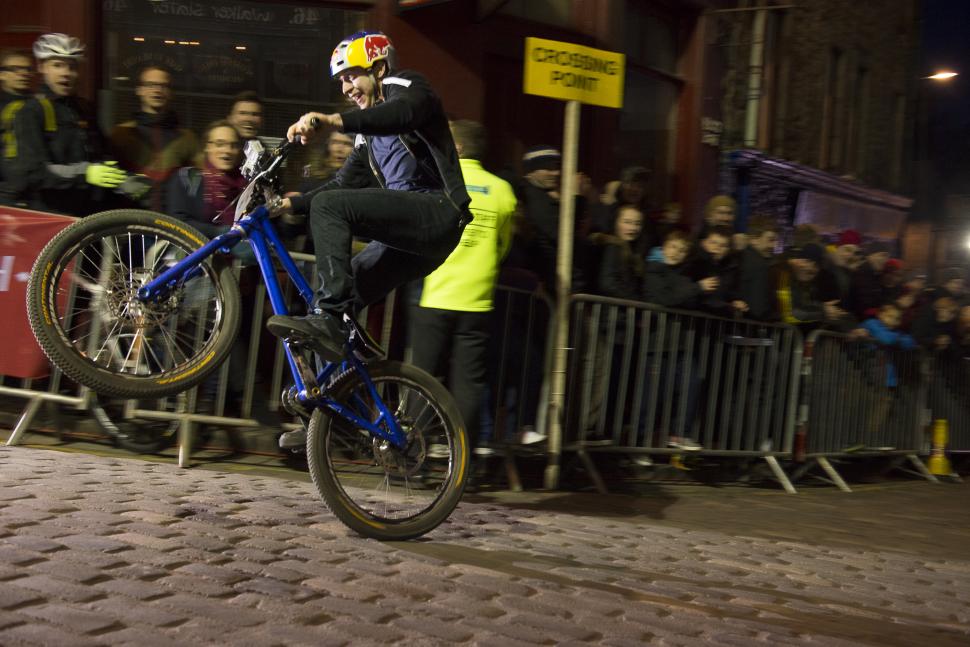 Any video from Danny MacAskill is bound to attract plenty of attention on social media – but his latest one has seen the Scottish trials ace come under criticism, due to its setting, the Playboy Mansion, plus the presence in the clip of several 'Playmates,' women dressed in Playboy Bunny outfits.

The Gothic-Tudor style Los Angeles home of Playboy founder Hugh Hefner, aged 88, forms the backdrop to a video uploaded yesterday by MacAskill's sponsor Red Bull’s and flagged up by the cyclist to his followers on Facebook and Twitter.

The video, it has to be said, is a bit short on stunts, adding to a feeling held by many that it’s primarily gratuitous, and it also comes at a time when in the wider cycling world, women are pushing for equality, with the first edition of La Course by Le Tour de France taking place in Paris last weekend.

Plenty of MacAskill’s Facebook followers did like the video – more than 11,000 likes and 3,000 shares on the social network attests to that – and while there were many comments in favour of the video (by no means all of them printable), not everyone was enthusiastic.

One Facebook user, Stewart Lewis, said: “He can ride a bike for sure. But, still the Playboy mansion, bunny girls, old Hefner there's something proper strange about that whole thing, a bit Saviley. Red Bull, Extreme, extreme weird.”

Nick Hussey, founder of the clothing brand Vulpine – which sponsors the Matrix Fitness –Vulpine women’s cycling team – tweeted a picture of a Facebook post giving his reaction to the video, describing MacAskill as “… a role model… He has a responsibility. He’s in the public eye, chooses to be, and needs to think about his actions.”

If you’d actually like to see a video of MacAskill doing what he does best, we’d recommend watching this one produced for the BBC as part of its Commonwealth Games coverage which includes some stunning shots of the rider performing tricks on the Finnieston Crane which towers over the River Clyde.

Meanwhile, we’re with our friends over at Singletrack Magazine on this one, who we think sum it up quite well.

We won’t be featuring the latest video from @danny_macaskill on our site because, well, it’s 2014 and not the 1980s