24-year-old Peter Sagan sealed his third green points jersey in a row in the Tour de France yesterday, confirming his status as one of the most ferociously talented all-round cyclists in the sport. He can win on a variety of terrain, can mix with the dedicated sprinters, climb well and shine on the cobbles. He can pull a decent wheelie too.

“I'm very happy to be once again on the podium of the Tour de France, for the third time in a row,” said Peter Sagan. “I haven't won a stage but I'm satisfied with the green jersey. Every year is different. I'm happy with the form I had during this Tour. When I win, people say that I easily win but it's not true. This Tour has reminded everyone that I don't easily win bike races.” 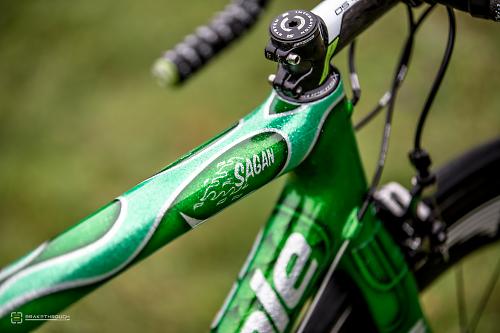 Sagan has been riding a custom Cannondale SuperSix Evo through the Tour de France, but as seems customary these days, Cannondale produced another special bike for Sagan to ride on the final stage of the race as it rolled into Paris. 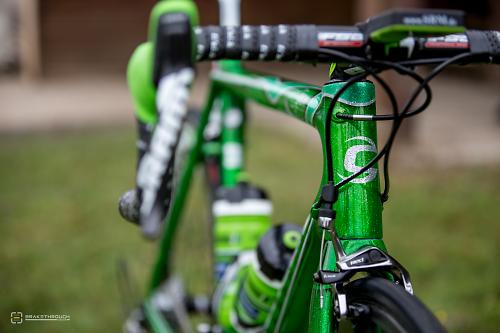 “To celebrate Peter’s incredible result, the idea was to create a bike that was both a little bit precious and a little bit of extrovert,” says Cannondale. “The result is what’s best described as a green machine hot rod; metal flake, flames, lightning bolts, sparkle and shine.  Something you wouldn’t see in the peloton everyday, good old fashioned speed and style!” 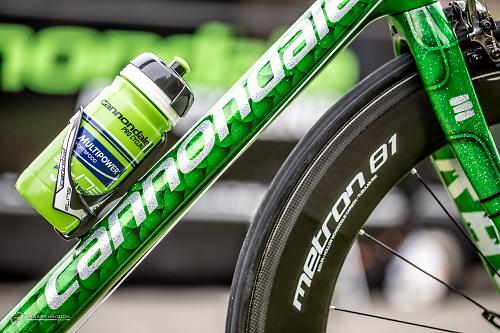 It’s a flamboyant paint job, as befits such a flamboyant rider. It’s green, naturally, to match his green jersey, with a glittery metal flake finish that sparkles in the sunlight. Flames whip around the top tube and Sagan’s surname is printed near the head tube, with a trail of flames in its wake. 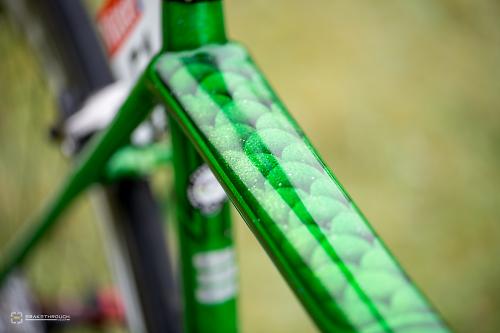 The down tube and top tube are adorned with what appear to be scales, and there are lightning bolts on the fork and seat tube.Three silver rectangles on the fork leg and seat tube presumably denote his three victories in the green jersey classification. 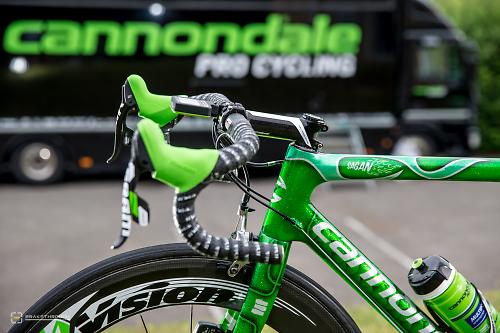 SRAM have supplied green hoods for his Red groupset, which disappointingly don’t really match the frame that well. 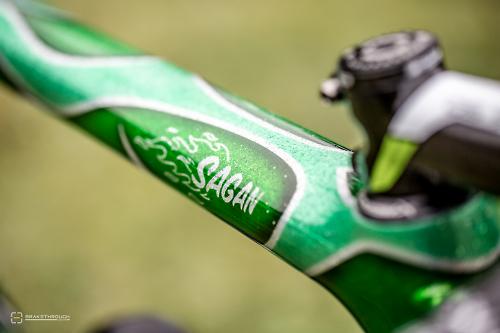 Aside from the custom paint job, the bike is the same as the one he regularly rides. It’s a custom frame of course, a marriage between a 58 and 54cm frame, so it’s long and low. You can’t buy this size frame, Cannondale don’t offer it. 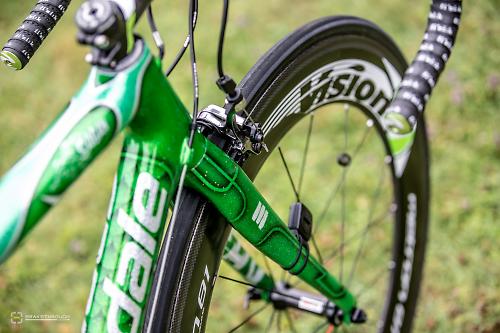 For the flat final stage Sagan has switched to the very deep Vision Metron 81 tubular wheels, with Kenda tubular tyres. He uses the same FSA OS-99 stem with an alloy handlebar and carbon seatpost. A reflective Fizik Aliante saddle and green Speedplay pedals complete the build. 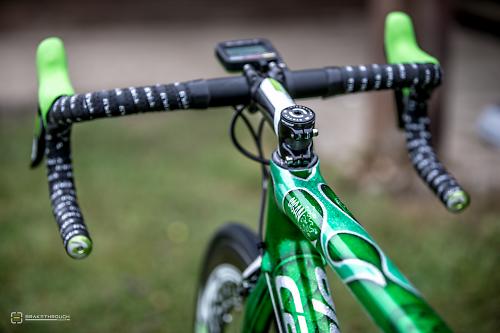