Canyon are launching a new version of their Aeroad aero road bike, and here it is.

We’ve known for some time that a new Aeroad is on the way, not least because Team Katusha stuck a shot on their Facebook page a couple of weeks ago, and Yurii Trofimov used it during the Dauphiné. 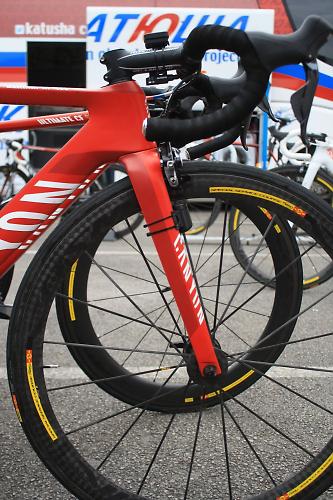 Now we’ve been snooping around the team hotels ahead of the Tour de France’s Grand Départ in Yorkshire this weekend – we’ll call it the Tour t’France, for short – and spotted several of the new Aeroads being prepared by the Katusha mechanics, including Yurii Trofimov’s ride.

So, what has changed? Well, for a start, the name. This is the Canyon Aeroad CF SLX R28. 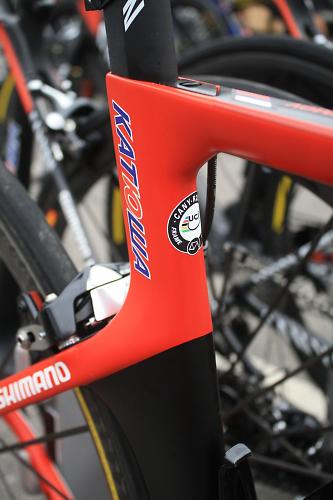 The most noticeable difference you can see is that Canyon have filled in the gap between the seat tube and the leading edge of the rear wheel – in time trial style – to smooth the airflow over the rear of the frame. 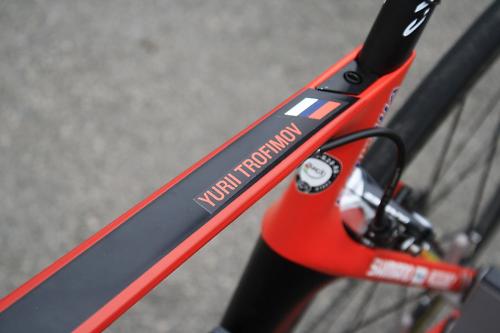 The seatpost is now much deeper than before front to rear and Canyon have changed the seatpost clamping arrangement too. They used used to use a plate behind the seat tube but now they’re using a wedge design that’s tightened via a bolt that sits flush with the top tube, just in front of the seatpost. It looks similar to designs used by many other manufacturers.

Up front, the head tube looks to be less of an hourglass shape than previously. It really slimmed down in the central section but that looks to have changed now. 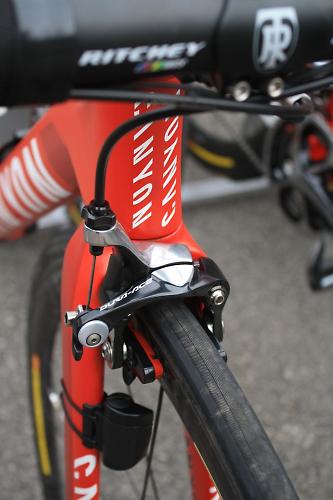 The fork is different too. The new fork is the Aeroblade SLX F30, as opposed to the Canyon Aeroblade SL on the existing model. The fork legs look deeper. 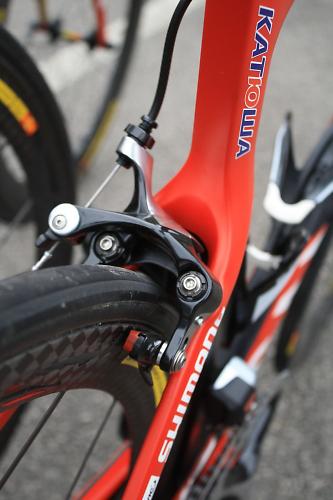 Canyon have shifted to direct mount brakes for the new incarnation, where each arm is bolted directly to the frame or fork rather than via a central mount. 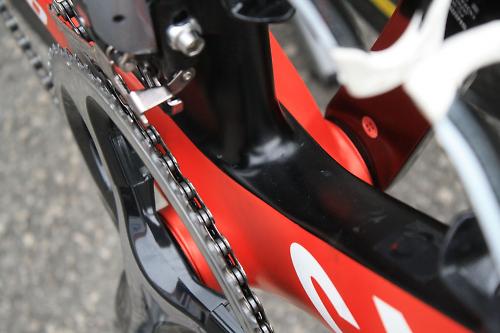 The UCI have approved the Aeroad CF SLX R28 in sizes 2XS-2XL, which is the same as the current Aeroad’s size range. 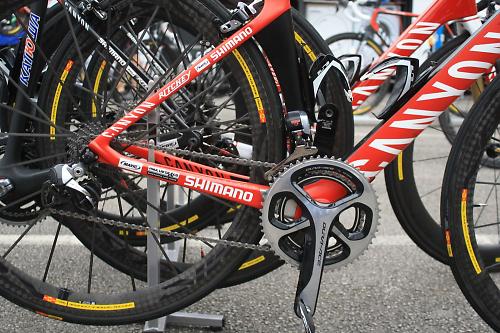 Our man Dave is heading to the launch tomorrow so we’ll have more information then.