We get our hands on Canyon’s replica Movistar bike, the same as Nairo Quintana's Giro-winning bike
by David Arthur @davearthur

Canyon might not have the aura of romanticism or heritage of some bicycle brands, but with their direct-sale business model passing on big savings to consumers backed up with state-of-the-art bicycle design, they’re certainly making waves. And nowhere did they make a bigger wave than when Nairo Quintana rode his Ultimate CF SLX to overall victory in this year’s Giro d’Italia. The German company sponsor two professional cycling teams this year, adding Spanish outfit Movistar to an existing partnership with Katusha. To celebrate their deal with Movistar, Canyon turned out this exact replica of the Ultimate CF SLX the team are riding.

From the agreeable paint finish down to the top-tier Campagnolo Super Record EPS groupset and team edition Lizard Skin bar tape, you wouldn’t look out of place if you found yourself riding alongside a Movistar rider. Well you might, but you know what we mean! 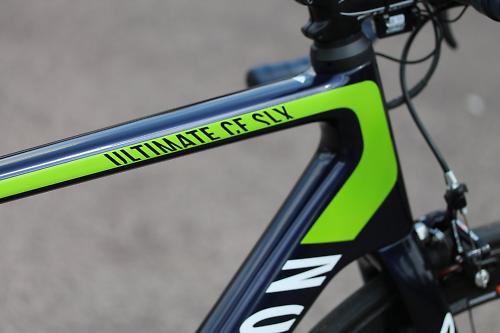 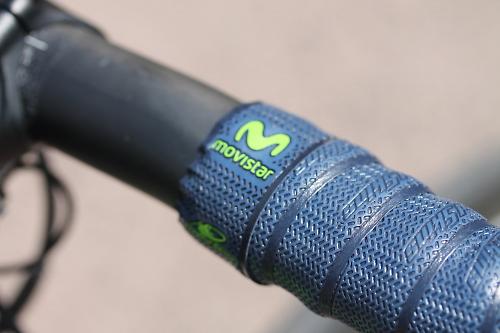 You might not normally expect much change from £10K for a team replica bike, but this one is £6,869.60. Clearly that's a whopping pile of cash (you could buy a car for that etc), but the thing is it's not as expensive as similarly specced bikes we’ve seen through the office of late.

And if you are still choking at the price, then how about the Ultimate CF SLX 7.0 for £2,799? Aside from the paint, it’s the same frame just built up with Shimano's second tier Ultegra groupset and Mavic Ksyrium SLR wheels. 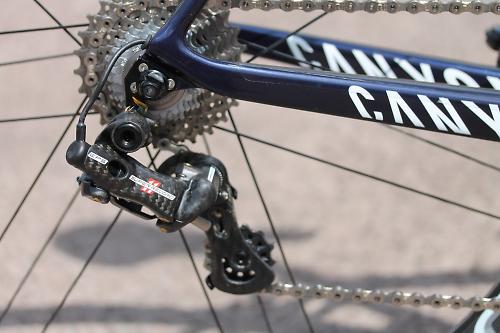 On the scales this replica is light, as you would imagine, at a mere 6.15kg (13.55lb). Clearly that’s well under the UCI’s 6.8kg minimum weight limit, even with the the 50mm tubular wheels. Swap to some lighter Bora wheels and the weight will be even closer to 6kg (13.22lb). 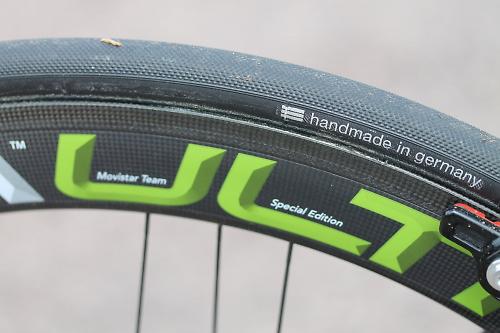 So the team mechanics need to weigh the bikes down. Some additional weight will be found with the fitting of an SRM Powermeter crankset for a start, which adds in the region of 400g. The carbon handlebar could be swapped for an aluminium bar to add a few more grams. But the rest of the weight difference, we would imagine, is made up by adding weights, most likely inside the seatpost, just enough to bring the bike up to the 6.8kg limit. 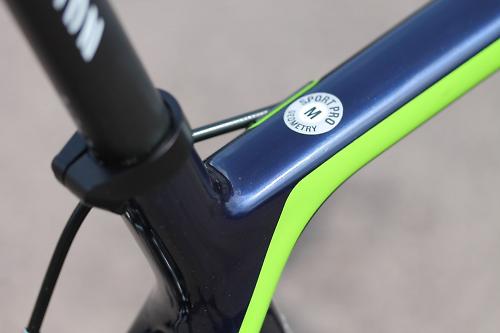 What this shows is just how easy, given this sort of budget, it is to beat the UCI weight limit these days. And it's all with readily available, admittedly expensive, off-the-shelf components. Nothing fancy and certainly no custom one-off components such as those more commonly seen 10 or 20 years ago. Yes, it really is easy to buy a bike that is lighter than the pros race, as long as you have enough cash.

The Ultimate CF SLX has been in the range for a few years, but for 2014 it was given a major update. The main aim has been to reduce the weight, which they have done: a size large frame weighs a claimed 790g. Add in the fork and headset and the frameset weight is 1,190g - that’s lighter than some frames on their own. 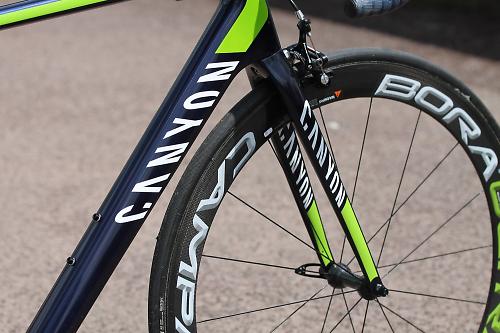 Chasing weight is a key aim for designers of top-end carbon race bikes, especially ones that are going to be ridden to Grand Tour success, and to achieve the weight saving they changed the shape of all the main tubes. A flatter top tube reduces the surface area so less material is needed, the updated seat tube bulges at the bottom bracket towards the non-driveside bottom bracket bearing, but it's slimmer on the driveside. Combine slimmer fork legs (which also aim to increase comfort) and carbon fibre dropouts, and you have a lighter frame. 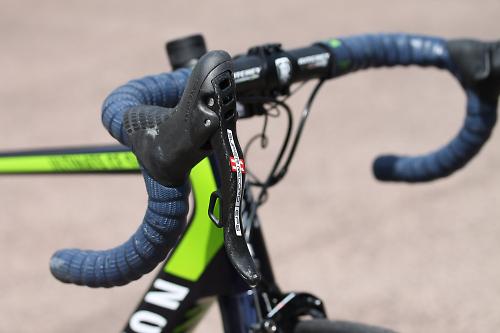 Cables and wires are increasingly being hidden away inside the frame tubes, and so it is with the latest Ultimate. The frame is fully compatible with Shimano and Campagnolo mechanical and electronic groupsets. The Campagnolo EPS groupset on this Movistar bike features the new internal battery tucked away inside the seat tube, and there are very few exposed wires. It’s much neater than first generation EPS with the bulky battery mounted on the down tube. 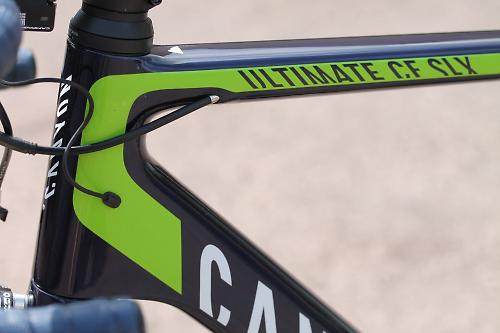 The tapered head tube houses a wider 1 1/4in top bearing instead of the more common 1 1/8in, so you have to use Canyon’s stem or source a suitable aftermarket one, such as the FSA K-Force which can be fitted. Eschewing a regular headset in which the bearings are preloaded by tightening an expanding cone inside the steerer (or a star fangled nut on metal steerer tubes), Canyon use the Acros Ai-70 headset. A collar below the stem preloads the bearings with a small Torx bolt, the idea being to avoid damaging the steerer tube. It also means you can more easily swap or remove the stem without affecting the preload of the headset. Plus it leaves a hole in the top of the stem which you can peer down through! We've got a this bike for a short while so we're going to take it for a few rides and see what the performance of a Grand Tour replica race bike is like.