Back to news
news
Leisure
Miscellaneous This week's slice of cycling life features a legit tribute to Road Bike Party, why Wiggo’s off the Tour roster and the Boris Bike TdF.....
by Sarah Barth

Join us to mull over this week's slice of cycling life as we catch up on all the events of the week, from taking on the TdF on a pig-iron Boris Bike, to a row over bumper stickers, a gunpoint cyclejacking and more...

Froome says Wiggo issues are all in the past 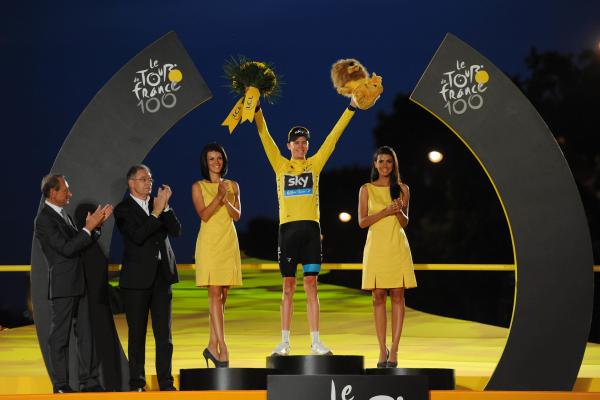 On Sunday  we were treated to the revelation that Chris Froome and Sir Bradley Wiggins have left their tensions in the past – just a week after extracts of his autobiography published in The Sunday Times revealed the extent of his frustration at having to play a supporting role to his Sky team mate during the 2012 Tour de France.

Froome, who was in Yorkshire to undertake a reconnaissance of the opening two stages of next month’s Tour de France where he will defend the title he won last year when he succeeded Wiggins as overall champion, also told BBC Sport that he had not seen the other rider since January.

Asked if British fans could expect to see 2012 Tour de France winner Wiggins take to the start of the this year’s race in Leeds on 5 July, Froome was non-commital.

He said: “I think you’re talking about Plan Bs. Obviously that’s a decision the team needs to come to but I think the way Bradley is talking, he’s been talking about playing a support role, certainly not a Plan B as such.”

Instead, it’s another Sky team mate that Froome appears to believe can fulfil that role, and one to whom he is much closer than Wiggins: “I think Richie Porte has really stepped up,” he said.

“His condition is pretty good at the moment and he can certainly he’s got the potential to be riding for the Tour de France podium.


Boris bikes take on Stage one of 2014 TdF and win. Eventually. On Monday we were impressed by the antics of three men in their thirties  who took on Stage 1 of the Tour de France in Yorkshire to raise money for charity —riding Boris Bikes. Their verdict? It’s tough, but not impossible.

With the bikes well over twice the weight of the ones that will be ridden by the peloton on the stage from Leeds to Harrogate on 5 July, it was a tough challenge for the three riders, Dave Barker, Dave Parkes and Andy Sloan, supported by their friends Lewis Baguley and Pog Pattison.

On the Boris v Le Tour website, the team admitted: “It turns out that endless 17% gradients combined with 204km of riding (not the advertised 190km!) while on a 50lb bike with three gears is rather tough — though as it turns out not impossible."


TfL refuses to order removal of 'Cyclists stay back!" stickers 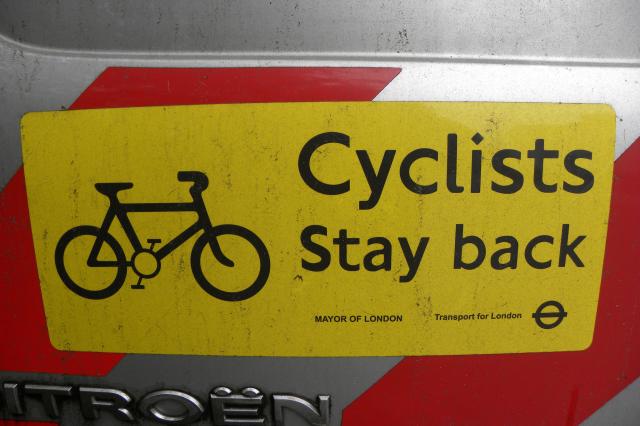 On Tuesday, in what was described as “a new low,” Transport for London (TfL) rejected calls from road safety organisations and cycle campaign groups to ask vehicle operators in the capital to remove “Cyclists stay back” stickers from their vehicles, claiming it is too difficult.

In February, a joint statement from the Road Danger Reduction Forum (RDRF), CTC, London Cycling Campaign, RoadPeace and the Association of Bikeability Schemes called for the stickers, which have appeared on HGVs, vans, taxis and buses, to be removed by the end of March from all vehicles other than lorries, as originally intended.

Among other things, they said that the wording of the stickers gave the impression that cyclists are second class road users, and that the wording should be a warning rather than a command, similar to the wording that coach operator National Express recently said it would use, which advises, “Caution: blind spots, please take care.”

Last week a spokeswoman for TfL said that it would require a “substantial amount of time and money to remove the existing stickers from circulation, effort that would otherwise be devoted to improving the safety of vulnerable road users.”

Gunman steals cyclist's bike… but not his helmetcam 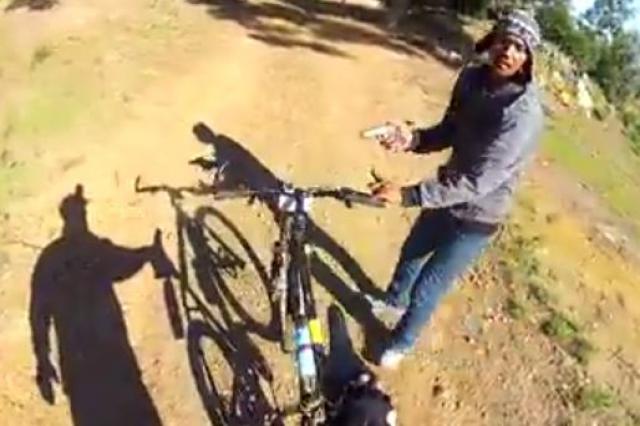 Shocking news on Wednesday when we heard that a cyclist in South Africa had been robbed of his bike at gunpoint - and filmed the incident on his helmet camera, posting the dramatic footage to YouTube.

The theft took place in Somerset West in Western Cape Province and the film was uploaded to YouTube by the rider under the user name Lucky Jakkals.

In the description to the video, he says: "MTB ride on Saturday 31st May 2014 from Ongegund, last few km's before end of session. Armed gunman and 2 others stopped myself and took cellphone, car keys, oakleys and bike."

The man toting the gun looks straight at the camera at one point, but Lucky Jakkals adds: "Fortunately they did not have a clue what a GOPRO was and this is the evidence that will assist in their prosecution!" Thursday brought screeches of delight in the road.cc offices when we discovered this amazing video from Italian Vittorio Brumotti - in homage to Martyn Ashton’s Road Bike Party.

Not content with jumping on, off and around stationary objects that present only the danger of a crash-landing, Brumotti took himself to a working quarry and went leaping about on massive dirt-moving equipment while it was still moving:

“Martyn was one of my inspirations and I was a huge fan of everything he did on Road Bike Party,” said Brumotti.

“My new film is my dedication to Martyn’s work.”

No Tour de France for "gutted" Sir Bradley "as it stands" On Friday we learned that Sir Bradley Wiggins is "gutted" at the prospect of missing this year's Tour de France. Wiggins, who in 2012 became the first Briton to win cycling's biggest race, told BBC Breakfast that "as things stand" he will not be at the start in Leeds - a situation that will change only if illness or injury prevents defending champion Chris Froome from racing.

“The team is focused around Chris Froome, the defending champion, who’s got a great chance of winning his second Tour, and it’s been decided that as things stand they’re going to base the team around him.

“So unfortunately I won’t be there but there will be plenty to cheer about – Mark Cavendish has got a great chance of taking the yellow jersey on day one, and it’s going to be a huge celebration.

"A lot of it is you have the leader, then eight guys supporting that leader,” Wiggins said. “A lot of times the guys who support the leader are almost good enough to win in their own right, as we saw a couple of years ago with myself and Chris.

“Chris has gone on to win the Tour and as defending champion has a say in who he has around him and he’s had guys who go to all his training camps and build-up races throughout the year, his group of riders.

“I’ve been following a different path, I went to Paris-Roubaix earlier in the year and tried to attempt something different there, I went to the Tour of California a month ago and won there.

“So we’ve been on different paths and as it gets closer to the Tour, Dave Brailsford, the manager, decides who’s best fitted to do that job.

“Myself and Chris haven’t raced all year together," he added. 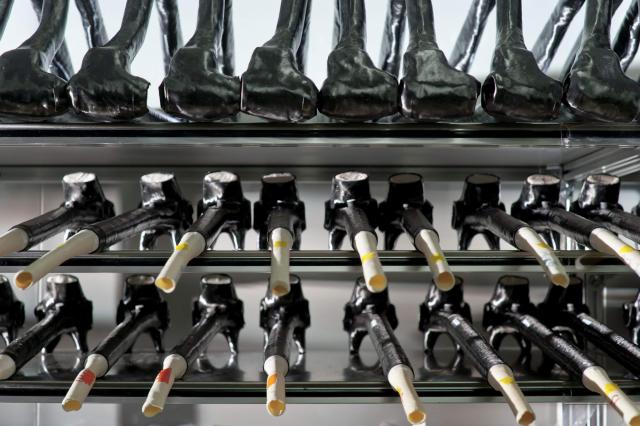 Rounding up the week on Saturday was the news that thieves had stolen 200 top end bikes, including some that have not yet been released to the market, from the headquarters of Scott in Switzerland.

Last weekend, the burglars broke into the warehouse in Givisiez, eluding both a burglar alarm and security, where they took an enormous shipment of 2014 road and moutain bikes, as well as some new 2015 models, not yet on the market.

To transport the bikes, they also took a truck from another company based nearby.