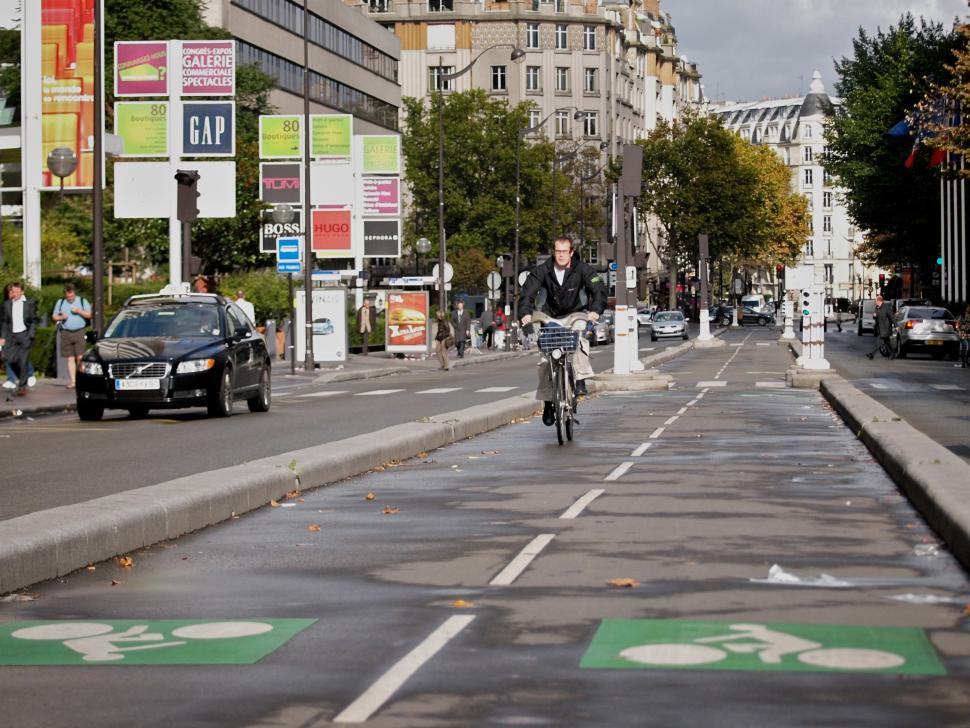 The French government has formally launched a pilot scheme under which people will be paid to ride a bike to work, and if successful the trial will be expanded in the new year.

The initiative, first announced in March as part of a package of measures aimed at encouraging more people to walk or cycle to work, will see those who choose two wheels paid 25 centimes per kilometre travelled.

Initially 19 companies and organisations that together have 10,000 employees will be involved in the trial, which will be evaluated at the end of the year and if deemed successful could be expanded in 2015.

The criteria that will determine whether the experiment is eventually rolled out on a larger scale will be based on feedback from employers and workers in four areas:

Launching the trial yesterday, Frédéric Cuvillier, junior minister for transport and the maritime economy at the Ministry of Ecology, Sustainable Development, and Energy, said: "I’m working for the development of all kinds of mobility.

“People are compensated for using public transport or cars to commute from home to work. This large-scale test will enable us to assess whether this approach can also be extended to bikes.

“I hope the bicycle becomes a way of undertaking a whole commute. We’re encouraging an incentivised and ecological dynamic for this soft mode of transport.”

France is the latest European country to encourage people to switch to bicycles for commuting through providing a financial incentive to so.

Examples elsewhere include the UK’s Cycle to Work Scheme, which provides a tax-free loan repayable through salary sacrifice to purchase a bike.

In Belgium, meanwhile, employers are permitted (but not obliged) to give their staff a tax-free allowance of 22 centimes for every kilometre they commute to and from their place of work.

In an ongoing trial in Sweden, riders have been loaned bikes for free to see if the barrier to commuting by bike is simply that people have never tried it.