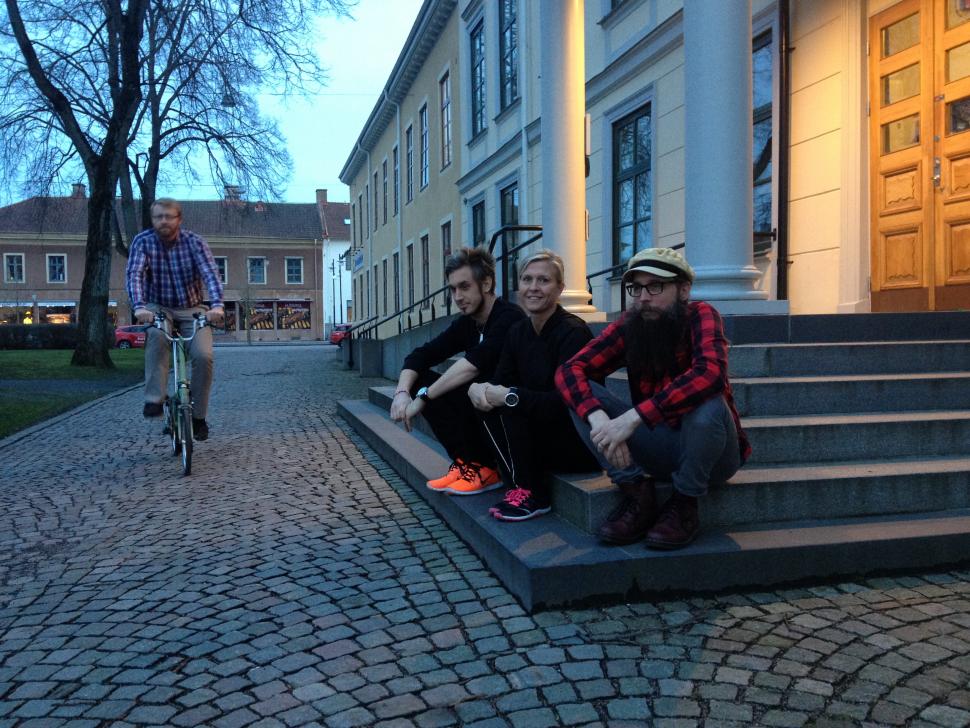 Project aims to find out if people don't ride because they simply haven't tried it...
by John Stevenson

Why don’t people cycle for basic local trips? Conventional wisdom is that people are deterred by the idea of sharing the road with fast motor traffic. But in Sweden they’re testing a different theory, giving people free bikes in return for them promising to drive less, to see if the problem is that people simply haven’t tried getting around by bike.

According to Fast Company, commuters in the city of Gothenburg have been given free bikes for six months in return for a pledge to ride instead of driving at least three times per week.

Rickard Waern, a project manager for the Energy Agency of West Sweden, told Fast Company’s Adele Peters: “We think biking has the potential to fulfill most transport needs for most groups. This is especially true in light of all of the new types of bikes that have appeared on the market in recent years.”

The agency has chosen 36 ‘test cyclists’, including commuters, students and parents of young children. The idea is that the 36 will be good examples who will help encourage other non-cyclists to have a go.

“Showing good examples is a powerful way to reach out,” Waern said. “Through the project, we’re trying to create those good examples — people from many different groups in the population, with a large variety of transportation needs, who all can solve their daily transports with bikes.”

Waern acknowledges that in car-centric Sweden switching to the bike isn’t necessarily trivial.

“In some cases, it can be challenging to use a bike to, for example, do your shopping, or take your children to preschool and then get to your workplace in the morning,” he said. “And while this is absolutely true in some cases, the fact of the matter is that this can be more a mental barrier than an actual one. Most people can, with the right bike and a bit of planning, manage to do all these things and more."

The trial will last six months, the minimum that the agency believes will yield useful information and examples, and then the test cyclists will have the chance to buy their bikes at a discount.

So how are they getting on? You can read their accounts at testcyklisterna.se (in Swedish, but Google Translate gets the gist) and aside from the odd complaint about occassonally having to share the road with large trucks, they’re all pretty positive. Participants have been using cargo bikes and Brompton folders, among others, and enjoying taking the kids to school by bike, riding into the woods on geocaching expeditions and sailing past queues of cars waiting for the ferry.