It’s official, SRAM is developing an electronic groupset and it was spotted on a Bissell Development Team bike at the Tour of California + video
by David Arthur @davearthur

There has been much speculation in the past six months that SRAM have been busy developing an electronic groupset, and judging by the groupset on a Bissell Development Team bike at the Tour of California featured in this video by GCN, it appears the company is getting closer to launch.

Compared to the photos that appeared from the US cyclo-cross race last December, this groupset does appear to be nearly finished, some parts polished and even featuring the SRAM logo. That SRAM are putting the groupset on several Bissell team bikes suggests they’re keen to get some race testing, which can be invaluable when it comes to developing new products and getting some quality feedback. 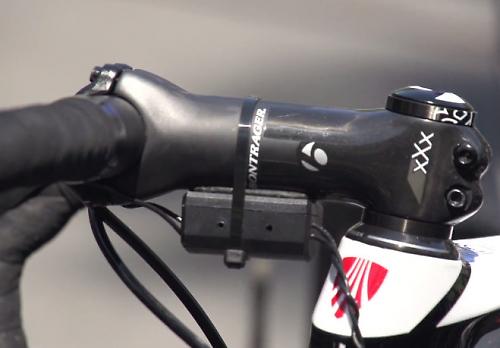 It’s clear they’re still making final development tweaks though, some bikes featuring control units crudely taped to the stem, others simply zip tied. That aside it looks good to go we'd say. We can't imagine any company would put products on bikes at a race as high profile as the Tour of California if they weren't happy they were up to the task, and also happy to get the publicity they would obviously garner. 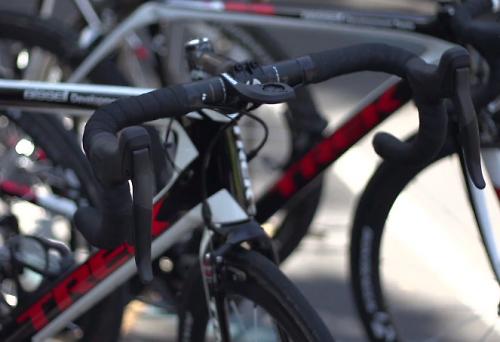 We can’t tell much from this video obviously. Some have speculated that SRAM are developing a wireless groupset, but the wires clearly attached to the derailleurs and control box and disappearing into the frame would clearly suggest this isn’t a route they’re going down. Also invisible is the battery, we imagine SRAM have fitted it internally, inside the seatpost seeming the most obvious location. Another possible explanation could be smaller batteries incorporated into each derailleur. But we could be wrong. 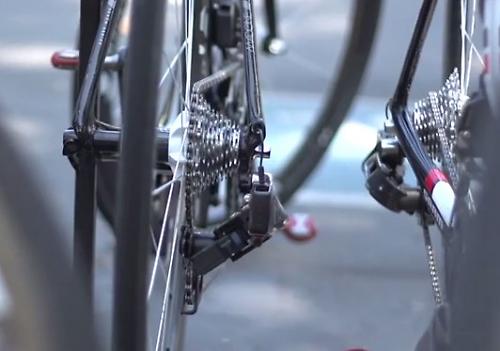 The big question this groupset raises is just how the shifting works. Unlike Shimano and Campagnolo which have separate levers for up and down shifts, the SRAM DoubleTap system uniquely uses one lever. Push it a little bit to get an upshift, push it further to get a downshift. How they’ve translated DoubleTap to an electronic system will be interesting to see, it isn't clear to see from this video. The brake levers do look very similar to SRAM's regular mechanical levers however, with only one shift paddle visible. 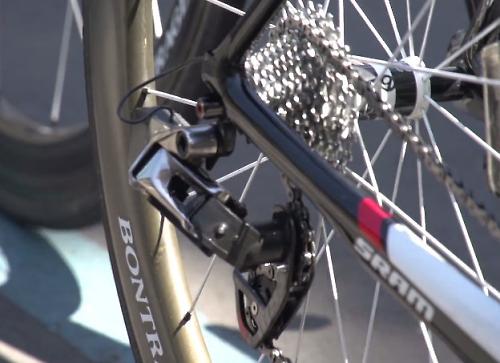 When can we expect to see the groupset actually released? Based on product and bike launches from other companies that have used races for final testing, it probably isn't that far off. We'd guess at a launch at Eurobike this September, making it a 2015 groupset. 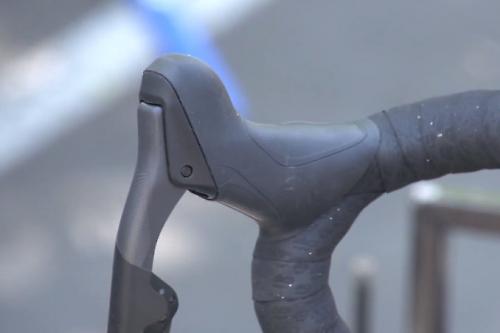 We asked SRAM to comment on this groupset, and they simply told us: "New and innovative product development is a constant at SRAM. While we fully respect and appreciate the excitement surrounding new cycling componentry, this project is in the development and testing phase, and there is no timeline regarding its potential release. At this time SRAM will continue to reserve comment."