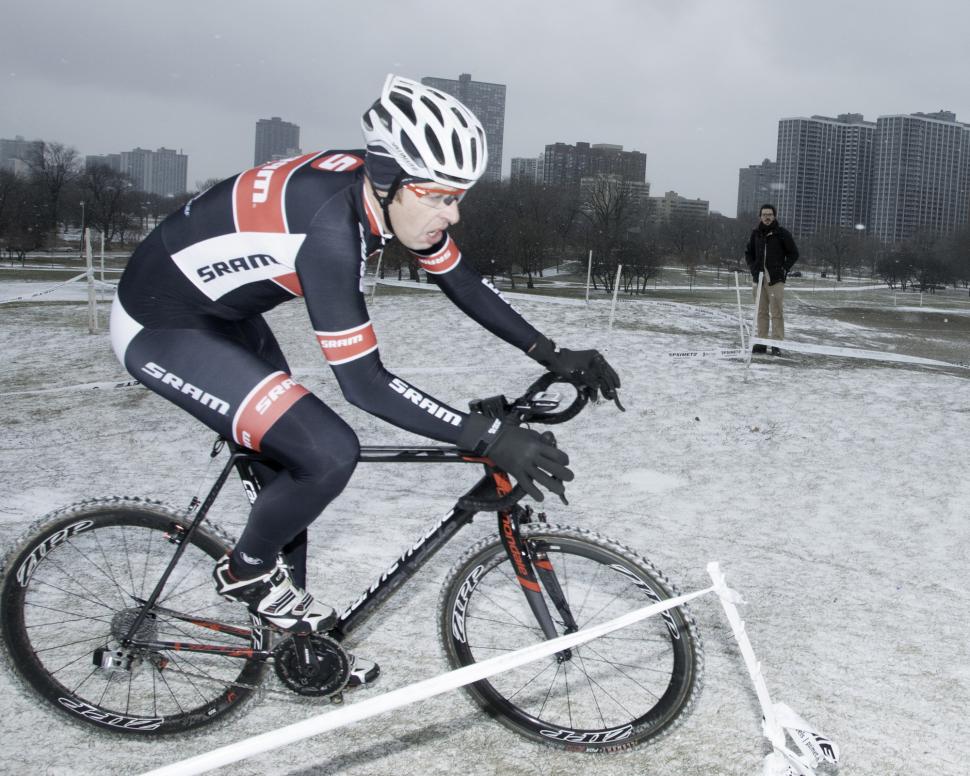 Is SRAM developing an electronic groupset?

An electronic SRAM groupset spotted by US site Bikerumour at a cyclocross race last weekend fuels speculation that the component manufacturer is set to join its rivals Shimano and Campagnolo in launching an electronic groupset.

There has been an expectation that SRAM will add an electronic groupset to its range for a couple of years. Since Shimano first launched Di2 it has gone on to be hugely popular, and is now available at Ultegra level. Campagnolo followed suit a couple of years later with its own electronic groupset, EPS. There was a rumour that SRAM might forgo electronic and skip straight to a hydraulic shifting system, since it has developed a hydraulic braking system, but this photo suggests otherwise.

It’s hard to determine too much detail from the photograph, but looking closely it’s easy to detect the rear derailleur is significantly different to a regular SRAM mech, with a bulky attachment at the rear that suggests it is housing a motor. There is a telltale wire leaving the mech instead of a cable too. What is clear is that it is in the early prototype stage, looking a bit rough around the edges.

There is what appears to be a battery, or possibly a control unit, attached to the stem. The brake levers appear to be the regular 10-speed units, and on this bike are operating cantilever brakes. With the rider obscuring the majority of the bike, especially in the bottom bracket area, it’s difficult to ascertain whether there is a battery mounted to the down tube or chainstay area, as is common with both Di2 and EPS.

It'll be interesting to see whether SRAM evolves its DoubleTap shift system for an electronic groupset.

SRAM is remaining tight lipped about details, but the company has a habit of field testing its new products with cyclo-cross riders. We first saw its new hydraulic disc brakes on a cyclo-cross racer's bike a couple of years ago. We’d hazard a guess at the new groupset being a possible 2015 product with a likely launch next September at Eurobike... but we could easily be wrong.

Thanks to Von R Buzard for the photo.