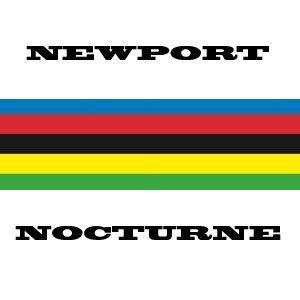 Nocturne now needs to raise £23,000 and a full complement of women riders to run in August
by Sarah Barth

The Newport Nocturne will return this year on August 30, eight days before the start of the Tour of Britain - but due to haggling over dates with British Cycling there are just four months left to raise the £23,000 needed to hold the town centre crit.

Nick Jeggo, who organises the race with his father Mick, told the Shropshire Star: “We’ve been trying to fix a date for a while but we’ve finally got the go-ahead from British Cycling.”

“They didn’t want any major events just before the Tour of Britain so we had to go for the week earlier.

“It’s now going to be a big rush and a lot of stress. We need to find the sponsors and the helpers.”

The event will feature women’s races, which were only added in 2012 and were slow to attract competitors.

Mr Jeggo said: “I think we’ll get a very high standard of riders. We’ll have Olympic medal winners involved, I’m sure of that.

“Ed Clancy is a real possibility and we really want to build on the success of the women’s race.”

But, said Mr Jeggo, the success of the women’s cycling team at the London 2012 Olympic Games, the proximity of the Giro d’Italia in Northern Ireland and the Tour de France Grand Départ in Yorkshire should boost the profile of the Newport Nocturne.

Mr Jeggo said cycling will be booming in popularity by the time the Nocturne comes around.

He’s called for the support of small businesses in Newport, saying: “People can sponsor each race or even individual laps for anything from £50 to £10,000.”