We’re used to seeing some stunning bikes from Oregon-based frame builder Rob English, and the latest disc-equipped, steel-framed build is no exception. It’s just walked off with the Best Campagnolo Equipped Bike at the recent North American Handbuilt Show (NAHBS) as well. As with all of Rob's builds, it was a custom project for a customer following their brief. That it has disc brakes is no surprise, Rob says he’s been building more road disc brakes recently, and describes himself as a convert: “Personally I am a total disc convert - I have been running them on my training bike for five years, and aside from superlight pure race bikes, I wouldn't consider building myself a bike with anything else.” 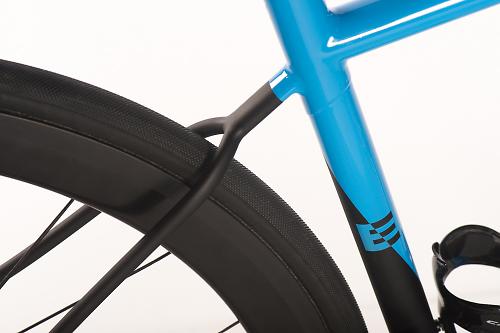 The frame has been made with a mix of True Temper S3 and OX-Platinum tubes with Columbus Life chainstays and custom seatstays and headtube. There are Rob’s signature skinny seatstays giving the bike a very distinctive silhouette. They’re asymmetric, to provide the necessary clearance for the caliper, which is mounted to the chainstay and dropout, allowing Rob to keep with the skinny seatstays. All cables are internally routed, passing into the front of the oversize head tube, the tapered steerer tube allowing space for the cables to pass through cleanly. The rear brake has a full outer cable from lever to caliper, which Rob says allows a future hydraulic upgrade option. 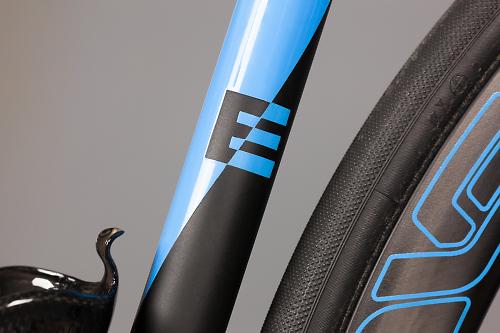 Bolted into the custom head tube is a Whiskey carbon fibre road disc fork with a bolt-thru axle - the frame has a regular quick release axle, with a 135mm rear axle spacing. 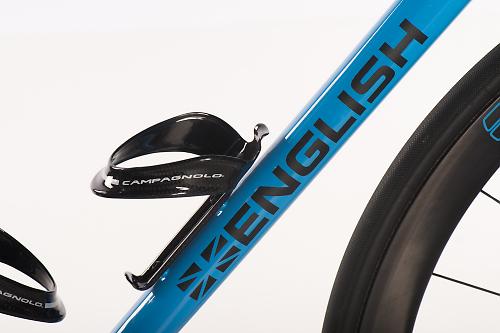 The build was also Rob’s first opportunity to integrate Campagnolo’s latest internal battery. The battery has been placed inside the seat tube and is held in place via the bottle cage bolts, but Rob has added an additional reinforced hole for the charging port. The groupset is Campagnolo’s Super Record EPS and as the Italian company doesn’t yet offer disc brakes, TRP Spyre mechanical brakes are used. Wheels are Enve SES 45mm tubular rims laced to Industry Nine Torch hubs with 24 spokes in each wheel. Finishing kit is a mix of 3T and Enve. A fine collection of parts indeed. 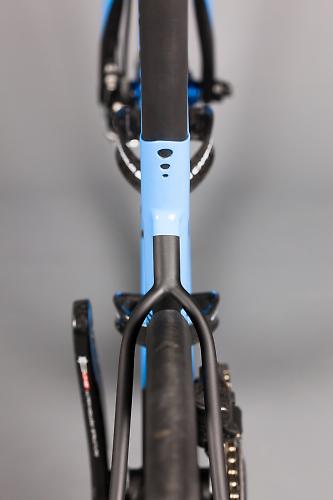 The frame and fork was painted by Colorworks in English team colors including the Enve logos on rims and seatpost. It’s a stunning build and we thank Rob for letting us share it with you, and for Tina Buescher for the photos. Other examples of Rob's work includes the Naked time trial bike and 5.8kg carbon and steel superbike. You can check out Rob's other builds at www.englishcycles.com