Remember the stunning Naked time trial bike from Oregon-based frame builder Rob English last year? Well, Rob is back with an even more striking build, this time the V3.1 built for customer Irvin and dubbed by Rob as the 'Tron' bike. 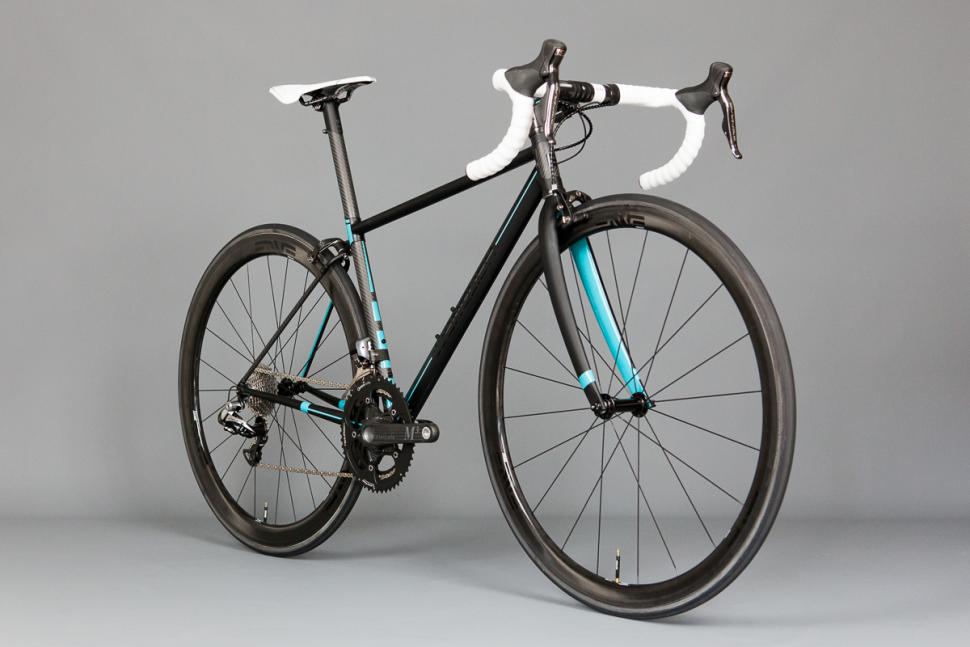 Rob has a way with frame building that saw him pick up the much coveted Best of Show award at the 2013 North American Handmade Bicycle Show (NAHBS), and that flair for creativity is expressed beautifully in this latest creation. It's a stunning bike don't you think? 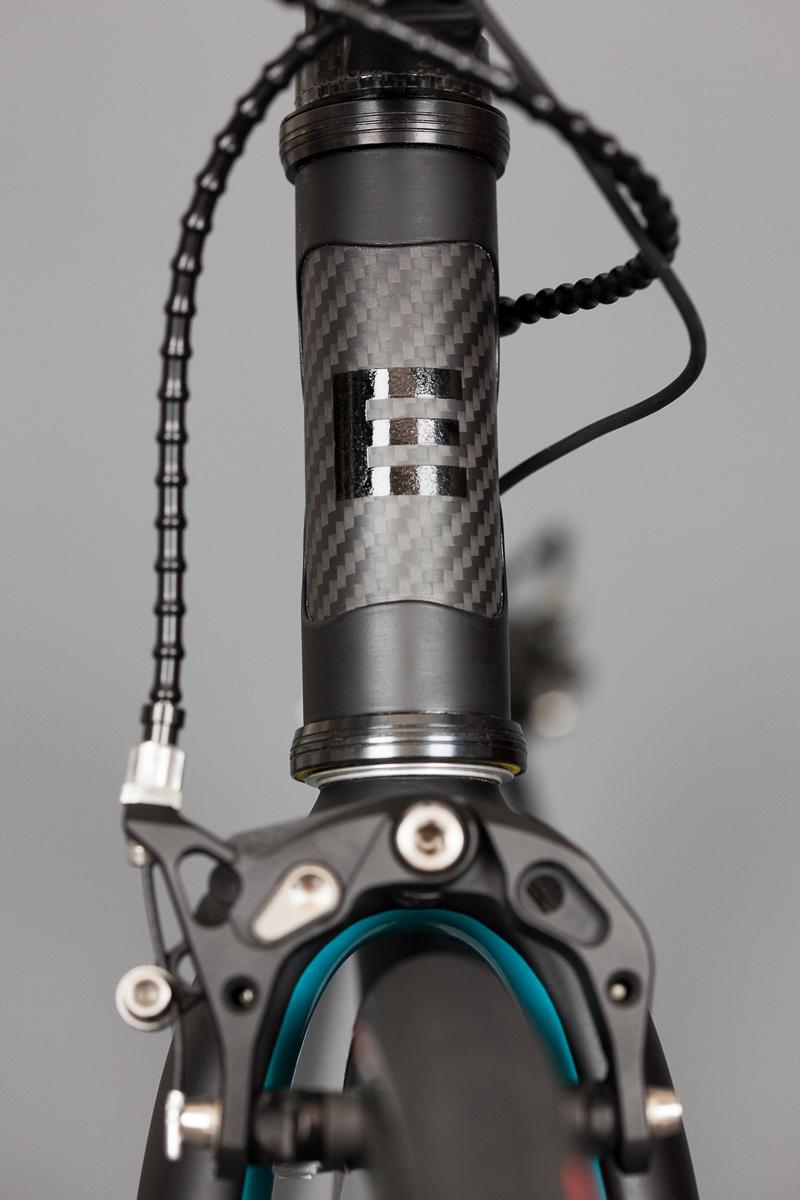 The frame is a marriage of True Temper steel tubes, including a discontinued S3 aero down tube, and carbon tubes from Enve. The use of carbon has allowed the weight of the complete bike to tip the scales at a shockingly low 5.8kg (13lb). Just the carbon seatstays alone, the first time Rob has used them, saved 40g compared to equivalent steel tubes. The skinny carbon seatstays finish in a neat steel wishbone assembly that flows into the steel top tube. 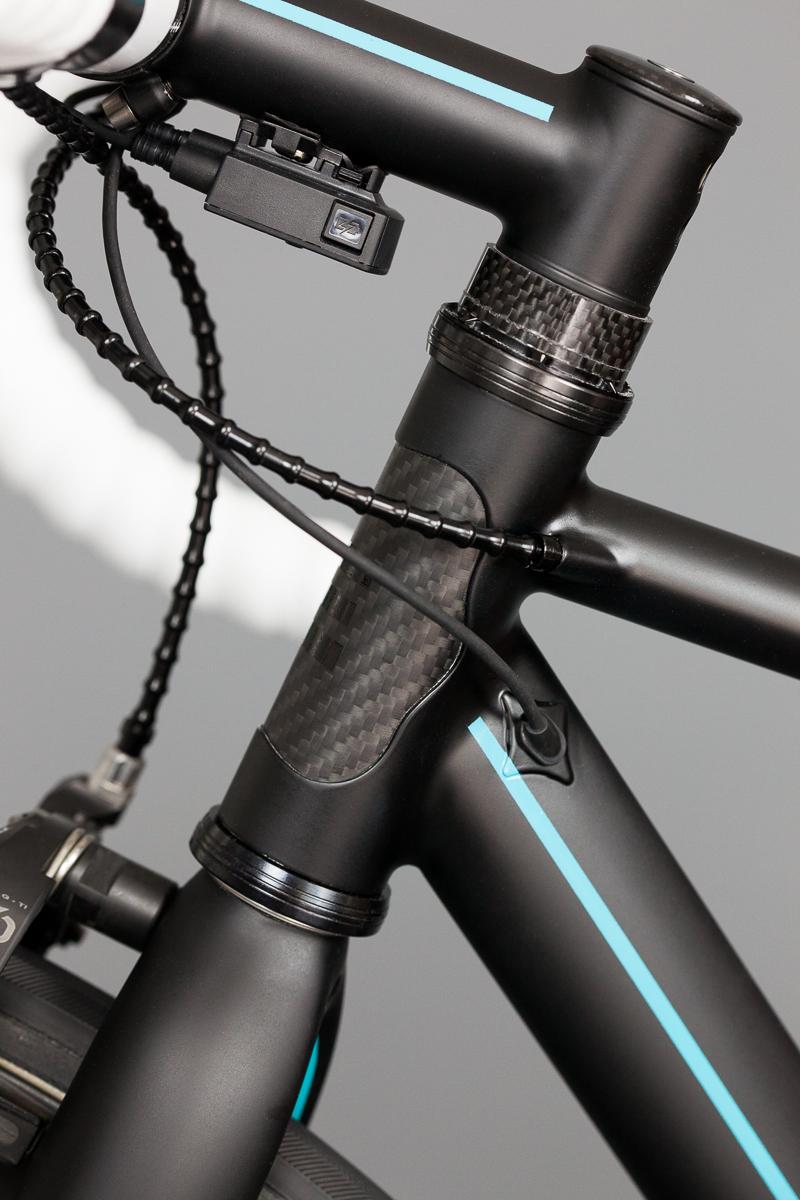 There’s some lovely details. Just look at that head tube for example. The carbon is on display at the head tube and seat tube, with the integrated seat mast capped with Rob's own custom seat clamp.  The carbon head tube, seat tube and seatstays are bonded into the steel tubes, with a small titanium pin through each joint. The fork is a 235g THM Scapula painted to match the frame, work which was carried out by Colorworks. 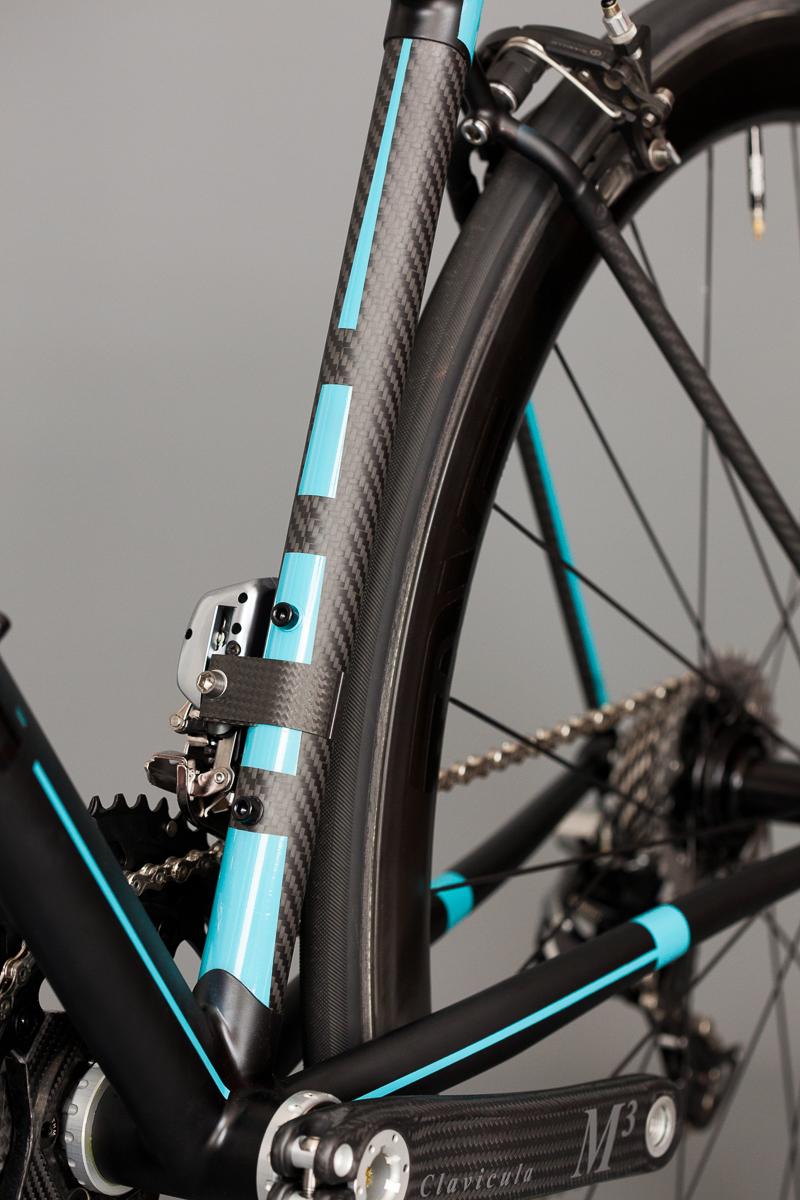 The build is nothing short of top draw either - you couldn't really deck out such a frame with nothing but the best could you now. A Shimano Dura-Ace 9070 Di2 groupset - the battery concealed inside the seat tube - is complemented by a carbon fibre THM Clavicula M3 chainset with Praxis chainrings and Zero Gravity brake calipers. The crankset, an updated version released earlier this year, a modular design that works with any chainring configuration or bottom bracket standard. The crank arms weigh just 344g and a double spider (there’s a choice of spiders for different chainring combinations) is 39g. In other words, seriously light. The build is finished with a custom English stem weighing 122g with an integrated mounting boss for the Di2 control box. Wheels are Enve SES 3.4 carbon tubulars. 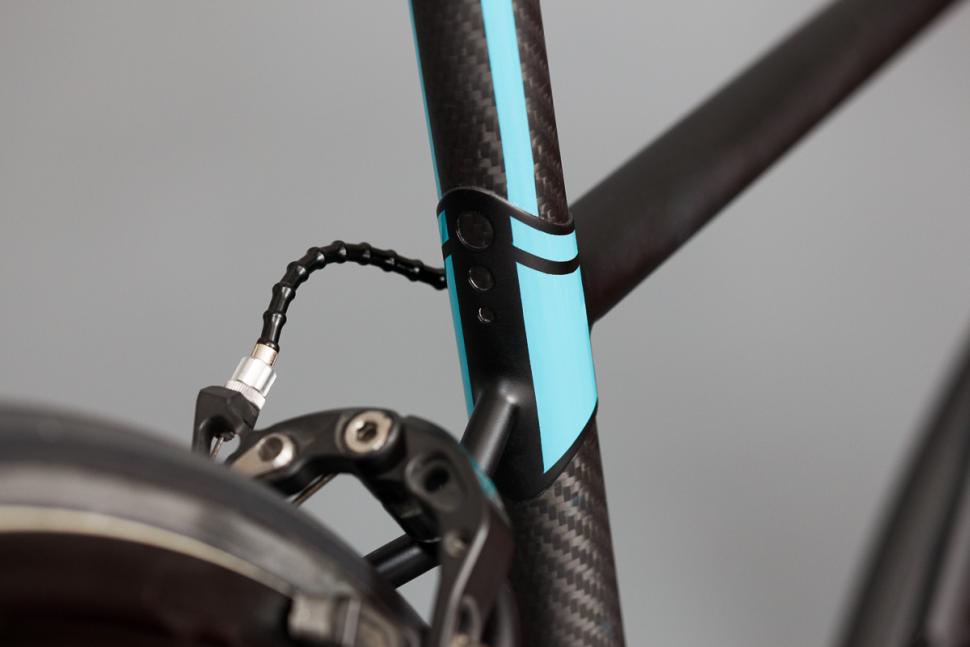 Check out www.englishcycles.com for more