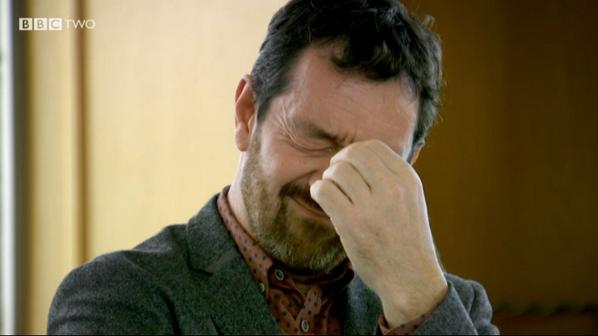 Top Gear on Cycling: Well, what did you expect?

When news emerged that this evening’s edition of the BBC’s hugely popular motoring programme, Top Gear, was due to feature a segment on cycle safety, it seemed too good to be true – and that’s exactly how it turned out, as it resorted to a to a re-hash of old jokes and pantomime prejudice against cyclists.

Aired on the eve of the launch of a major new road safety campaign by the AA aimed at fostering more awareness between people in cars and those on two wheels, Top Gear could have seized an opportunity to highlight that they are often one and the same.

Indeed, just as AA president Edmund King called in November 2012 for an end from what he described as a “Two Tribes” mentality that often sees motorists and cyclists viewed as breeds apart, Top Gear co-host James May told the My Orange Brompton blog last year, “I particularly hate road sectarianism.”

You wouldn’t have known that from last night’s show as May, on his Brompton, embarked on what was laughably described as a fact-finding bike ride through London’s West End, accompanied by Jeremy Clarkson on a hybrid.

The tour was undertaken after a panel of experts reacted with dismay to Clarkson and May’s initial efforts to produce what was billed as a “public information film” to help stop cyclists being injured.

“Anything to do with Top Gear is playing with fire, which is why people watch it,” he said. “On the flip side, it’s also a chance to reach a wider (motoring) audience and portray ourselves as ‘one of you’ rather than cycling fanatics. Just normal people with a sense of humour, who’d like to see more cycling.

“I’m not in control of the edit but knowing a bit about making telly, I could see how they could cut it to look several different ways!

“We’ll see on Sunday if the gamble has paid off.”

Clarkson’s film showed a man leaving the office after working late and driving home to his family. “John works hard,” went the voiceover, “which means he can afford to drive a car. That means he gets home to his family safely every night.”

The strapline, against the image of a bicycle laying on the road with buckled tyres, was “Work Harder. Get a car,” an old Clarkson joke and used often enough to be more or less his catchphrase when it comes to cycling.

May’s showed people from a variety of professions and trades – medicine, the law, workmen in hi-viz jackets – frolicking in a children’s playground.

The message, as a man rode past on a bicycle? “You stopped playing with children’s toys when you grew up. So why ride a bicycle? Act your age. Get a car.”

“You just haven’t got it, have you? Absolutely crazy,” said Low, his comments presumably unscripted. Meanwhile, Boardman winced.

So off trooped May and Clarkson to undertake their fact-finding mission, clad in hi-viz jackets and wearing cycle helmets and sporty eyewear, concluding that drivers were incredibly courteous, even at Hyde Park Corner, with the exception of those in charge of buses. Indeed their close encounters with a number of London buses did look genuinely terrifying - even the presence of a BBC film crew is it seems no protection.

Disingenuously, executing a right turn was highlighted by the pair as the biggest source of danger to cyclists, so instead they followed a route composed entirely of left-turns. No mention of the dangers posed by cars or lorries, no mention of improving infrastructure.

The films they returned with were as excruciating as the originals. Clarkson’s had a cyclist blown up while attempting to defuse a bomb because of his inability to distinguish between red and green.

May’s began hopefully – footage of Martin Luther King’s ‘I have a dream’ speech, giving rise to vain hopes of a share the road message. Instead, via John Lennon and Yoko Ono and Christ on the cross, we were told: “Righteousness is no guarantee of safety.”

It was head in the hands time again for the panellists.

But wait. There was a fifth film. It was better than the others, which isn’t saying much, but it’s message was that more people taking to bikes, while disconcerting for their work colleagues due to their body odour, meant less congestion on the roads – and topped off by a car being driven up a deserted Whitehall.

You might ask, why does this matter? Top Gear is at heart a light entertainment programme, and Clarkson no more than a pantomime villain, not to be taken seriously.

Except, many do. And it’s reasonable to draw a connection between the abuse cyclists suffer daily on the roads is partly due to the impact of shows such as this – abuse, moreover, that the same people do not get when they are in their car, or on foot.

Greater Manchester Cycling Campaign said: “If @BBC_TopGear have to make fun of themselves and tries to turn people against bus drivers, does this mean uk #cycling has come a long way?”

We’d hoped against hope that the show might give its fans some insight about the issues cyclists face while riding city streets, ones that cause danger and lead to people being killed or seriously injured.

Instead, we got a piece that played for and got cheap laughs, and that reinforced old prejudices, the very same ones that May said he loathed.

If you missed it judge for yourself - point making, if provocative public information film or pointless rehash of old jokes and pantomime prejudice that missed a chance to do some good? It's on the BBC iPlayer now.

Still, on the bright side – at least there was no mention of bloody road tax.