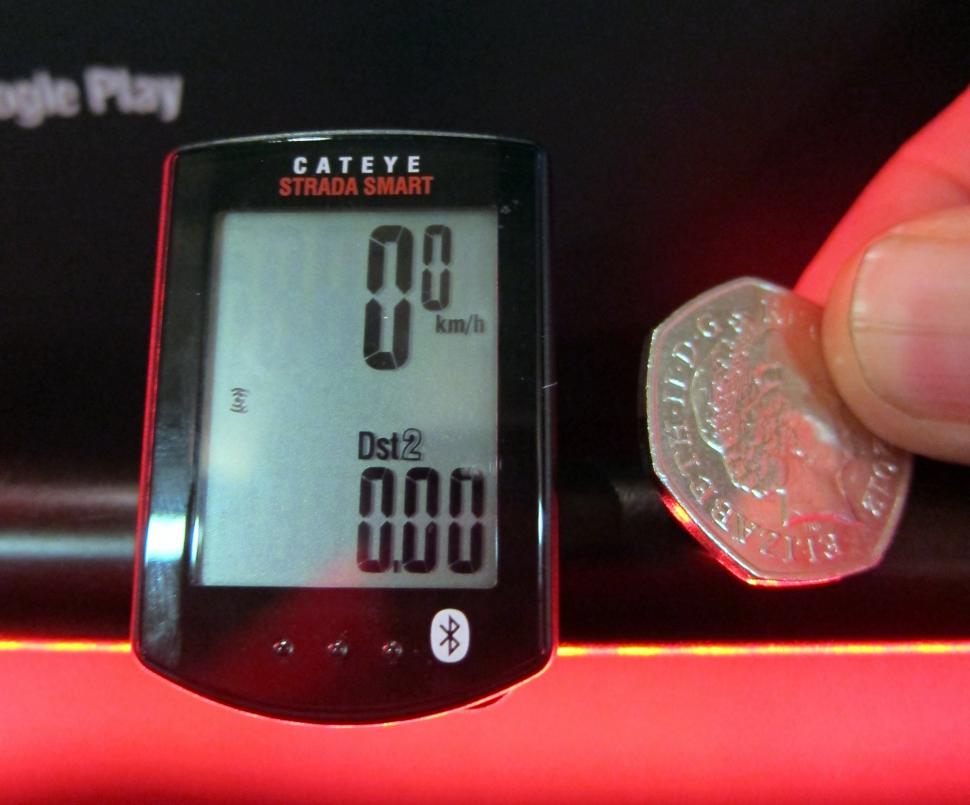 Japanese brand Cateye is launching a new Strada Smart computer that’s capable of linking up with your smartphone and displaying GPS-derived data on your handlebar. You can also use the Strada Smart without your smartphone, linking it to a speed/cadence sensor on your bike.

The Strada Smart head unit, which is priced at £69.99, uses Bluetooth Smart to communicate with your smartphone (that’s a lot of smarts!). It’s compatible with Apple iPhone from 4S onwards, and with Android 4.3 and on. So the Strada Smart itself doesn’t contain the technology needed to take GPS data directly from satellites. Rather, your phone does the clever stuff and then relays the info to the computer.

Why do it that way? Cateye’s reasoning is that you might already be taking a powerful computer – in the shape of your phone – with you when you ride, so you might as well harness its capabilities by downloading a free Cateye Cycling App and then setting up Bluetooth mirroring to the Strada Smart head unit.

Using your phone’s technology, the Strada Smart can display speed, mileage, time and altitude data in mirroring mode. The ride data is stored on your phone (rather than on the computer) for later use. The Strada Smart will show phone and messaging icons too. 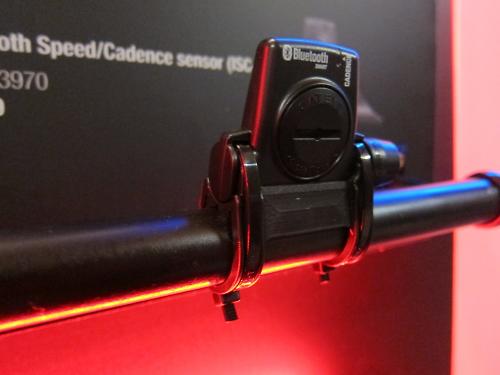 You can sync Bluetooth sensors (including Bluetooth Power Sensors; the Stages system, for example, sends data in both ANT+ and Bluetooth Smart) directly with your phone to record the data for your training rides. Cateye reckon that communication via Bluetooth Smart has a better longterm viability than ANT+. Garmin – who use ANT+ and dominate the GPS market in cycling – might have something to say about that. The Strada Smart head unit features the standard Strada family functions and the display is customisable. Operating it is simple; you just get one button that scrolls you through three different pages of data.

Sending the data from the App on your phone to websites like CateyeAtlas, Strava and Training Peaks is easy too – it’s just a one touch operation.

Stock will be available in the UK from April. For more on Cateye go to www.cateye.com/uk or visit the website of UK distributor Zyro.