Transition Bikes is a US mountain bike company and they’ve just added a cyclo-cross model to their range for 2014, the Rapture. It features a steel frame and fork, disc brakes and can be run in singlespeed or geared configuration. And it looks rather nice don't you think? 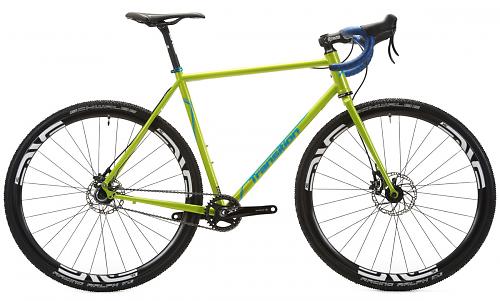 It’s not unusual for mountain bike companies to also offer a cyclo-cross bike, just look at UK firm Orange with the CX9 we’re currently testing. Transition says “many of the folks at Transition are long time cyclocross racers so it was only natural to come out with our take on a cross bike.” It's hard to ignore the rise in popularity of cyclo-cross bikes both for racing and blasting around the woods, and even road cycling relunctant mountain bikers can see the appeal. 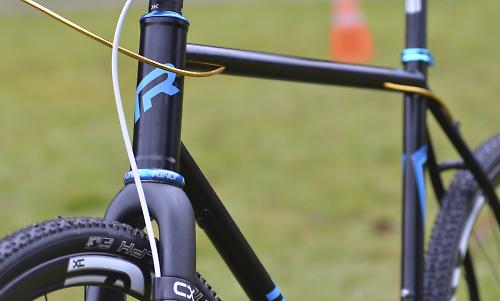 They’ve used a 4130 seamless and butted chromoly tubeset from one of their hardtail mountain bike frames, and it's ED coated inside and out to guard against rust. The photos show it in singlespeed setup, it can also be run geared if you prefer. They've created their own dropouts with a Swinger Tension System that, they claim, allows for easy singlespeed wheel changes with a QR axle and no need to retension. Which if it works as they say is an obvious attraction over the usual fiddle of removing a singlespeed wheel. 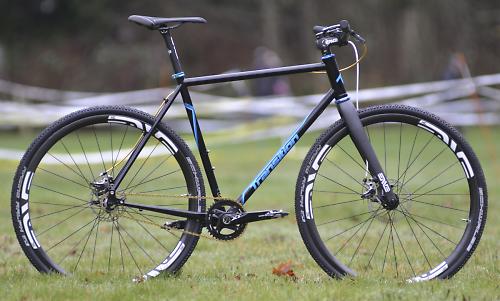 The frame is fitted with disc brakes, an obvious move for a company well used to the benefits of disc brakes. The rear brake hose is routed inside the top tube so there’s nothing to rub on the shoulder when carrying it over obstacles. And if you decide to embrace your hidden desire for pedalling one gear, the down tube cable stops can be removed to give the frame a clean aesthetic. And clean to emphasise its versatility, it can be built with a short stem and mountain bike riser bar, as in the photo above. Up front is a 44mm head tube, something we’re seeing increasingly on steel road frames (the Genesis Volare steel road frame has a similar 44m head tube), and takes the company’s own steel disc fork. That head tube though does mean you could easily fit a carbon fibre fork with a tapered steerer tube, like an Enve CX fork for example.

No UK price has been confirmed yet, but it does cost $599 which includes the steel disc fork. More at www.transitionbikes.com/