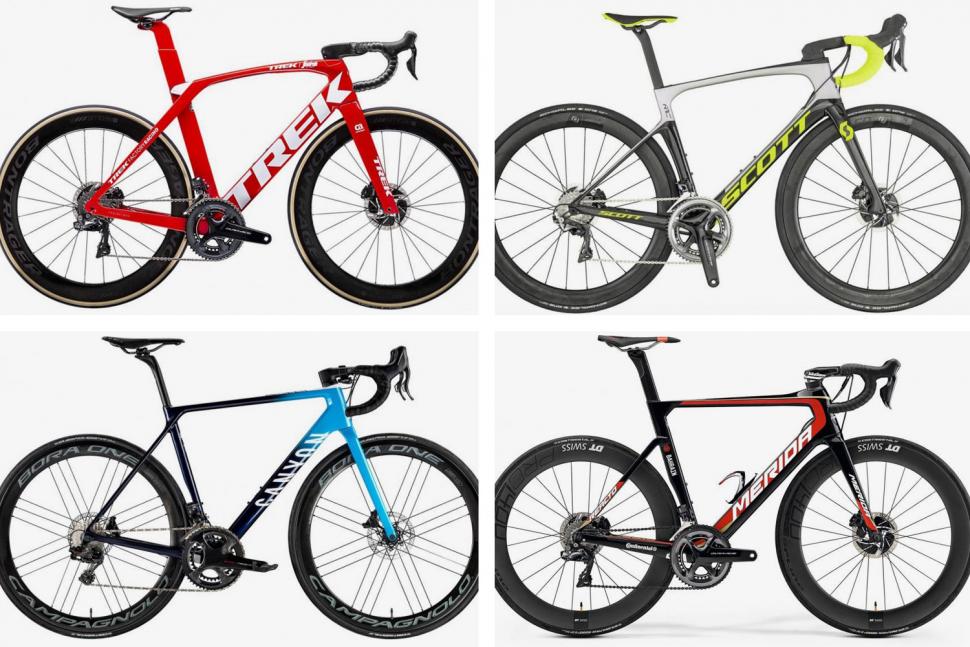 7 Tour de France bikes you can buy yourself June 2019

7 Tour de France bikes you can buy yourself

The Tour de France starts in Brussels next weekend and here are some of the team bikes that you can buy yourself – as long as you’re willing and able to shell out a big wedge of cash.

Brands often sell more affordable versions of bikes that sponsored teams ride, with spec downgrades to make price points, but that's not what we're covering here. No, these are bikes that either virtually identical to those ridden in the Tour or ones with just a few differences. Essentially, they're of a similar level.

Sometimes there will differences in components. A race team might have a deal with a certain wheel brand, for example, while the bike brand has commercial reasons for speccing product from a different company.

Take a look at our Tour de France 2019 preview

We’ve stuck with bikes that are finished in team livery or at least the same colours used by the relevant team (or, in one case, an individual rider’s personal finish) rather than including models in standard finishes that just happen to be ridden by pro teams. If team colours don’t interest you, all of these framesets come in other finishes too.

Every frameset that you see in the Tour de France is commercially available or, in the case of very recently announced models, will be soon. Even if a bike brand doesn't offer a complete bike built up with the same components used by a particular team, you could put together a copy of anything ridden by the pros if you have the funds. 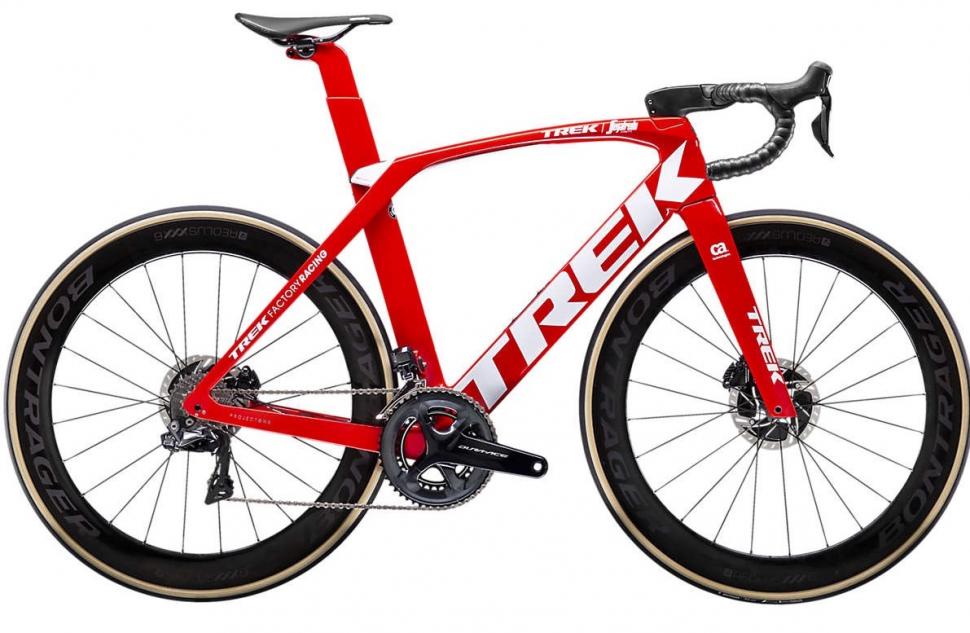 This is almost exactly the same bike that members of Trek Segafredo race on, the only real differences we can spot being that the team use tubular tyres and the relevant wheels rather than clinchers, and they also have Shimano Dura-Ace power meters as opposed to a regular chainset.

Read our review of the Trek Madone SLR 9 Disc 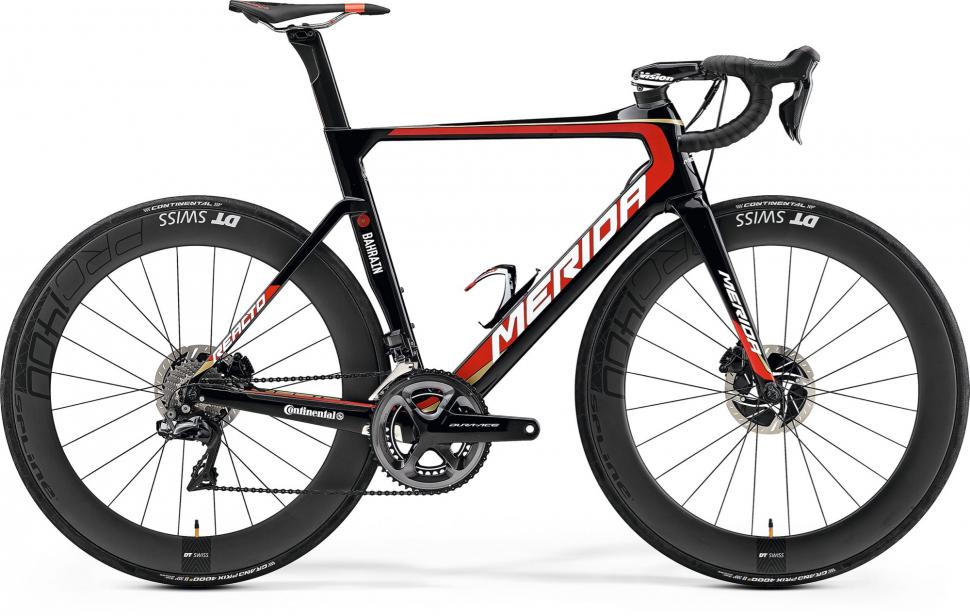 The Reacto is the aero road bike in Merida’s range with the Scultura being the lightweight option. It’s available in both disc brake and rim brake options.

Read our review of the Merida Reacto Disc Team-E

The Bahrain-Merida riders use Shimano Dura-Ace Di2 groupsets and, in many cases, a Vision Metron 6D combined handlebar/stem, both of which are features of the Reacto Team-E. The team uses Fulcrum wheels, though, rather than the DT Swiss PRC 1400 Spline DB 65s specced here. Including this bike in our list is a bit of a cheat because, although the Canyon Ultimate CF SLX Disc 9.0 might come in Movistar colours, the team members use rim brakes rather than disc brakes.

Movistar uses Campagnolo Bora Ultra wheels rather than the next-tier-down Bora Ones specced here. Campag doesn't produce a disc brake version of the Bora Ultra – not yet, at least. 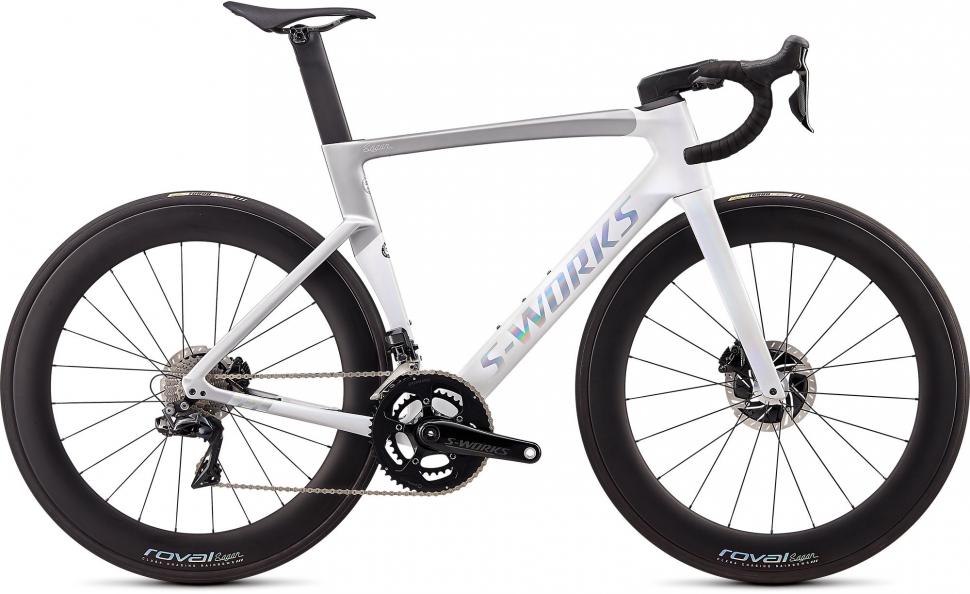 We all have a spare 10 grand kicking about to spend on a new road bike, don’t we? No? Me neither. If you did, though, you’d be able to get yourself a new Peter Sagan edition Specialized S-Works Venge.

The spec is very close to that of Peter Sagan’s Specialized S-Works Venge with a Shimano Dura-Ace Di2 groupset and Roval CLX 64 Disc wheels. 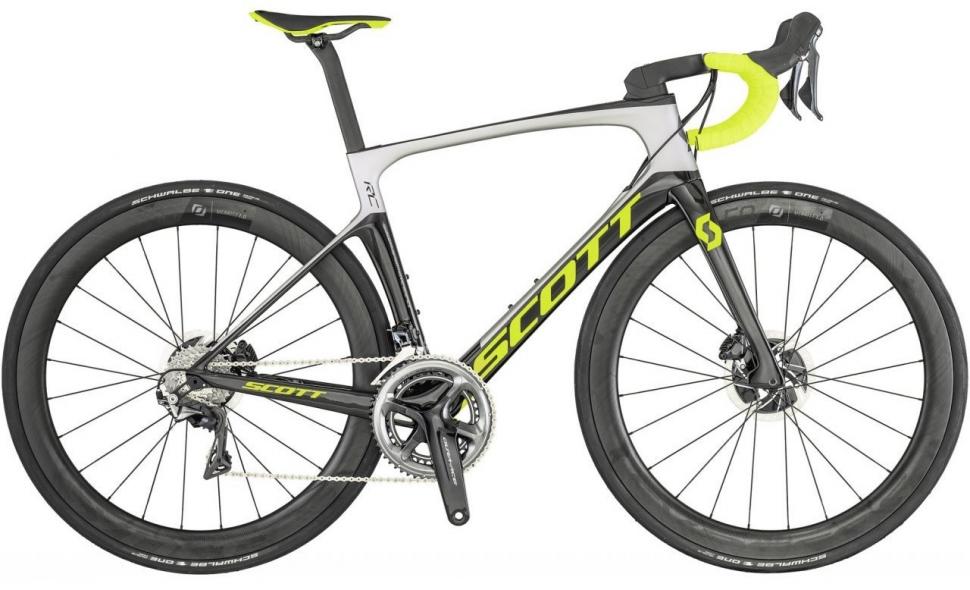 "The Scott Foil RC Disc is our Michelton-Scott Team Replica," says Scott, although this bike is built up with the mechanical version of Shimano's top-level groupset whereas the pros use Di2 (electronic) shifting. The team bikes are also equipped with Shimano wheels while these are from Scott-owned Syncros. 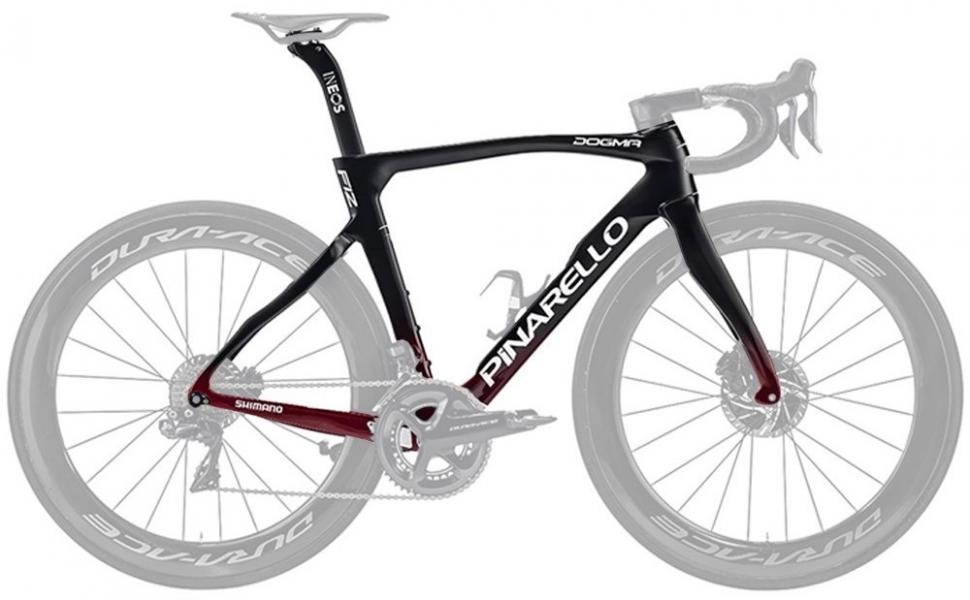 Riders from Team Ineos will be racing the Tour de France on the Pinarello Dogma F12 which was announced at the start of May. The frameset is available in a variety of finishes, including this Team Ineos version.

Pinarello says that the F12 is more aerodynamically efficient than the F10; the equivalent of 8 watts at 40km/h (25mph) – in other words, you'll be able to sustain that speed while putting out less power.

Pinarello has also announced X-Light versions of both the Dogma F12 (£6,000) and Dogma F12 Disc (£6,200) framesets in its 2020 lineup. If past years are anything to go by, the rim brake version will be ridden by two or three Team Ineos riders in the Tour de France – probably Geraint Thomas and Egan Bernal, at least. 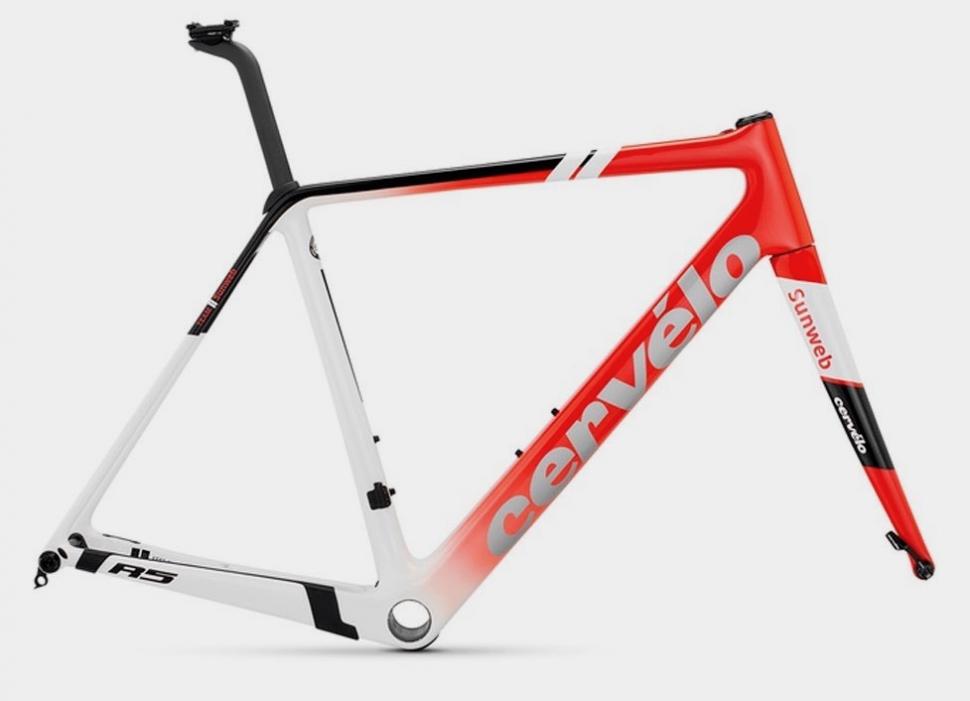 Germany's Team Sunweb has switched from Giant to Cervelo framesets for 2019. The R-Series contains the classic road bikes in the range, as opposed to the S-Series which is the aero lineup.

Read our review of the Cervelo R5 Disc

The R5 is available in both rim brake and disc brake versions, each in various complete bike builds.